Editor’s note: Occasionally, HMLC will provide scholarship funds for students who are taking trips to further their education about the Holocaust. In return, we ask for a photo and an article about what impressed them the most about their trip. Yael Avni was one of our scholars. She wrote a most poignant article about her experience and we wanted to share her thoughts with our members.

Masha was two years old when she was killed. Not killed, murdered. My scouts group and I were standing in a circle. Our counselors handed out different papers that had a picture, a name, and some information and some information on them. When I received my paper, it took me a minute to realize what I was looking at. I just stood there examining Masha’s picture. Thinking about her life, her family.  We went around the circle, each person reading the name on their paper. Everyone was so serious, reading the names slowly, showing the picture. I couldn’t comprehend what they were reading. I didn’t notice it was my turn until I felt all eyes were on me. Waiting for me to read Masha’s name. I was shaking; my voice cracked. Right there, in the children’s forest where about 800 kids died during the Holocaust. I had to read one name, one of too many.

Last summer, I went on a trip to Poland with the Israeli scouts. We went to learn about the Holocaust, and to understand more deeply what happened at that time. I was expecting to be very emotional, I thought it would be the worst week of my life. It was not at all like that. From the many places we visited, the Children’s Forest was probably the hardest to visit. They explained and described the way things happened there. They made me think. Reconsider everything I thought I knew. I felt as if in that moment, all the stories I have heard and all the movies I have watched became real. That morning we woke up early and went on a bus ride. We were talking, laughing and playing games. We didn’t think about what we were about to experience. As soon as we got to our destination we had to walk for a bit. We walked past a beautiful neighborhood with trees, cars, and people biking with their kids. I felt as if I was just in a regular place with a gorgeous view.

It was so peaceful. After we walked past the street and took a few steps toward the forest, it was like a trail with tall and strong trees around. I felt as if we were taking a trip, exploring the place. I forgot what we were doing there. We sat in a circle on the wet green grass and our instructor, Eran, told us we have arrived at the Children’s Forest.

I noticed the small fences creating rectangular shapes around the grass but nothing in them. They were all graves. There was one rectangular one that had a gravestone in it. A lot of rocks were put on it to symbolize that we remember.

The children died in kever achim. This is when the Nazis made the people they were about to kill dig a big grave. They would then shoot them in cold blood. Friends and families had to watch each other as they were being shot and shoved into the mass grave. It’s impossible to think the way they did, to feel what they felt.

I was there to see. I was there to learn from what happened, to stop it from happening again. I still can’t believe what people would do if you would put them in a certain situation. I learned that I can’t judge, since I was never in a situation like that. I learned about the huge role society plays in our decisions. It completely changed the way I view life, and the way I’m experiencing it. I started doing little things that might change someone’s life one day. I started believing I can make a world better whether it is mine or someone else’s. 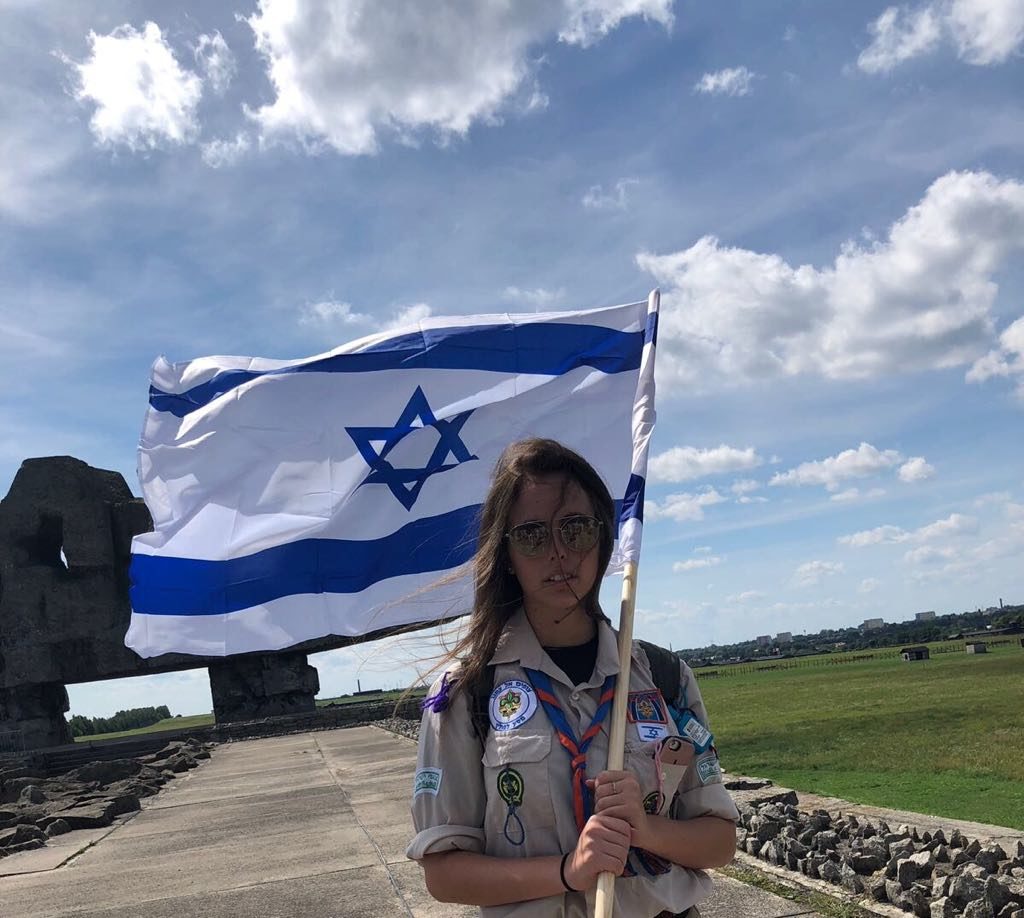