Providing a glimpse into the past injustices, sacrifices, and heroics

This area contains pre-World War II photographs of Holocaust survivors who immigrated to St. Louis or relatives of St. Louisans who perished or suffered under Nazi oppression. These images introduce the concept of the “mosaic” of victims of the Holocaust, representing various ages, nationalities and geographic regions, professions, levels of religious observance and lifestyles. These portraits vividly remind the visitor that before these people became victims they were individuals leading vibrant and widely diverse lives.

Jewish Life Before The Holocaust

Prior to the Holocaust, many Jews in parts of Europe assimilated into the life of their dominant culture, and maintained a strong national identity to their respective countries. 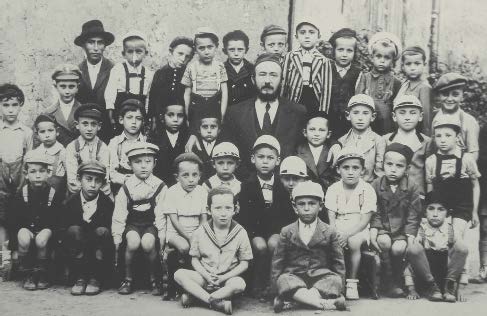 Hebrew school class of Gustav Schonfeld* (seated directly beneath the rabbi), Munkacs, Hungary, 1939. Schonfeld is the only person in the photograph known to survive the Holocaust. 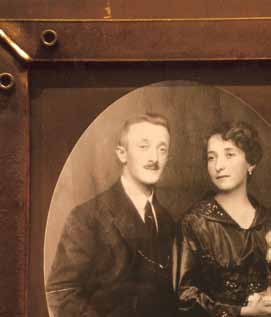 Wedding photo of Elias and Theresia Burger, Vienna, Austria, 1917. Theresia survived the Holocaust in hiding in France and Italy with her son, Harry. Elias was deported to Auschwitz and murdered. 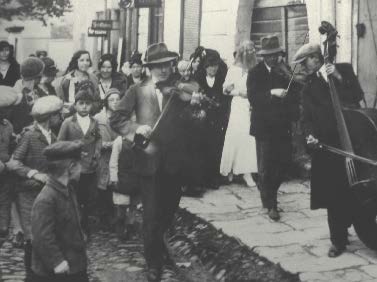 A Jewish wedding procession with musicians in Austria, 1934. 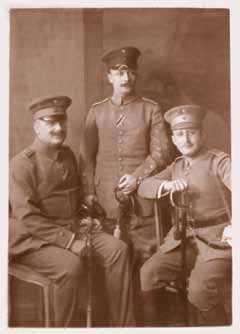 Lieutenant Walter Liebman (center) with two fellow officers who served in the German Infantry during World War I.

The Rise of Nazism In Germany

Tracing the rise of Nazism in Germany, the second exhibit area focuses on events that led up to the Holocaust. The exhibits examine the use of propaganda, the perversion of science to justify anti-Semitism, the establishment of the Nuremberg Laws, and the introduction of anti-Semitism in German school curricula. The ever worsening situation culminated in the pogrom of November 9-10, 1938 (Kristallnacht). 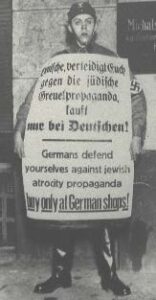 Stormtroopers hold signs to intimidate shoppers during a boycott of Jewish businesses, April 1, 1933. 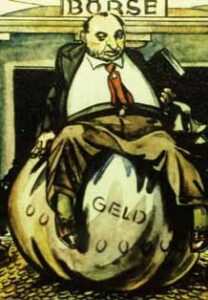 An illustration from The Poisonous Mushroom, an anti-Semitic children’s book, published in 1938. 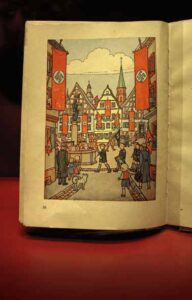 Early World War II & The Beginning Of The Holocaust

After the Nazi invasion of Poland and the beginning of World War II, living conditions for Jews worsened. Many Jews, unable to flee to safety, were forced into overcrowded and unsanitary living quarters known as “ghettos” where many perished from starvation and disease. Others were interned in concentration or slave labor camps where they were literally worked to death. 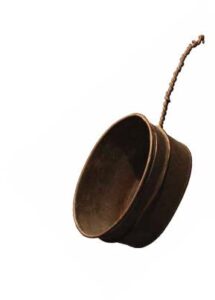 A soup bowl on display from Camp-de-Gurs. If the bowl were lost or stolen, the inmate would be unable to obtain food rations and risked starvation.

The Holocaust & the Final Solution

After the “official” implementation of the Final Solution to murder all European Jews, the transport of the Jews to the East increased dramatically. Many died from starvation and disease. At six death camps, including Auschwitz-Birkenau, Jewish prisoners were asphyxiated in gas chambers and burned in crematoria. In all, more than 6 million Jews, including 1.5 million children, perished during the Holocaust. 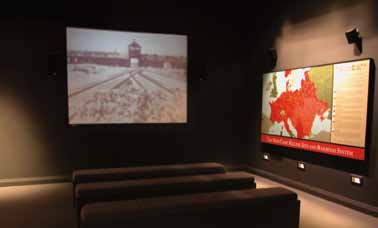 A brief video on the Final Solution 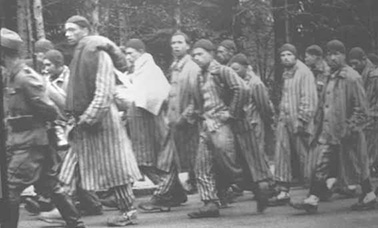 Prisoners from Dachau on a death march in Gruenwald, Germany, April 29, 1945. Leo Wolf, a co-founder of the HMLC, is seen walking with friends in the photo. 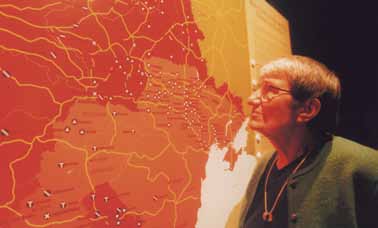 Annually, thousands of students and visitors use the camp system map donated in 1999 by Margaret* and Irvin* Dagen

In 1945, as Nazi Germany was losing the war of expansion, the Nazis continued the war against the Jews and accelerated the mass murder of Jewish prisoners. As American and Soviet troops liberated prisoners, they were horrified by the unimaginable cruelty and death of the camps. 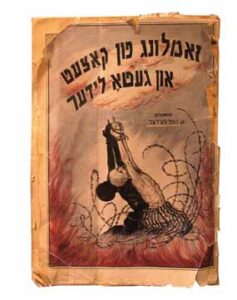 A book of concentration camp and ghetto songs printed shortly after liberation in 1945. 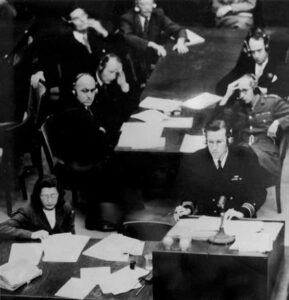 Jewish Life After The Holocaust

Following the end of World War II and their liberation from Nazi persecution, Holocaust survivors began the long process of rebuilding their lives, families and communities. Some tried to return home while others remained in displaced persons camps, often for many years. Many immigrated to the “new” state of Israel, established in 1948, and fought in its War of Independence. Others came to the United States. It is estimated that more than 300 Holocaust survivors immigrated to the St. Louis region after the War. 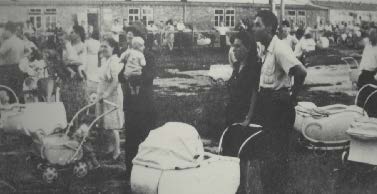 After the war, many survivors remained in displaced persons camps as they began to rebuild their lives. Many of them married and began families in the camps.

Ann Lenga, a Holocaust survivor, with her daughter, Margi, in St. Louis, 1953. 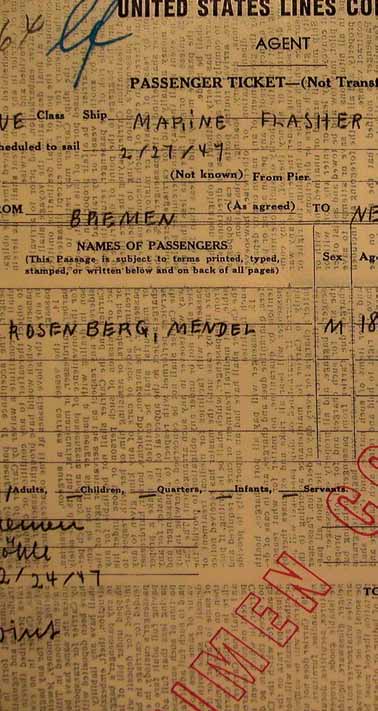 A ticket for passage on a ship that brought Mendel Rosenberg to the U.S. in 1947.