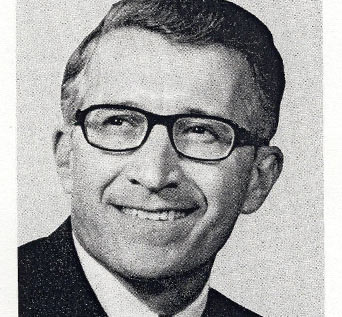 Chief Justice Albert L. Rendlen was born April 7, 1922 in Hannibal, Missouri. Rendlen enlisted in the United States Army in 1942 and served until 1946. He was in the European Theater of Operations, 1944-1946, as a rifleman with the Sixty-third Armored Infantry Battalion. He was a liberator of Mauthausen Concentration camp near Linz, Austria. 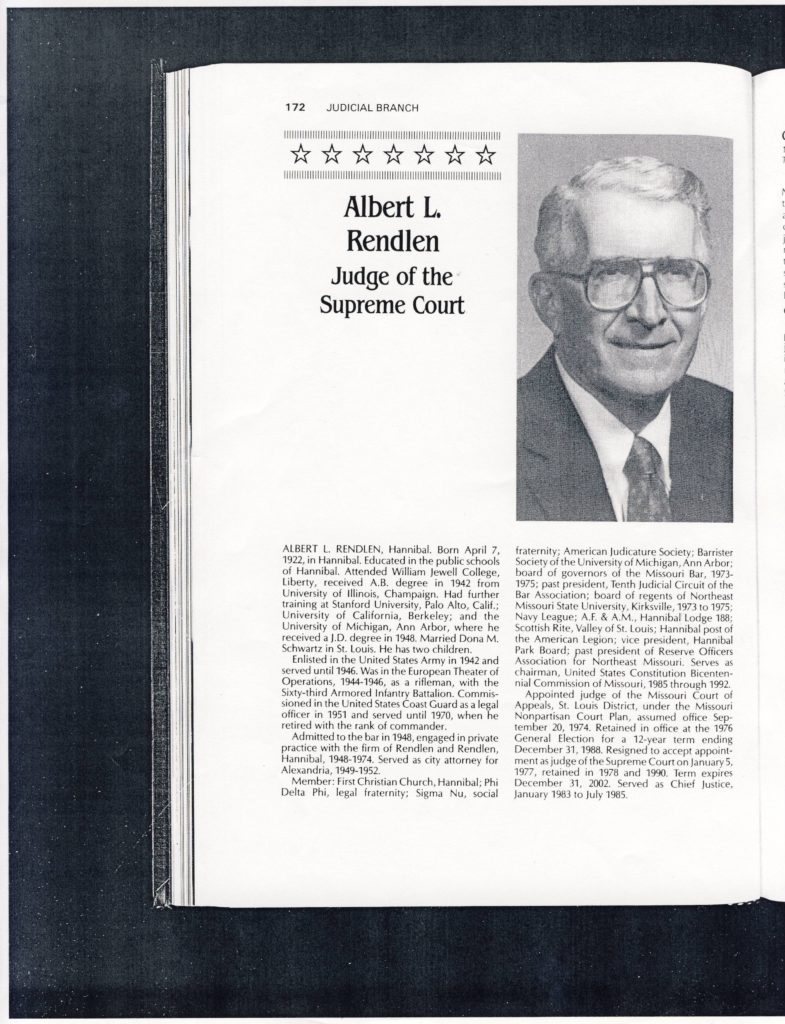 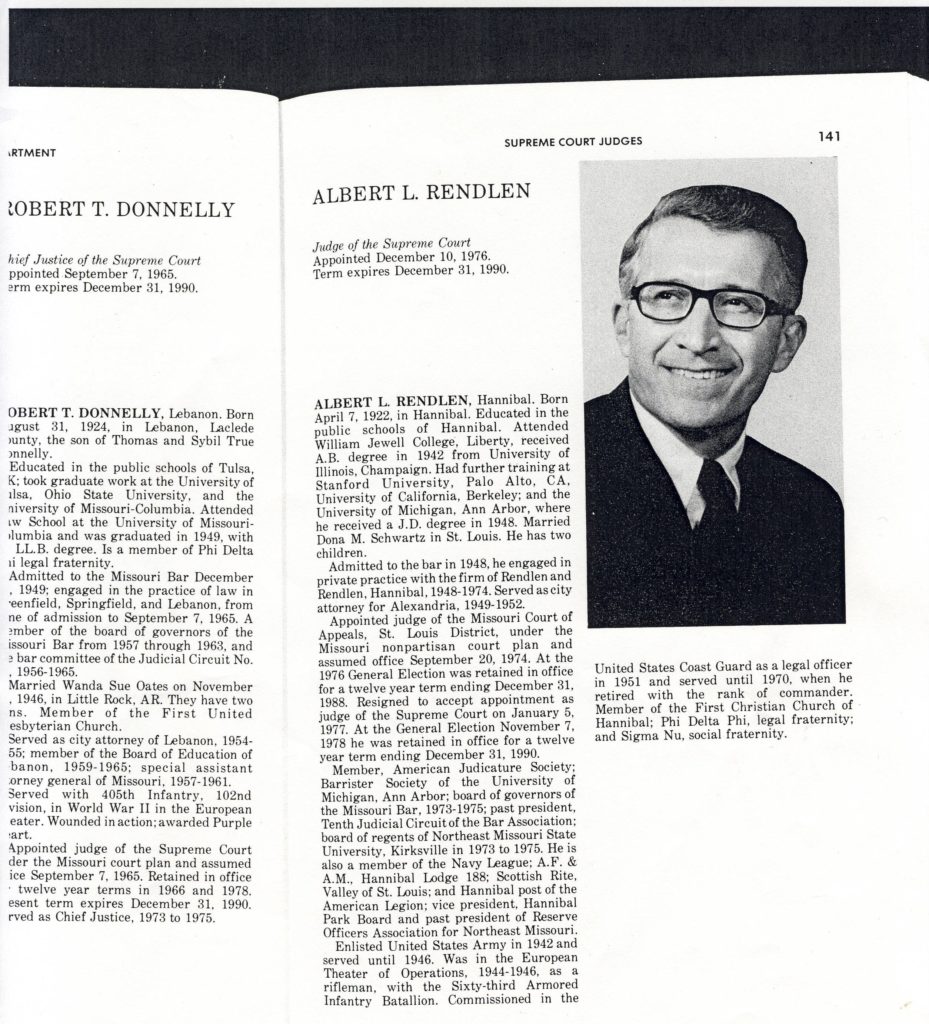 Click on the location markers to learn more about Albert. Use the timeline below the map or the left and right keys on your keyboard to explore chronologically. In some cases the dates below were estimated based on the oral histories.

Start Albert's Timeline
“You don't leave [an experience like that] behind. Nothing I've ever experienced even comes close to that. I've had disappointments. I've had sadness. I've had great moments of exaltation, and they're level lines in comparison to this.” - Albert Rendlen