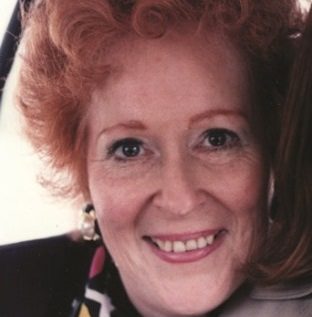 Born Erika Schick on April 20, 1938 in Budapest, she was the daughter of Eugene and Piri Curtis Schick. An only child, Erika, who showed early prowess as a student, attended high school in Budapest. When the Nazis occupied Budapest, Piri had the courage and foresight to escape to the Swedish Legation in Budapest, whose sovereign status was not challenged by the Germans. Once inside the legation, they received papers and protection from Raoul Wallenberg, the brave Swedish diplomat who saved thousands of Hungarian Jews by issuing them papers.

While Piri and Erika survived the war, Eugene Schick had been arrested by the Nazis and sent to the infamous Mauthausen concentration camp in Austria. He died one day before the camp was liberated. After the war, Piri Schick tried to resume a normal life for herself and her daughter Erika. But in 1956, after the Soviet Union crushed the anti-Communist Hungarian Revolt, the Jewish community once again became vulnerable to being a scapegoat. Working with the Hebrew Immigrant Aid Society (HIAS), Piri Schick sought to have her daughter taken in by a foster family in the United States. At the age of 16, Erika found herself at the home of the Zacks Family of Columbus, Ohio.

Erika later attended Ohio State University. After graduation, she accepted a job in Cincinnati, and through the indirect efforts of a mutual friend, she met Jay Goldburg of Atlanta, a rabbinical student at the Hebrew Union College. They were married for 47 wonderful years. Erika Schick Goldburg passed away on June 1, 2010.

Click on the location markers to learn more about Erika. Use the timeline below the map or the left and right keys on your keyboard to explore chronologically. In some cases the dates below were estimated based on the oral histories.

Start Erika's Timeline
“In a yellow star house, there were lots of Jews but Christians, too. During an air raid, the Christians wouldn't let the Jews into the shelter. Almost every Jew in the room died. My mother called me and I ran. If I had asked why I wouldn't be here.” - Erika Schick Goldburg