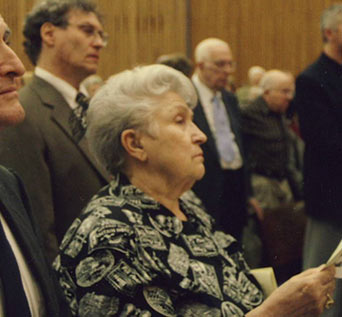 Eva Klin (b. Albrecht) was born in 1929 in Munich, Germany. Her stepfather was a mechanic; they owned a small house with a garden. Eva had two sisters. The family was Catholic. They regularly attended church, and Eva received Catholic instructions at school.

Starting from 1935, Eva recalls small changes in the everyday life that even as a child she noticed: the greetings were changed from “Gruss Gott” to “Heil Hitler,” the cross was removed from the classroom, and prayer services at school were changed to political instructions. Eva’s stepfather opposed these movements of the Nazis; he often went to their priest searching for support from the church to resist the Nazis. He did not find any.

By the early 1940’s all of Eva’s classmates were members of the Hitler Jugend (Youth), and she describes that as a child she wanted to join, too. She also remembers the anti-Semitic propaganda in the newspapers and when she asked her mother about it, she didn’t answer any specifics, only said to Eva, “Just don’t believe everything that you see and you’re being told.” However, it was hard for Eva to believe that all the other people would be wrong and her mother right.

She describes an event when Hitler came to Munich and she went to see him with the crowd. As a child, she was excited and fascinated by the event.

As the war went on, living was harder and harder. By 1944, it became obvious that Germany was losing the war. The Nazi propaganda however stayed the same. In 1944, Eva’s stepfather eventually joined the Nazi party. Eva says that “he was torn between his allegience for the Catholic Church and his allegience for the Fatherland (Germany).”

Eva and her family lived approximately 20 miles from Dachau, the first concentration camp in Germany. She says, “I had heard about it before, but I didn’t want to believe it…And when in ’45 the doors opened and the people were found and skeletons and crematoriums…it was a rude awakening for me.” A few months later Eva met a Jewish man and learned more horror. She became disillusioned with Catholicism and she decided to become Jewish. She did not want to live in Germany any more either. A few years after the war, she converted to Judaism. In the meantime she met her future husband, and in 1952 they immigrated to the United States. With the help of the Jewish Family Services they settled in St. Louis, Missouri.

Eva is still angry with the Catholic Church that did not provide guidance to her stepfather, who in turn was not able to give her any either. She is also terrified of the thought that she might have become “something terrible” if she were a few years older in Germany at the time of World War II. 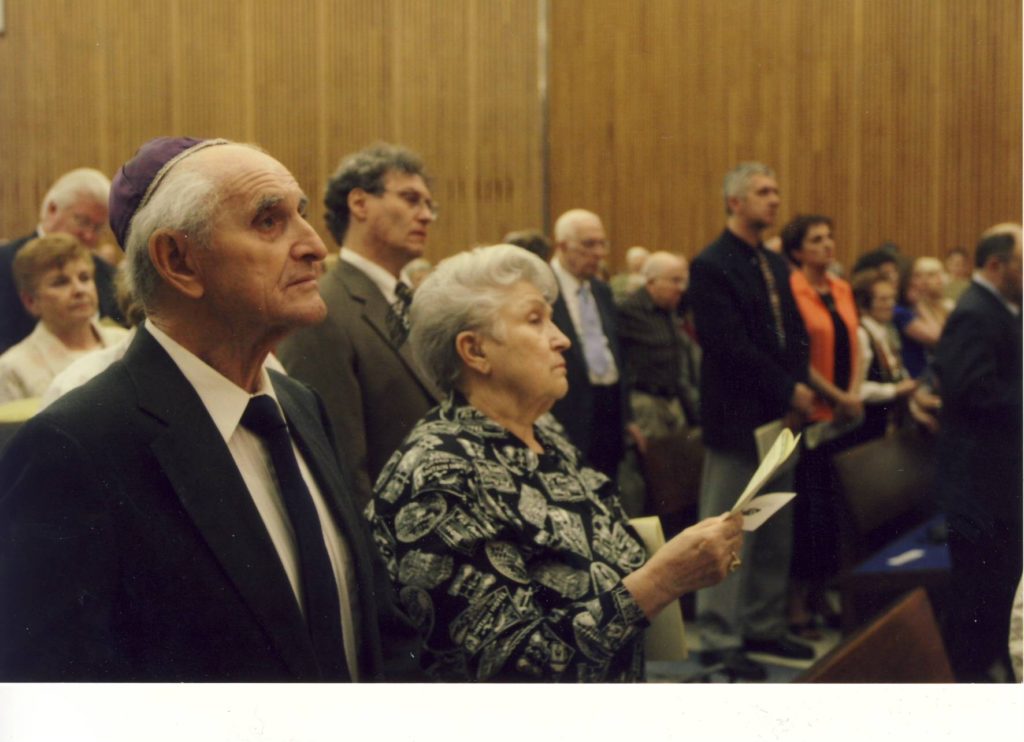 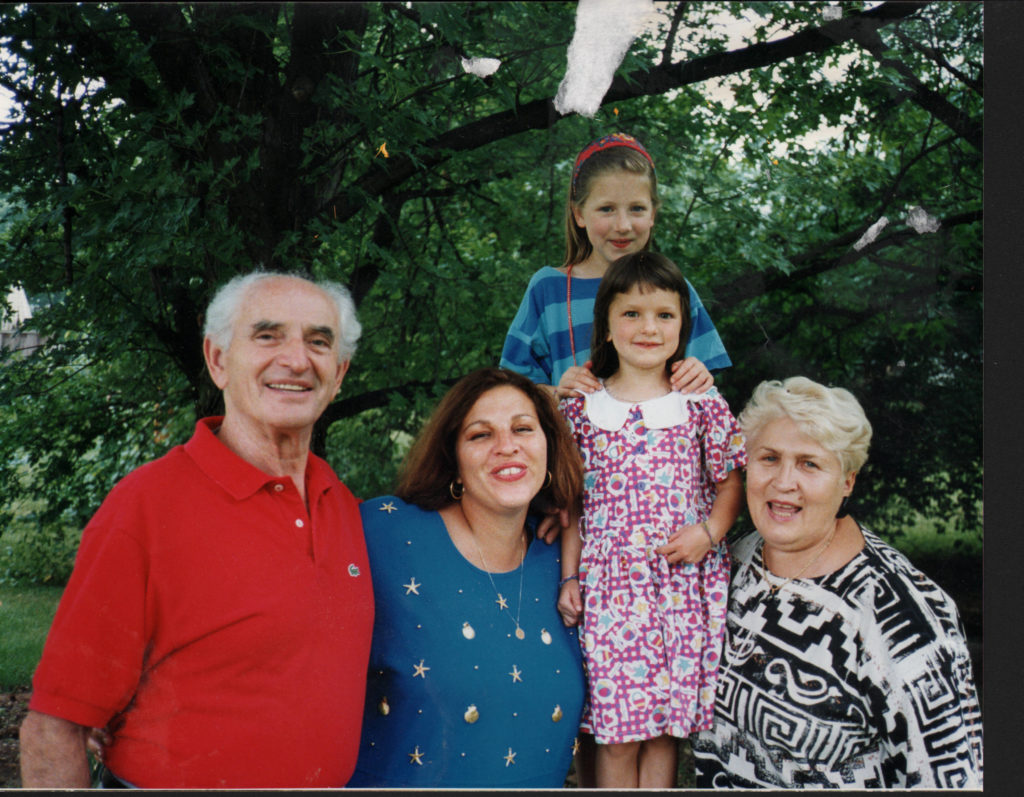 Click on the location markers to learn more about Eva. Use the timeline below the map or the left and right keys on your keyboard to explore chronologically. In some cases the dates below were estimated based on the oral histories.

Start Eva's Timeline
“You can only fool yourself so long and then you have to face it. I guess I had a lot of resentment also that they…I resented that they fooled us.” - Eva Klin