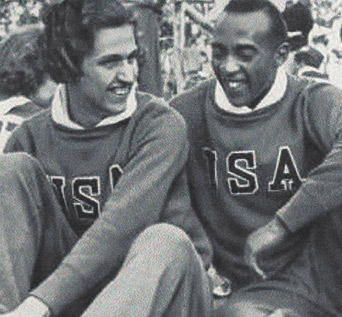 Helen Stephens was born on February 3, 1918, in Fulton, Missouri. At age 15, as a sophomore at Fulton High School, while trying out for a Missouri State Letter, Helen’s coach discovered that she ran the 50 yard dash in five and eight-tenths seconds. This equaled the world record at that time. Her coach worked with her to develop her natural talent, and as a 17 year old senior, she ran the 50 meter dash in the National AAU Indoor Championships in St. Louis at the Arena against Stella Walsh, an Olympic Champion for 100 meters. Helen won in six and six-tenths seconds for a new American indoor record for a clay track.

Helen was a member of the 1936 United States Olympic Team that went to the Games in Berlin. She won a gold medal at the Games in the 100 meter race. While in Germany, Helen got to meet various Nazi officials, including Adolf Hitler, Joseph Goebbels, Rudolf Hess, and Hermann Goering. Helen describes her experiences and observations as an American athlete at the 1936 Olympic Games in Berlin. 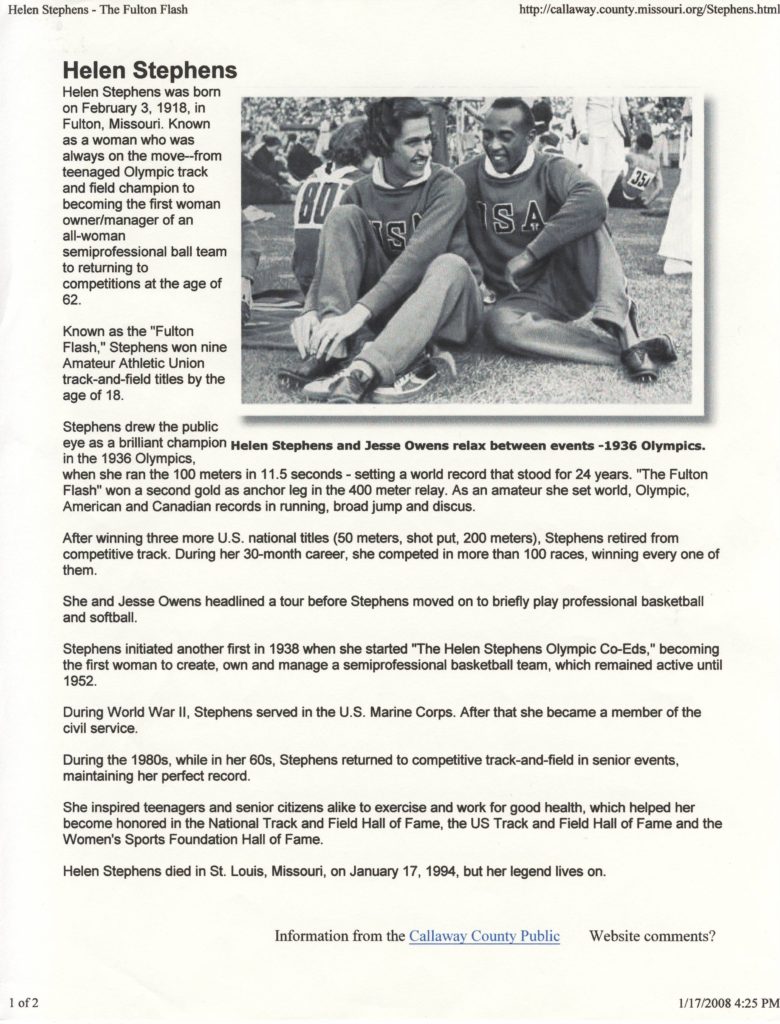 Click on the location markers to learn more about Helen. Use the timeline below the map or the left and right keys on your keyboard to explore chronologically. In some cases the dates below were estimated based on the oral histories.

Start Helen's Timeline
“I think that the Germans at that time – Hitler himself, and the rest of them, they felt that this was some kind of an invisible shield protecting those Americans. 'I mean we would like to tamper with them, but that is the only thing that deterring us. That damned American flag.'” - Helen Stephens