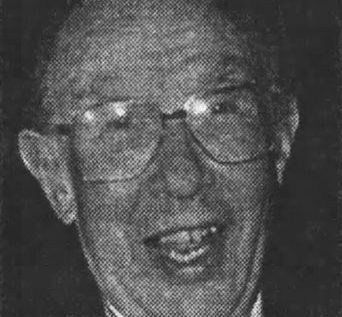 Henry Changar was born in 1922 in Warsaw, Poland. His father died in 1930, and after that Henry lived with his brother and mother, who eventually remarried. Henry describes his family as not very religious. He attended Christian school as a youngster, and as a teenager he attended a business high school. As a preteen, he worked in a factory and later a button shop to bring home extra income. In addition, the family had an embroidery business in their apartment that supplied material to the Polish army and eventually went bankrupt.

In September 1939, at the beginning of World War II, Henry was hospitalized with shrapnel in his finger as a result of the German attack on Warsaw (eventually the finger was amputated because of infection). He witnessed the organization and beginning of the Warsaw ghetto. After he was released, he lived with his family in the ghetto. He and his mother were able to do business on the outside for a short time because their appearances and name sounded Polish. Henry also attended a Jewish school located right on the edge of the ghetto.

Henry became involved with smuggling; he was able to sneak out with labor brigades, through bribery of guards, etc. One time he was arrested, but because of connections, Henry was able to send a letter to his father’s cousin in Warsaw, who was part of the Jewish Federation, and was later released. His father’s cousin was also able to get Henry’s brother released from Majdanek. Henry was arrested another time and was put on a cattle car to Auschwitz. However, he and two other people were able to saw through the door and jump from the moving train.

When Henry returned to the ghetto, he found that his mother had been taken to a concentration camp and his grandmother had been shot along with young twin girls, relatives of the family. His brother was still in the ghetto. Henry returned to smuggling – he snuck out with labor brigades and found Christian friends who were able to get him fake identification papers with a Christian name. Henry then smuggled various items back into the ghetto, including guns, food, and diamonds. He was arrested again for smuggling and put on a train to Auschwitz. This time it was a passenger train, and he was once again able to jump off and return to Warsaw.

His brother was no longer there, and Henry was forced to hide from the Gestapo in an attic, where he witnessed the brutal murder of a mother and baby. Eventually Henry escaped from the ghetto, this time as the Warsaw ghetto uprising began. Henry also spent a week at one point in the camp of Treblinka but was later released.

Henry was able to get a job as a carpenter for German engineers, the Todt Organisation. He was sent out east to Russia. On one of his breaks he returned to Warsaw, but was unable to locate any Jews there. He eventually went to Norway as an electrician to build barracks and help with tunnels. He remained there for the rest of the war.

After liberation, Henry went to a displaced persons camp set up in Oslo, Norway. He was offered citizenship by the Russian delegation, but he did not accept because he did not want to go to Russia. Instead, he remained in Oslo and located other Jews who had survived as non-Jews. Henry’s mother, stepfather, and brother died in the Holocaust. He was able to locate two stepbrothers, and he believes that some members of his extended family also survived, although he has been unable to locate them.

In March 1947, Henry came to the United States with the help of his uncle in St. Louis and the Hebrew Immigrant Aid Society. He later married and had a family.

Click on the location markers to learn more about Henry. Use the timeline below the map or the left and right keys on your keyboard to explore chronologically. In some cases the dates below were estimated based on the oral histories.

Start Henry's Timeline
“They found – they heard a baby cry. They tore up the partition over there in the attic with boards, was a mother and a baby, in a crib. They shot the mother. They put the baby against the wall and they said, 'Do you want to get some target practice?' He says, 'I bet you you don’t hit the eye,' from 30 yards away, or something like that. They – they took the baby and they shot both eyes, the baby’s eyes out.” - Henry Changar