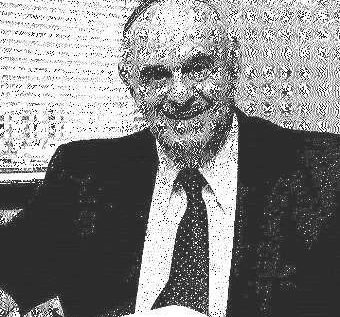 Nationality: Latvian
Location: Latvia • United States of America
Experience During Holocaust: Escaped the Holocaust • Family Died During the Holocaust • Served in the Latvian Army • Was a Soldier
Back to All Stories

Hyman Flaks was born in 1915, the second year of World War I, in a small town close to Riga (now Latvia, at that time it was Russia). A year later, his family was evacuated and they became refugees traveling from one town to another in Ukraine. Finally, in 1919, they moved to Vitebsk, a major city city in Russia (now in Belarus).

Hyman’s family was observant Jews; they kept the Sabbath and kept kosher. Hyman remembers this period after the revolution, 1917, as a very turbulent time. He describes an episode when he saw Lenin and Trotsky in the street. Jewish people often had to go into hiding to escape the vicious Cossack groups.

Later Hyman and his family moved to a smaller town near Pskov, Russia, where they thought they would have a better chance as Jews. They had a better life there; his father worked, they had enough to eat, Hyman went to public school, and he also had his Bar Mitzvah.

In a few years, they managed to move back to Riga, which was by this time Latvia, where Hyman’s grandparents lived. Hyman has very good memories of these years in Riga. He describes it as a modern city and a place where they did not have to suffer from antisemitism. Hyman was called into the Latvian Army once in 1936 for 18 months, and later in 1939 when World War II broke out, but he was released a few months later.

By this time, the news coming from Germany and Poland was very disturbing. Hyman had an uncle in the United States, and the family decided that he should leave Latvia. He came to the United States in 1940 and started working in St. Louis. He hoped to be able to bring his mother and sister here, too. Now it was much more difficult for Jewish people to leave Europe. Hyman’s family perished in the Holocaust.

Hyman later got married in St .Louis and had four children. He eventually became the executive director of Vaad Hoeir, the “Council of the City,” that represents the Orthodox Jewish community in St. Louis.

Click on the location markers to learn more about Hyman. Use the timeline below the map or the left and right keys on your keyboard to explore chronologically. In some cases the dates below were estimated based on the oral histories.

Start Hyman's Timeline
“I remember vividly at one time when the Cossacks of one of the Cossack groups was supposed to come into town, and they just came in and with the sabers they were just cuttin’ heads off of people, just like that. I mean, it was shattering, it was a shattering experience, especially men. Women they didn’t bother so much. If anything, they’d rape them but they would not kill them, and what a choice.” - Hyman Flaks

PRINCE: Explain what Hanseatic means.
FLAKS: Hanseatic means that that was a trade agreement between the countries along the Baltic Sea – North Sea, Baltic Sea, from Germany. The ships would ply the coast, you know, and carry on trade, and then some Germans from Prussia moved especially to the Courland province. Now, there the German language was very prevalent and a lot of Jews spoke at home German. Now, in my wife’s home, German was the spoken language.
PRINCE: She came from that province?
FLAKS: She came from Riga.
PRINCE: Oh, she came from Riga.
FLAKS: That’s right. Well, Riga was a center, I mean, so people were from all over.
PRINCE: More cosmopolitan.
FLAKS: Yeah, oh definitely, definitely, very cosmopolitan. When I came to the United States, I want you to know that there were many aspects of America which disappointed me.
PRINCE: Oh, like what?
FLAKS: Like what? The dirt, the dirt of New York. In Riga they used to wash the streets three times a day. I came to St. Louis to cobblestones on some streets. We had already asphalt all over. We had streamlined streetcars and here they still had those old rattling streetcars.
PRINCE: You know, yesterday, I was looking up and reading about Latvia. In Encyclopedia Judaica they had a group of men sitting there and I said to the librarian, “Aren’t they modern looking?” (LAUGHTER)
FLAKS: I have to tell you a joke. That’s okay what goes on the table. I have to tell you a joke. You know, I got off the boat in New York and a cousin met me. Every Jew has a cousin in New York. So, I have a cousin too…she’s gone now. And she met me with her husband and we get our first impressions of New York. On the way we get a flat tire, so she drives into a garage. They throw away the tube. It was an innertube. They throw away the innertube and put in a new one. Gosh, can’t you patch it? “Oh, it doesn’t pay to patch.” You say it doesn’t pay to patch. In Europe it would be all patches. You wouldn’t see the tube anymore.
All right, she takes me home. We have lunch and I say I want to write a letter to my mother, my sister. “All right, let’s go, we’ll buy some stamps.” Where do you buy stamps? At the drugstore – at a drugstore, stamps? That’s when I was introduced to the American drugstore, you know.
PRINCE: They have a soda fountain in the back.
FLAKS: I mean, a drugstore in Europe, you know – well they have an apothecary shop which was only medicines, or a drugstore which was called “drugaree,” which is – like they had already made capsules, medicines…
PRINCE: Over the counter.
FLAKS: Also, only without prescription that you could buy, not that you’d have to get a prescription for.
Then we walk out of there and she meets a girlfriend of hers and she said, “See, that’s my cousin. I just got him off the boat two hours ago.” So, she measures me up from top to the bottom, like this. And she said, “Oh my gosh, and he already put on American clothes?” (LAUGHTER BY BOTH)
PRINCE: She was as ignorant as I was yesterday. But it just looked so modern. It didn’t look like…
FLAKS: I want you to know the fashions reached Riga, you hear, just as fast as only the train or planes – we didn’t have – oh yes, we had little planes there. But it was the same thing.
PRINCE: I know.
FLAKS: We had phones in every home – just about in every home. We didn’t have television, but neither did the Americans have.
PRINCE: Hyman, why do you think we are – why do you think our feelings are that way?
FLAKS: I’ll tell you why our feelings are that way, very simple. You see, the people that came from Europe, a lot of them came from smaller towns, smaller communities, or even the larger communities, and they still had the impression that Europe is the same as it was 50 years ago, but it isn’t. You know, you go, for instance, to Israel – you think it’s an ancient land. Yes, there is some antiquities in the museums and some excavations. Otherwise, it’s as modern as here.
PRINCE: Now, I’m glad that I mentioned that, even if it showed my ignorance again, but it brought out a…
FLAKS: No, no, no, it’s not a question of ignorance.
PRINCE: Well, (OVERTALK)
FLAKS: No, it’s not ignorance.
PRINCE: A stereotype?
FLAKS: Well, it’s conceptual. You know, there are conceptions. You know, you picture that’s the way it was and you glorify it a little bit. Now, for instance, you probably heard the word shtetl.
PRINCE: Um-hum.
FLAKS: Okay, that’s a little town. Now, what was a shtetl? A shtetl was as big that if a horse and buggy would go in, the nose of the horse would be at one end and the back wheels would be at the other, and in the middle it was a big mud puddle. But, oh, the life in a shtetl was wonderful! They had dirt floors. To make it clean they’d sweep it up and put some fresh sand on the floor. That was a beautiful shtetl, you know. But those are concepts that live on and on, but they progress too.
PRINCE: All right. I think we’ll stop for today. Is that all right with you?
FLAKS: Fine with me.
PRINCE: Okay, thank you so much.