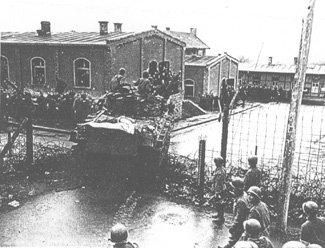 Nationality: American
Location: France • Germany • Nancy • Nuremberg • Oflag XIII-B
Experience During Holocaust: Was a Prisoner of War • Was a Soldier
Back to All Stories

James Turner was born in the foothills of Virginia. Mr. Turner was a PFC in the 714th Tank Battalion with the 12th Armored Division in World War II. He was wounded in Germany, captured by the Germans, and sent to a prisoner-of-war Camp in Nuremburg, Germany. He was liberated in April 1945 by the Americans. 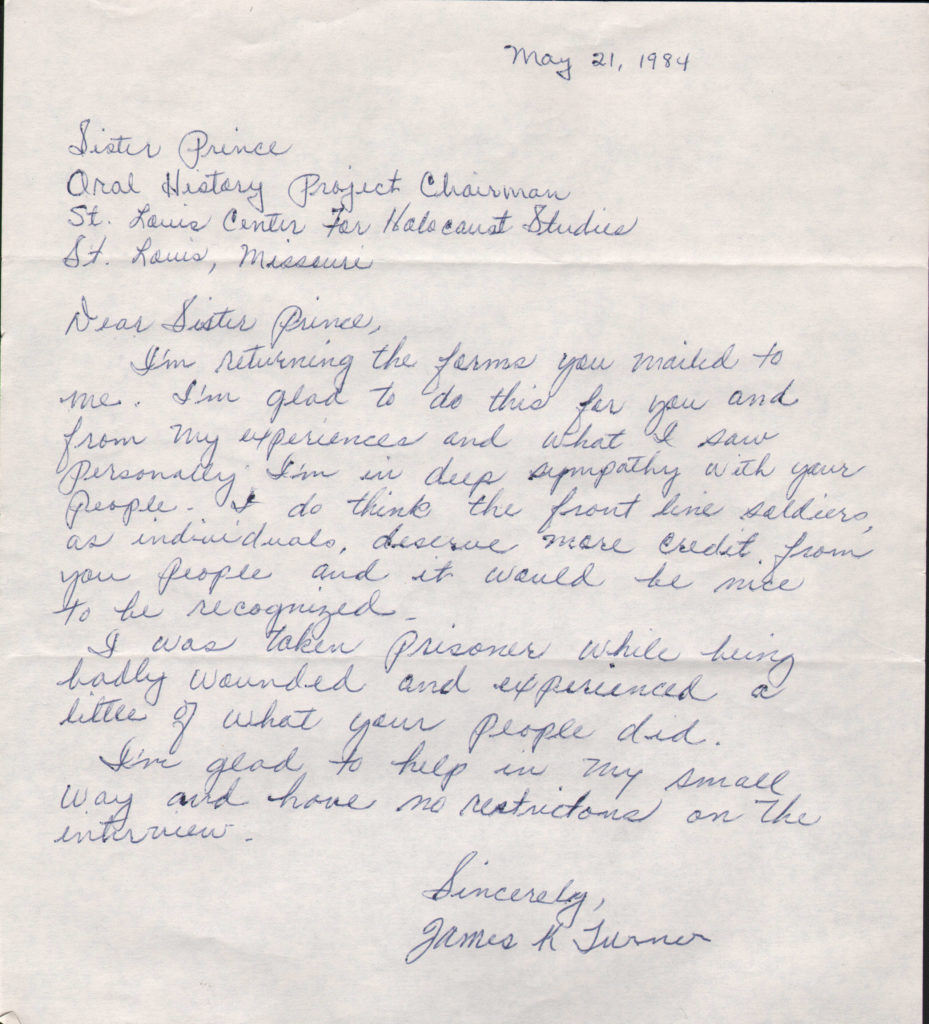 Click on the location markers to learn more about James. Use the timeline below the map or the left and right keys on your keyboard to explore chronologically. In some cases the dates below were estimated based on the oral histories.

Start James' Timeline
“Even before you got captured, there was always the dread of going up to the front line, always the dread of seeing your buddies get killed... The people that I had to fight beside were about the only things at the time that were important to me.” - James Turner