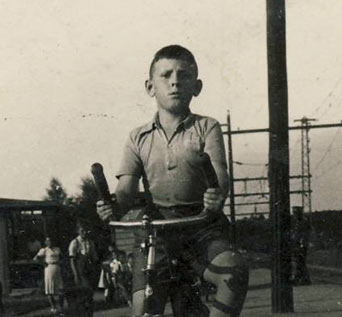 Nationality: Polish
Location: Kosów Lacki • Missouri • Poland • Pruskow • St. Louis • United States of America • Wrocław
Experience During Holocaust: Family or Person in Hiding • Family Survived • Liberated • Sent to Ghetto • Was a Child During the Holocaust
Back to All Stories

Jerry Koenig (birth name Jerzy Koenig) was born on January 1, 1930 in Pruszkow, Poland to Isadore and Mary Koenig. He was the older of two brothers; his younger brother was named Michael. His father was a businessman, and the family lived very comfortably by Polish standards. The family was Reformed Jews, although his grandfather, who lived with them, was more observant. Mr. Koenig attended public school with non-Jews and also attended cheder.

On September 1, 1939, the Germans invaded Poland, and Mr. Koenig and his family fled east. They were soon forced to turn back, however, and spent four weeks in Warsaw while the city was attacked. They were finally able to make it back to Pruszkow, where they were put in a ghetto. Eventually, that ghetto was liquidated and the Koenigs were sent to the Warsaw ghetto. His father was taken away for forced labor, and the family remained in the ghetto for approximately six months to one year. Mr. Koenig and his brother saw people starving and dying on the streets when they would walk around.

Somehow Mr. Koenig’s father was able to arrange for the family to be taken out from the ghetto. Mr. Koenig, his mother, brother and grandfather blended in on the streetcar and made it out safely. Their father met them later and they went to the town of Kosow, approximately 10 miles from Treblinka, where they lived with friends. During this time, Mr. Koenig’s grandfather passed away of natural causes.

Eventually, the family had to go into hiding. Mr. Koenig’s father was able to find a farmer who would hide the family in exchange for a 60-70 acre farm he owned. Mr. Koenig, his family, and seven other people spent the remainder of the war, almost two years, hiding in an underground bunker in the farmer’s barn. There were many bugs, and they were forced to lie very still and quietly with very little food and water. They were constantly afraid that they would be forced to either leave, or that the Germans would find their hiding space. Mr. Koenig recounts their daily life, as well as the horrors of the war years in the bunker.

They were liberated by the Russian army in 1945. The Koenigs remained in Poland until 1946, when they were able to come to the United States. 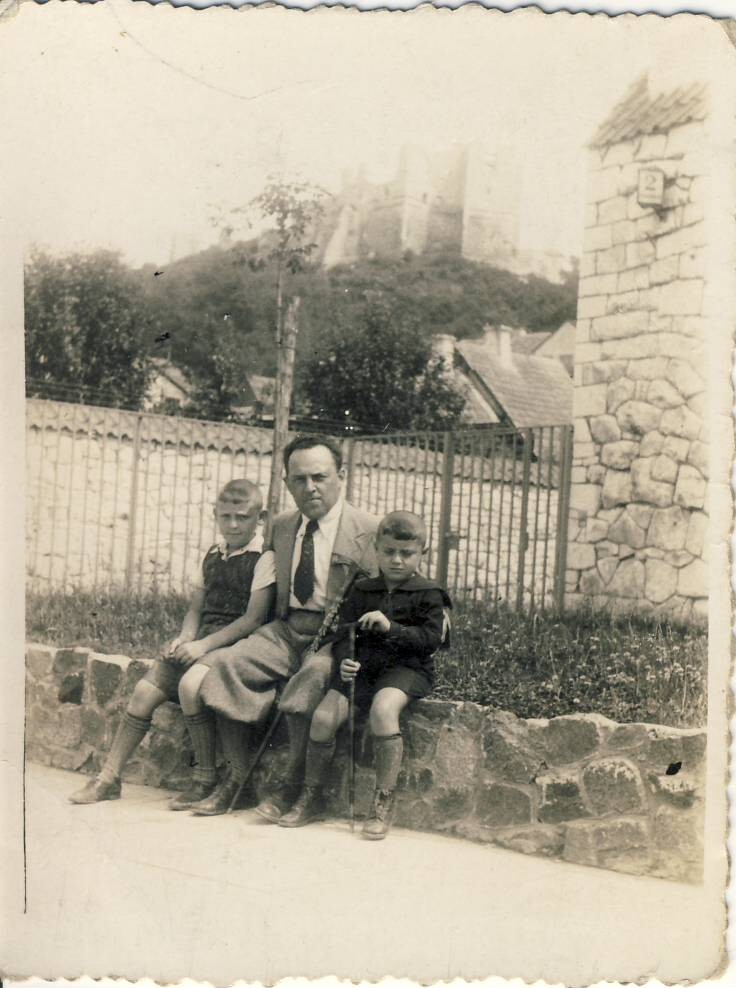 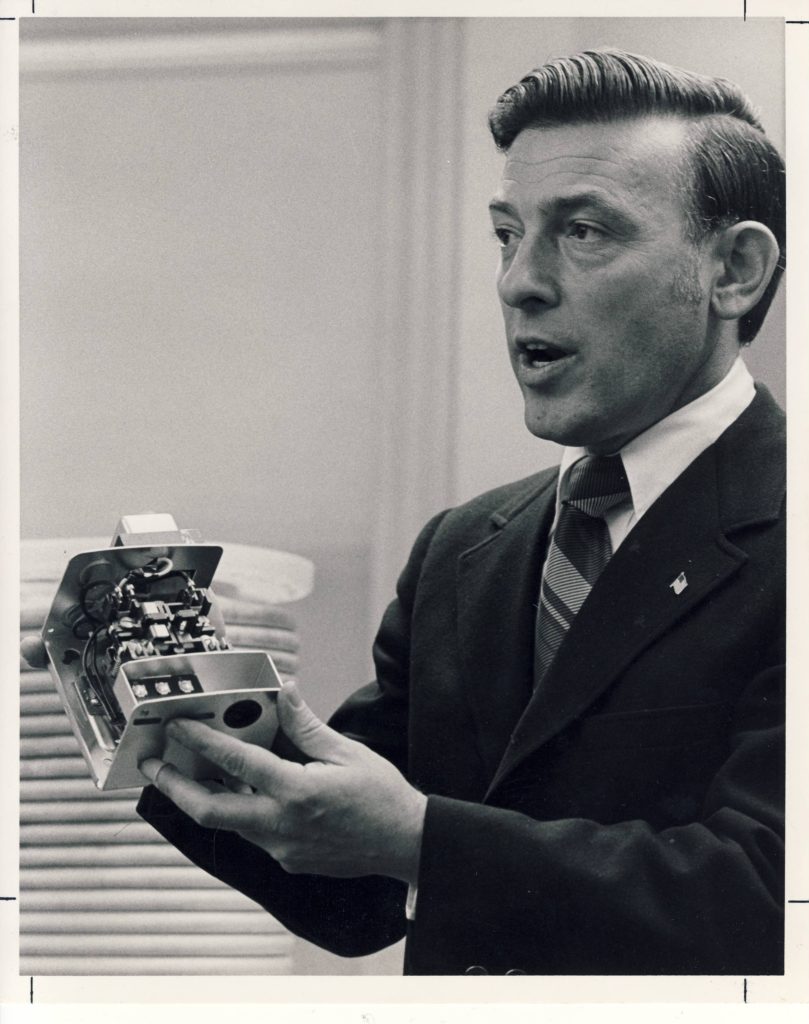 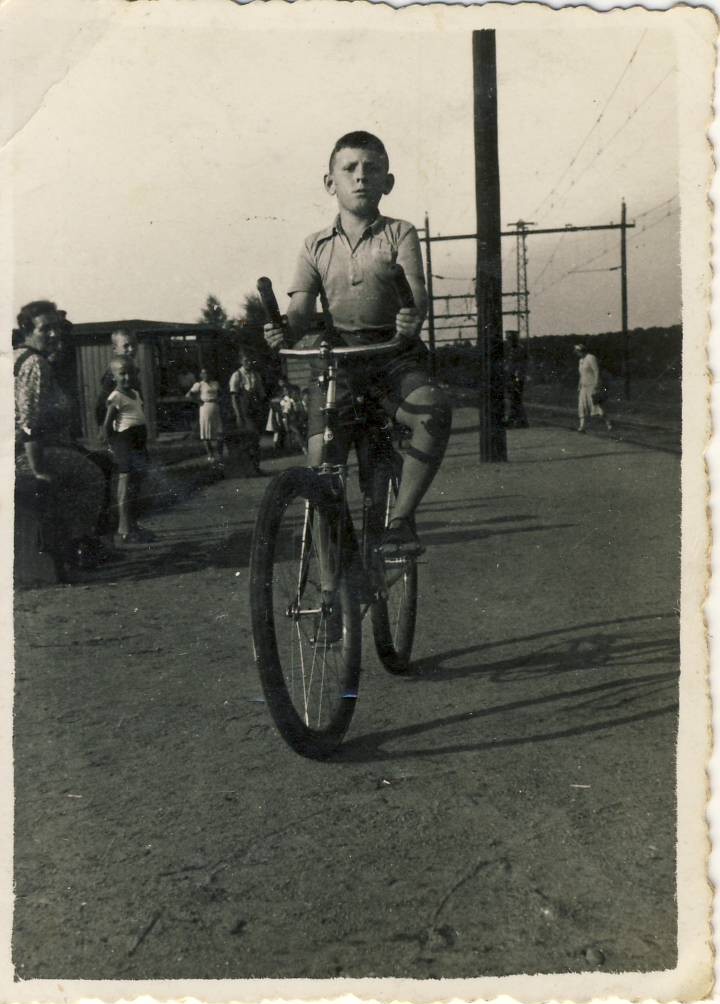 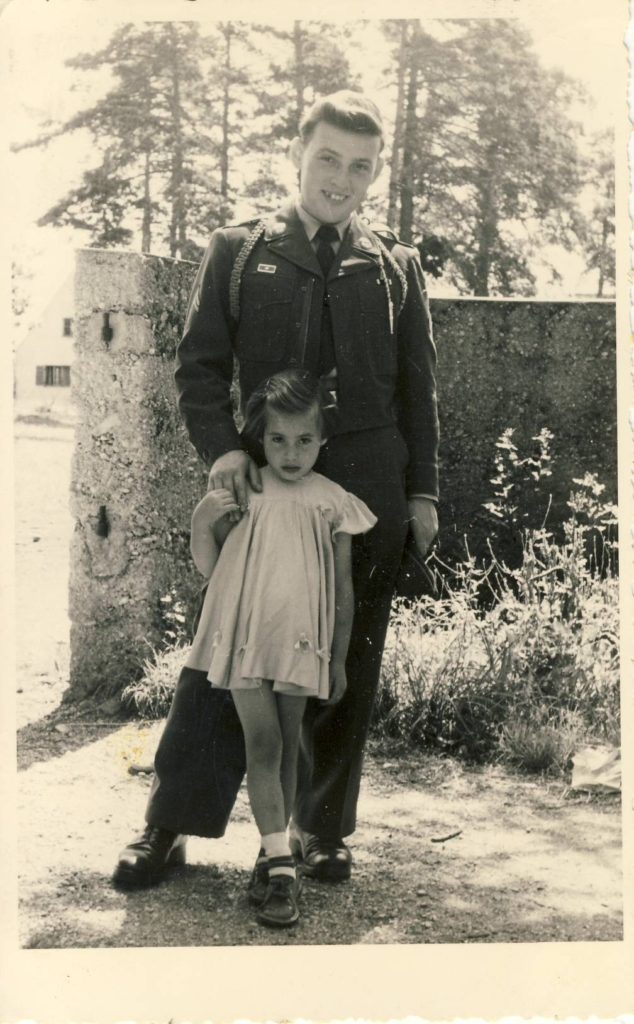 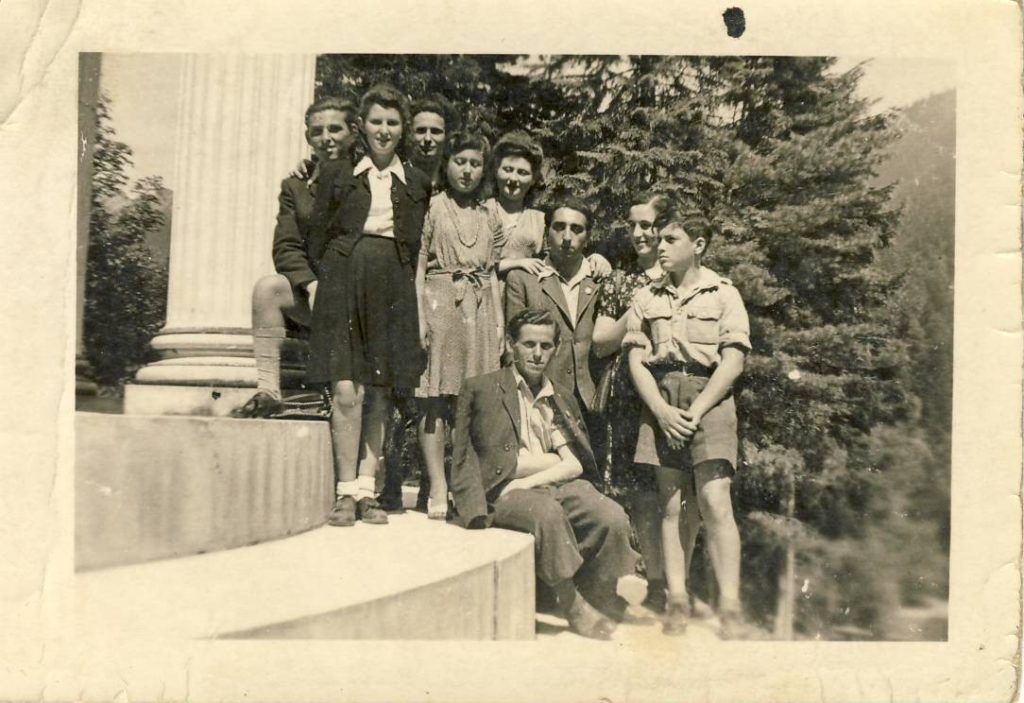 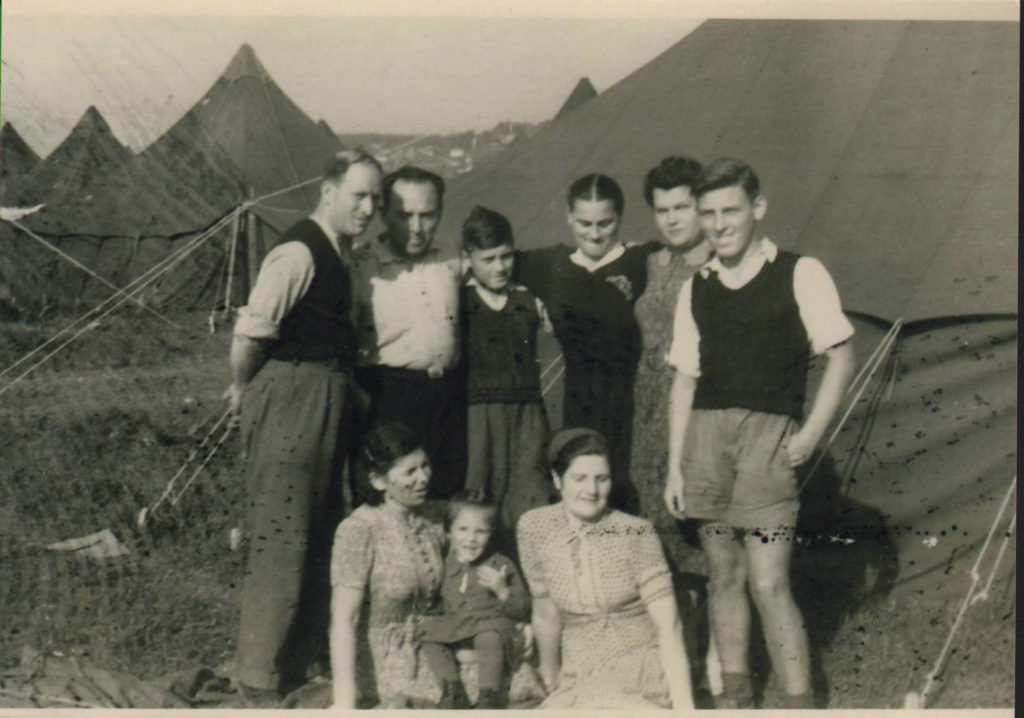 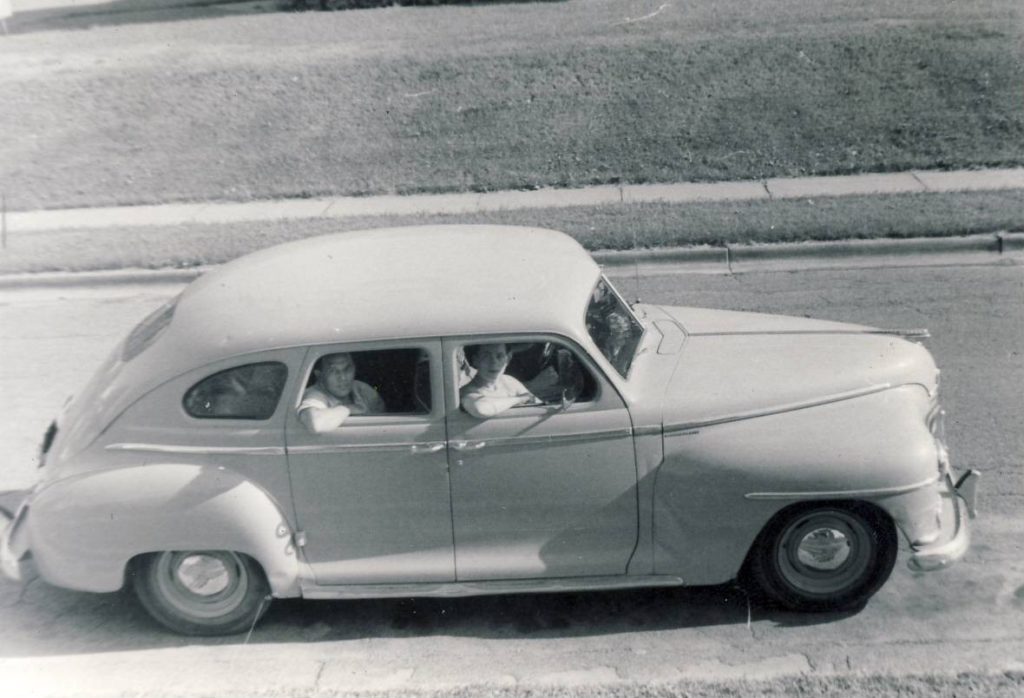 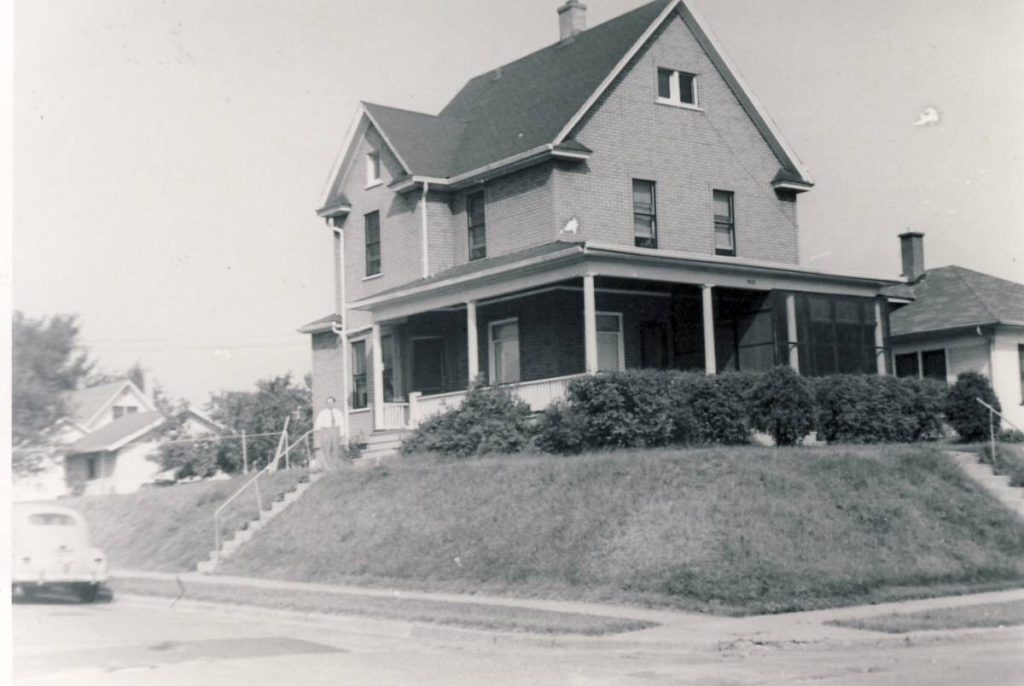 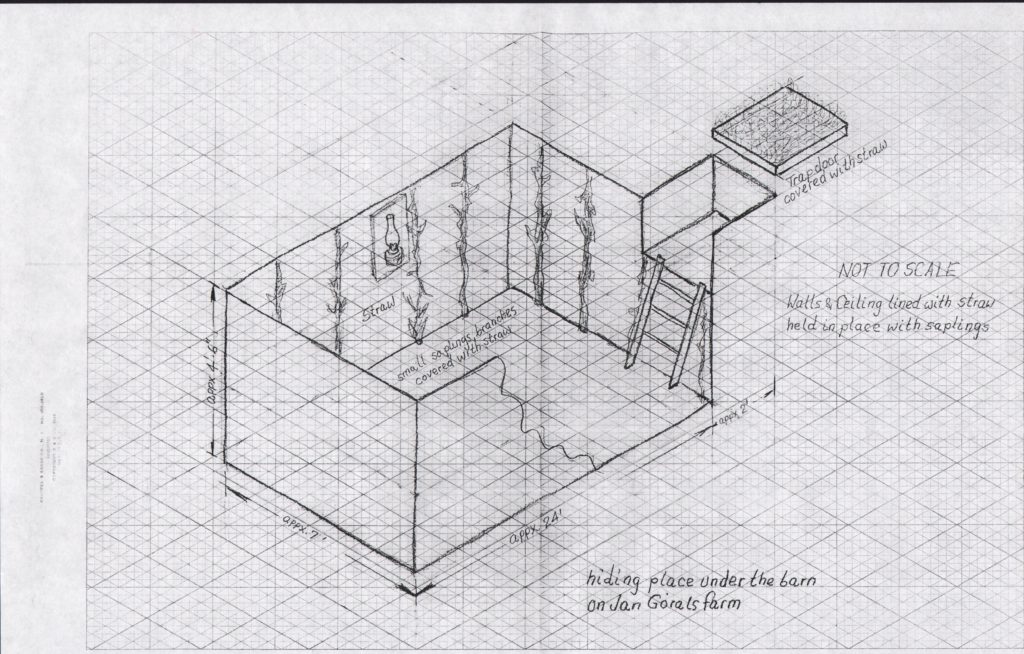 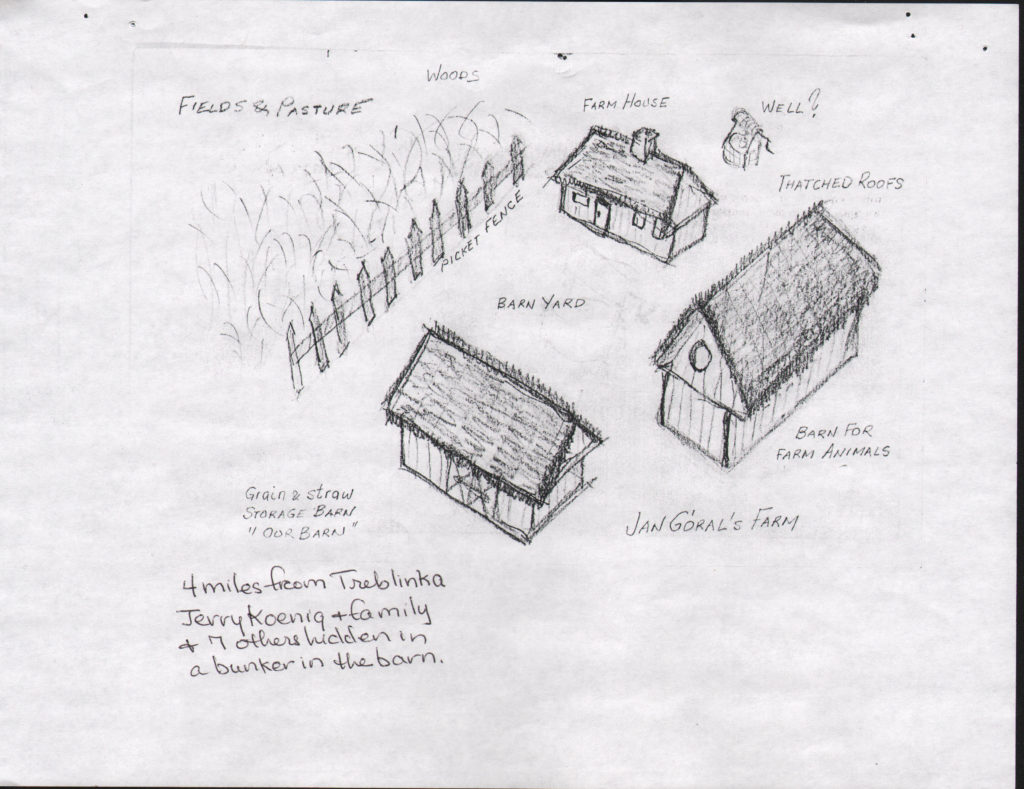 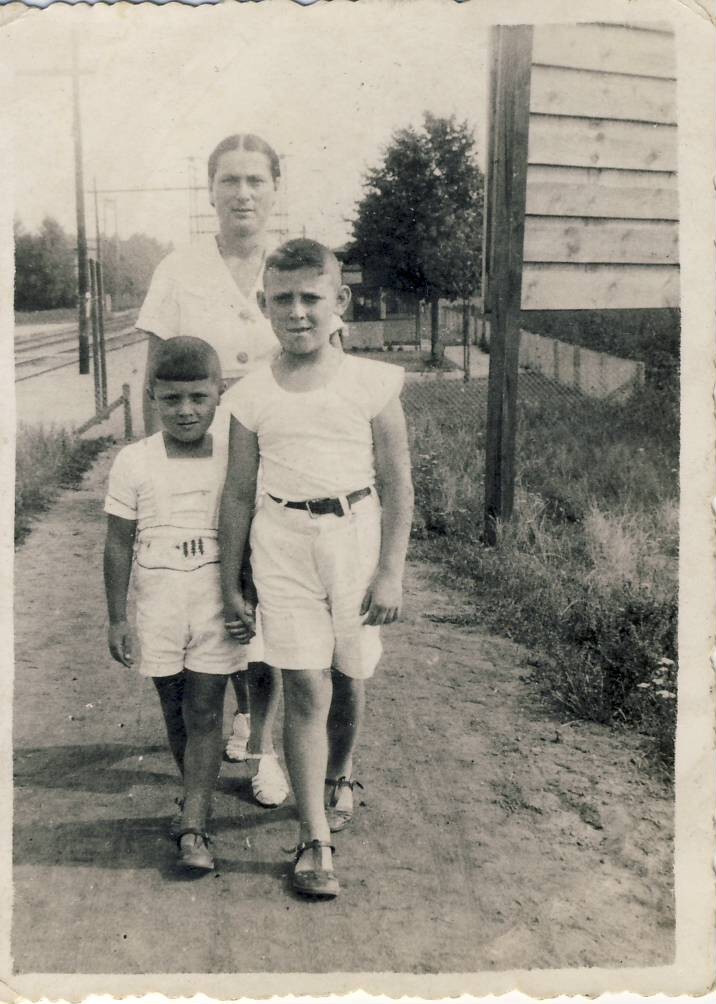 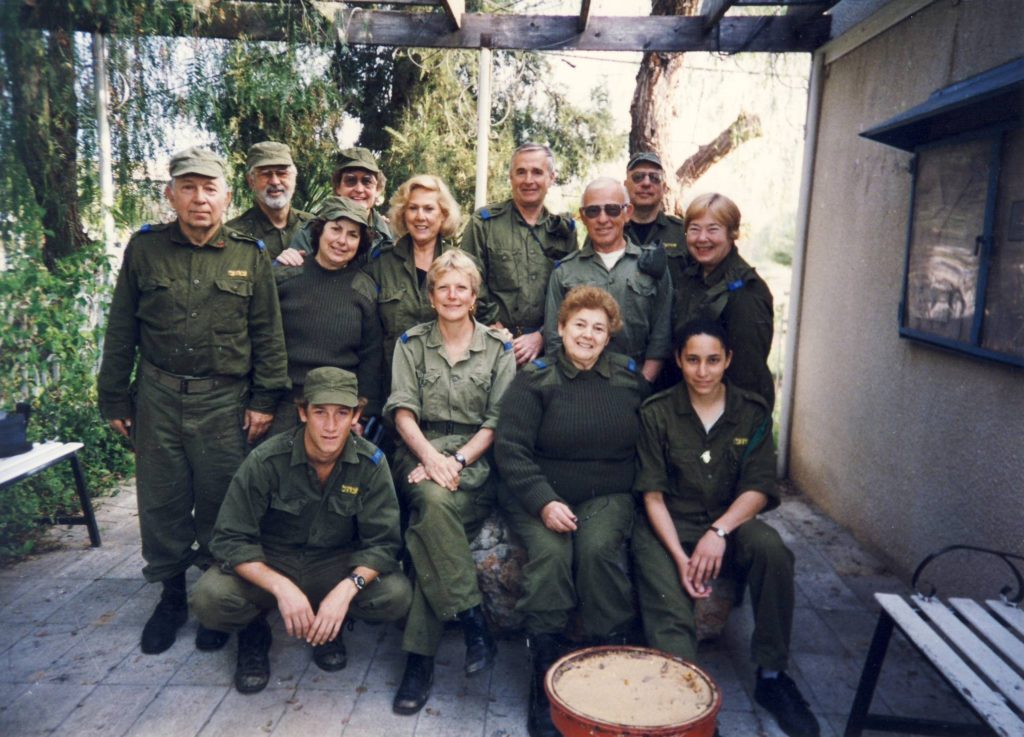 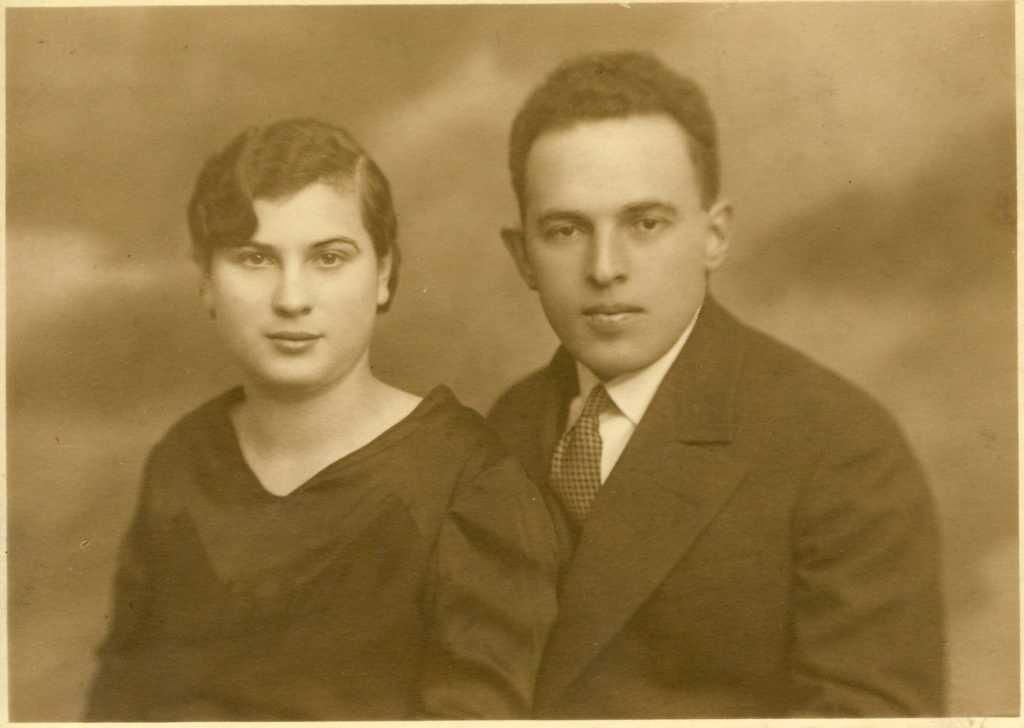 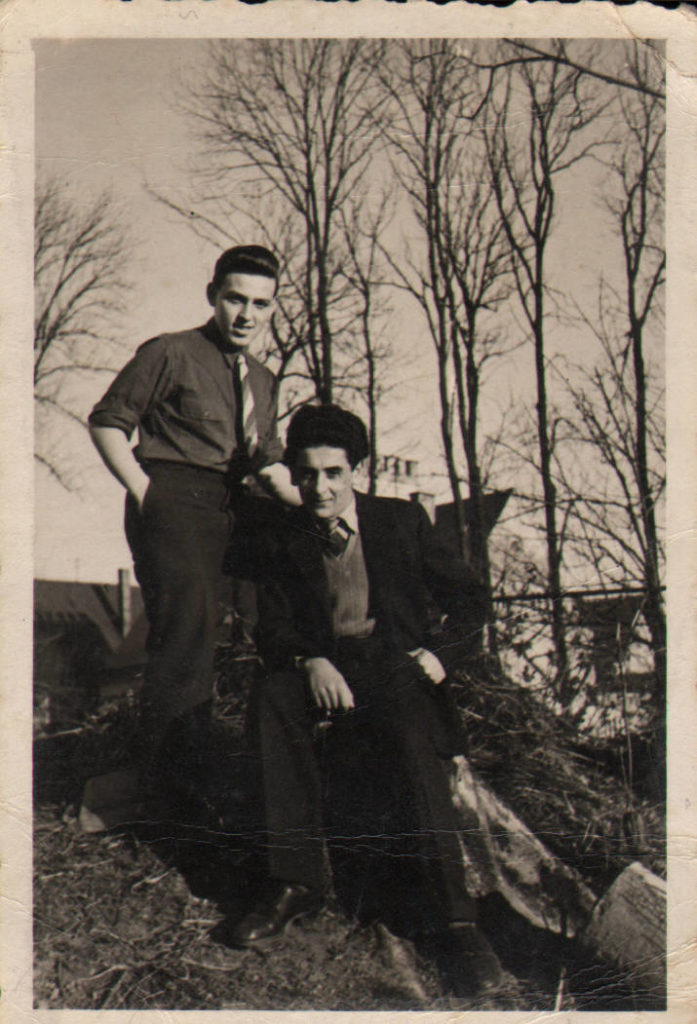 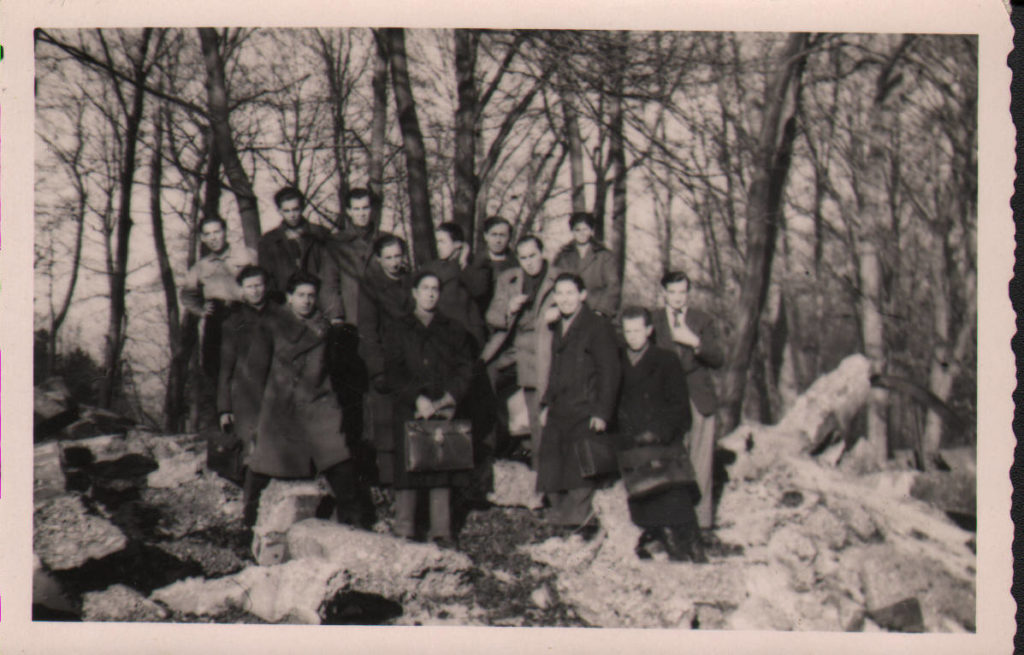 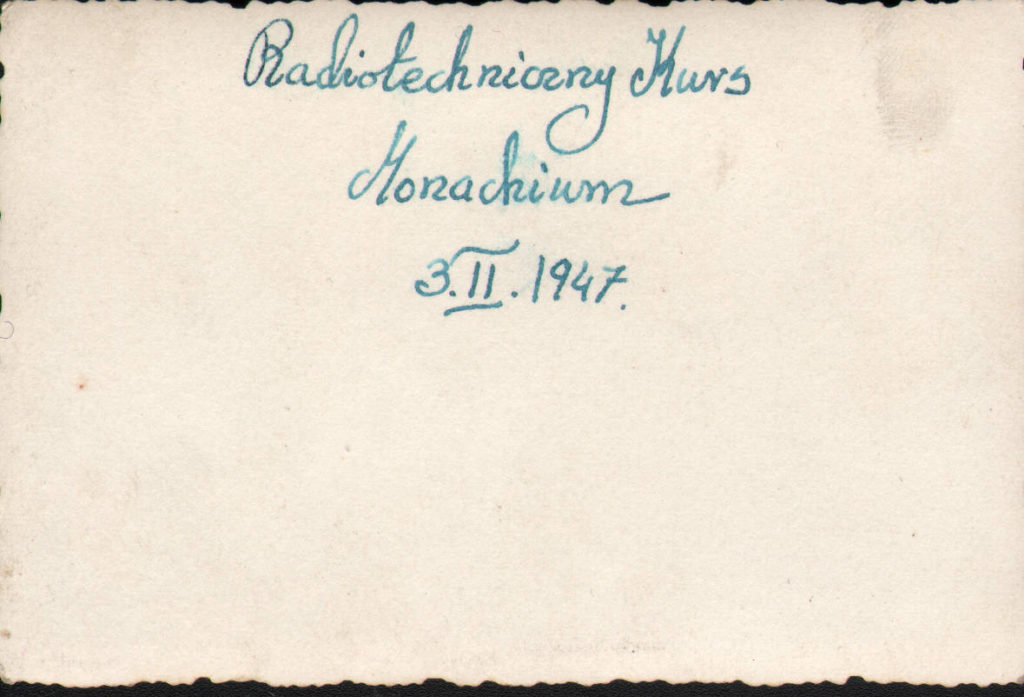 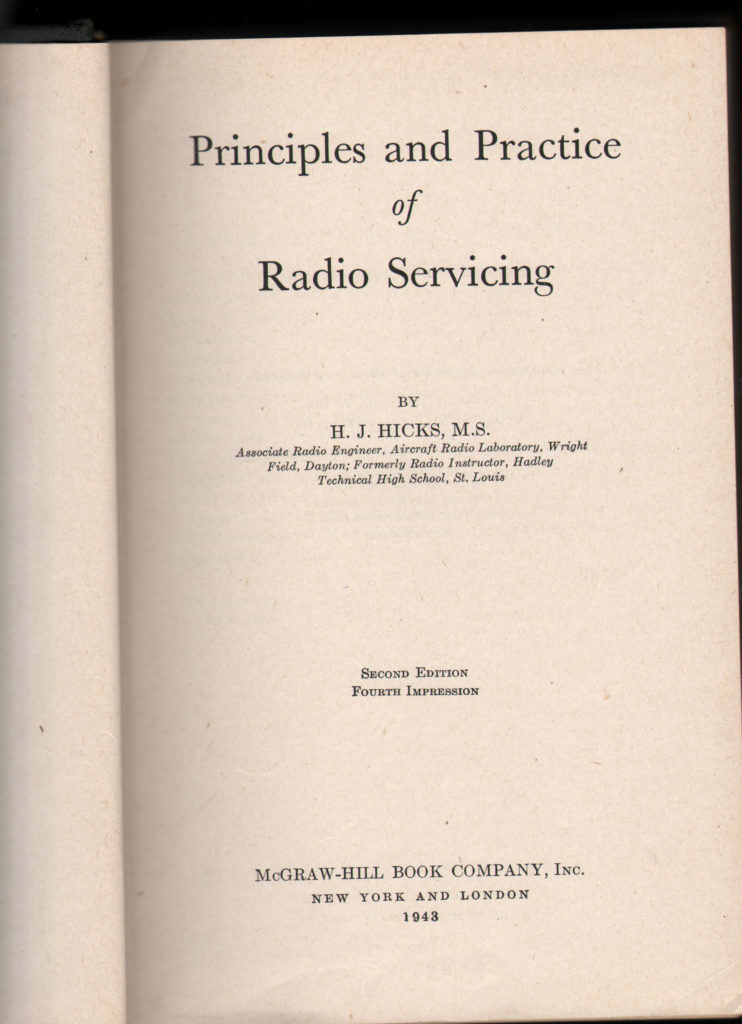 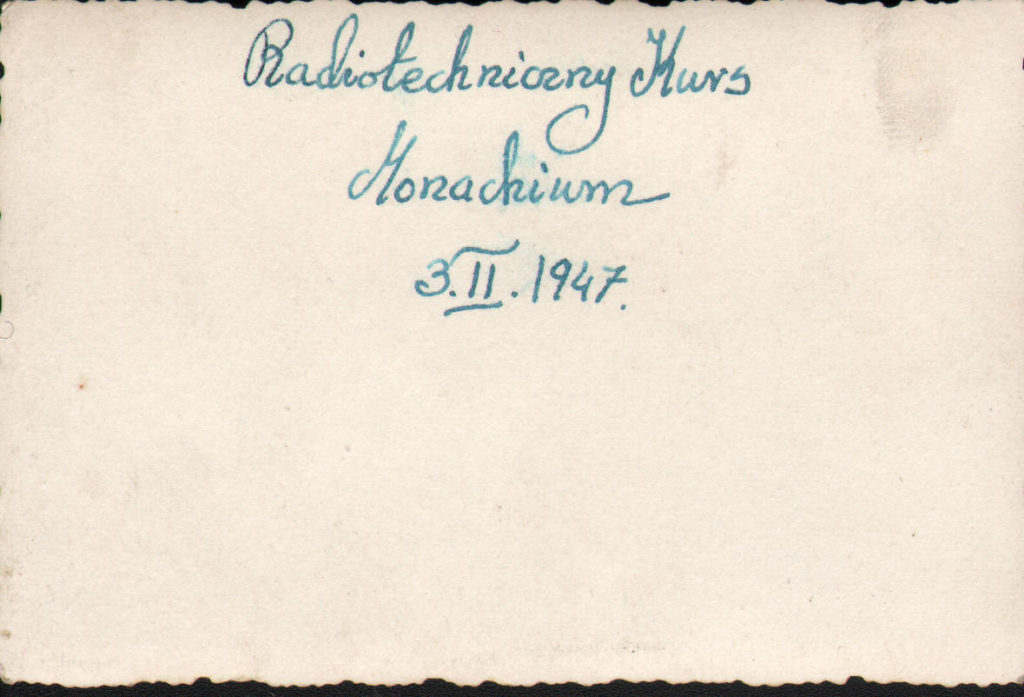 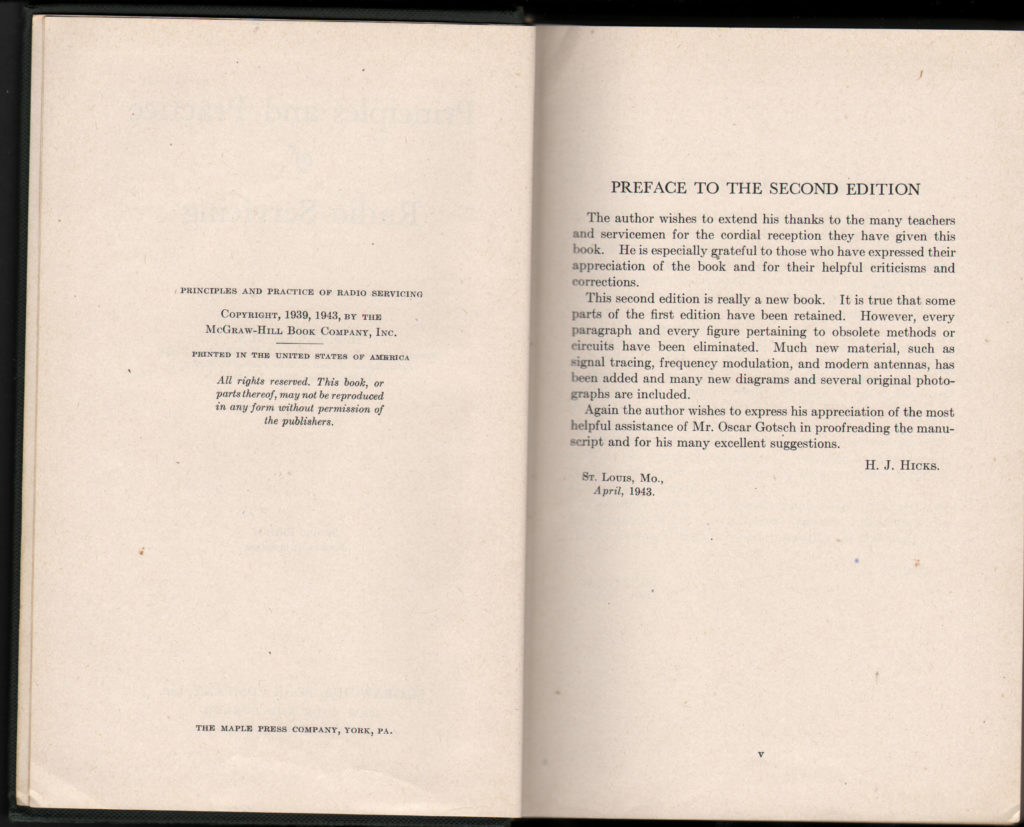 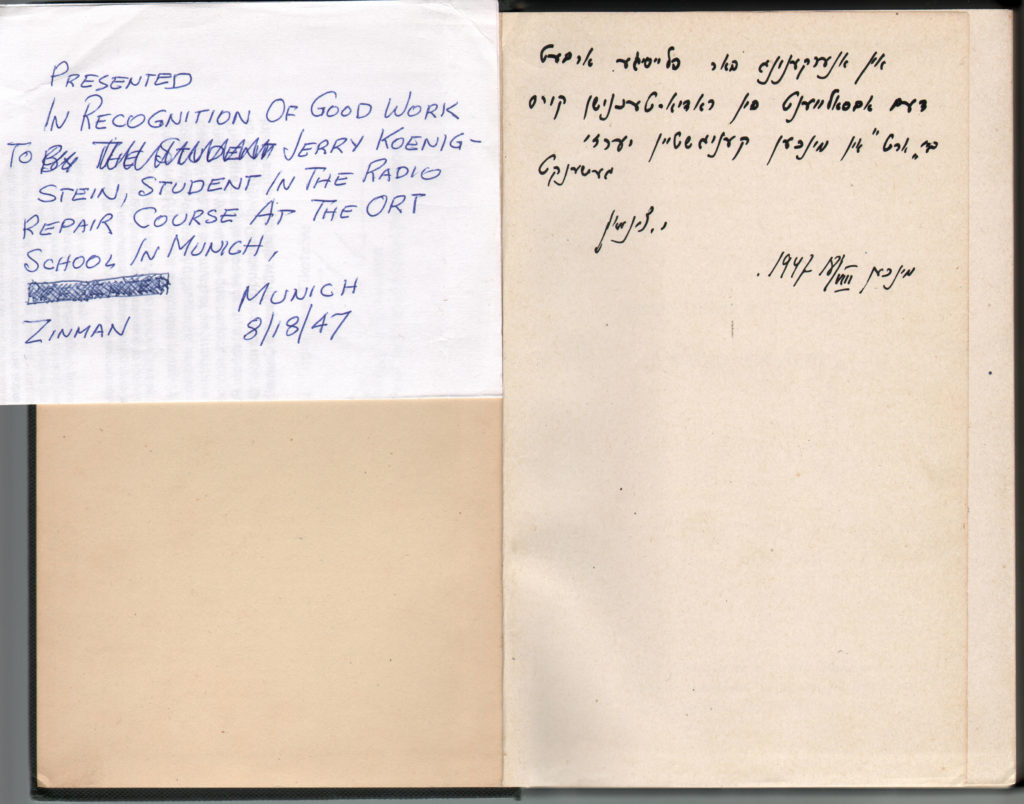 Click on the location markers to learn more about Jerry. Use the timeline below the map or the left and right keys on your keyboard to explore chronologically. In some cases the dates below were estimated based on the oral histories.

Start Jerry's Timeline
“You would think [the distant sounds of battle] normally would be a scary feeling. Well, to us, that was music to our ears because that was one thing that we knew that we had to live through in order to gain our freedom. Without it there was no freedom; without it was death.” - Jerry Koenig