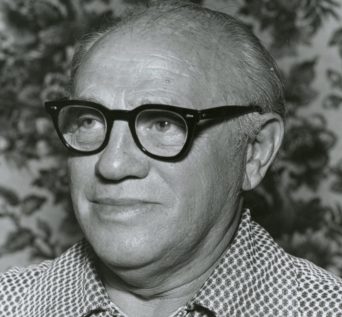 Joe Kupfer (née Yossel Kupfermincz) was born in Lodz, Poland in 1910. He was in the Lodz Ghetto from 1939-1944. Mr. Kupfer was sent to Auschwitz-Birkenau and then to Dachau Concentration camp, where he was liberated by the Americans in the spring of 1945.

Click on the location markers to learn more about Joseph. Use the timeline below the map or the left and right keys on your keyboard to explore chronologically. In some cases the dates below were estimated based on the oral histories.

Start Joseph's Timeline
“I was in the ghetto from the first day till the last day. In 1944, I left the ghetto with hunger, with disease, with a child, with a wife - and I didn't give up.” - Joseph Kupfer