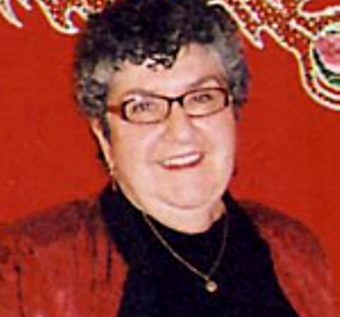 Nationality: Austrian
Location: Austria • Missouri • Montevideo • St. Louis • United States of America • Uruguay • Vienna
Experience During Holocaust: Escaped the Holocaust • Family Survived • Was a Child During the Holocaust
Back to All Stories

Liz Lippa was born January 24, 1938 in Vienna, Austria to Bertha and William Neumann. In 1939, she and her family fled the Nazis and resettled in Montevideo, Uruguay. In 1946, they came to the United States and lived in Richmond, Virginia. Liz Newman Lippa died on December 18, 2015 at 77 years old in St. Louis.

You can learn more about Liz’s story through her writing as part of the St. Louis Memory Project.

Click on the location markers to learn more about Liz. Use the timeline below the map or the left and right keys on your keyboard to explore chronologically. In some cases the dates below were estimated based on the oral histories.

Start Liz's Timeline
“We were lucky, but that doesn't mean we escaped the Holocaust experience. There are so many aspects of it that live with us on a daily basis.” - Liz Lippa