Marian Netel was born Mordechai Ben Shalom on July 22, 1922 in Laszczow, Poland, a town of 30,000 with a Jewish population of about 3,200. Marian completed sixth grade in a Polish public school. He also went to Cheder and the Yeshiva.

Marian was a member of Beitar (Revisionist Zionist Organization). He lived in hiding in Grodek, Poland between 1941 and 1942 and was incarcerated in Majdanek Concentration Camp from 1942 to 1944.

Marian was liberated by the Soviet Army in 1944 and was in a refugee camp in Austria. He migrated to Israel on May 15,1950 and then to the United States in December 1958.

One sister and two brothers survived the war. His mother, two sisters and one brother were killed as well as a large extended family. 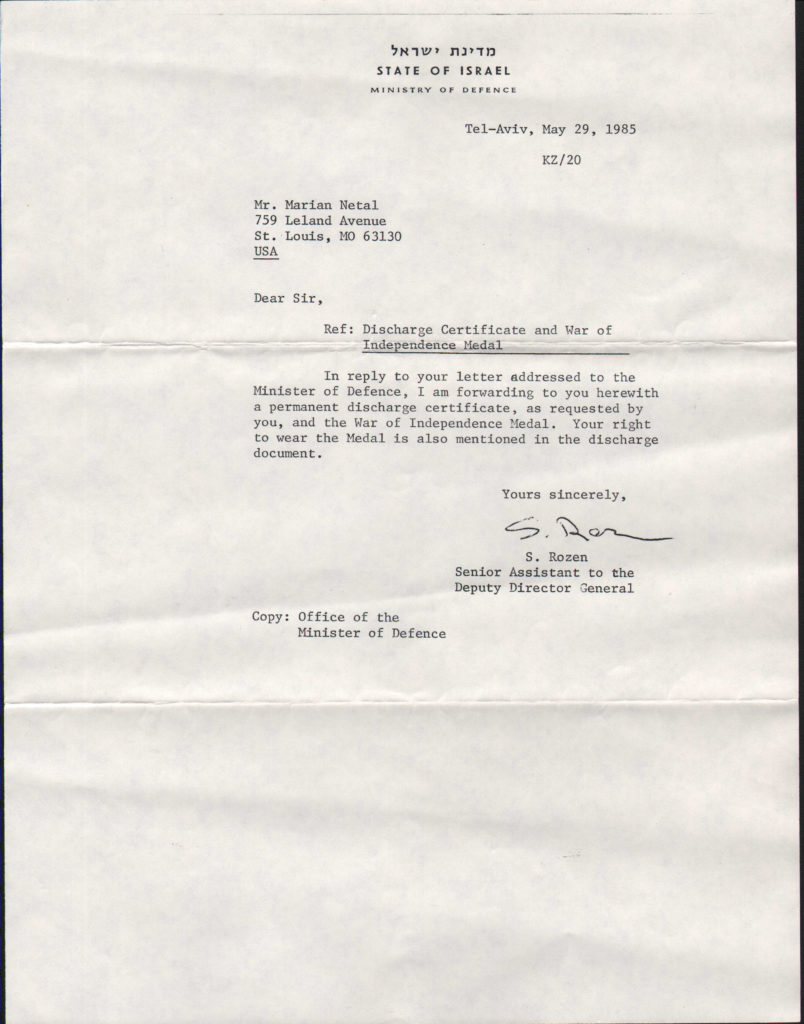 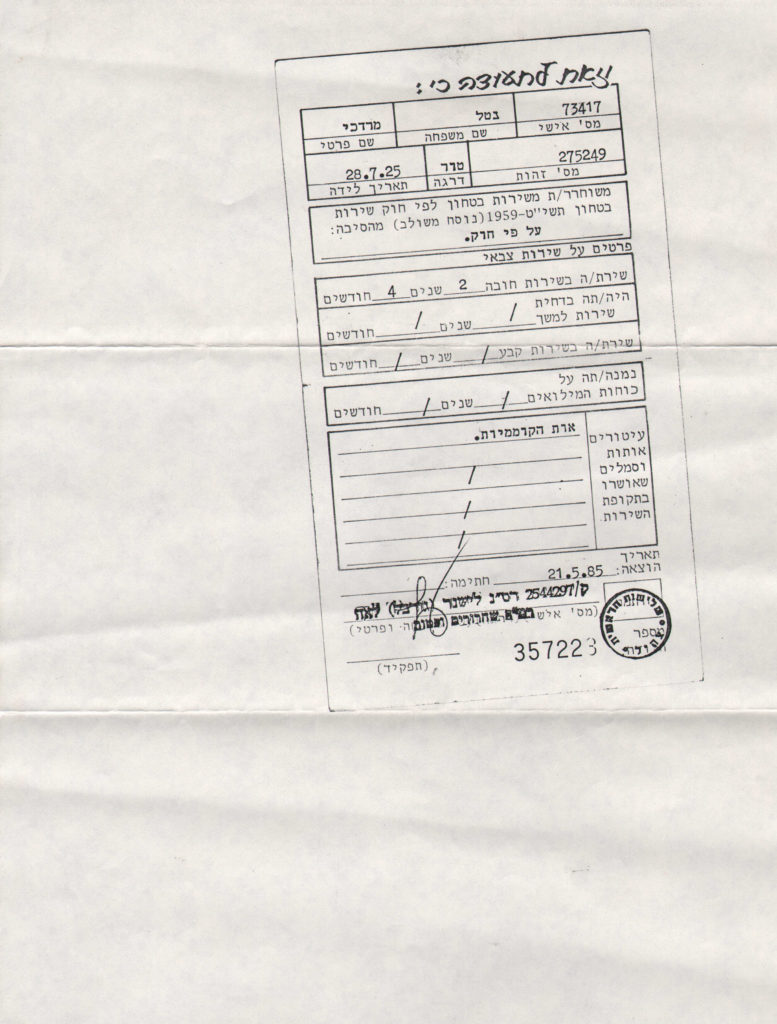 Click on the location markers to learn more about Marian. Use the timeline below the map or the left and right keys on your keyboard to explore chronologically. In some cases the dates below were estimated based on the oral histories.

Start Marian's Timeline
“We were assigned a 'Final Solution.' This is a fact of such cruelty and brutality that could not exist. This is why I express, if the whole world were a writer, they could not describe what happened.” - Marian (Mordechai) Netel

BERNSTEIN: At this time when you first arrived in Israel, how was your health?
NETEL: My health was not so much good because I was all the time under medication. I used to take lominol, but I feel like a patriot duty, I’m going do something for ourselves. And this why it make me stronger like I was. I was ready, you know, to tear down a whole building, not to get to the point.
BERNSTEIN: Courage.
NETEL: Courage, yah, the courage was such great even if I see I have to die, but I will go to the destiny, I will put myself in the frontier line. I will go!! Even have to be the worst, I’m going! I’m doing because I feel like I got a “Z’chut.” “Z’chut” means like I arrive with something what I have to be proud. For two thousand years, I am now a soldier in our own army!! When so many since Moses — it was not Moses, but Jacob, he put it first his children, his seventy people what he was going to Egypt in exile. It was the first exile. And up from the first exile, what will happen with Jacob and his children is up till now we was striving to have a country. We was pressing through so many tribulations, pogroms and was, and Soviet Union was pogroms, was in Spain and all over the part of the world the Jews was fighting to have the Torah, the education. If we give up, many of them will say, “O.K., we want all of this.” It was Maccabees and other kinds what was fighting for — was heroes and this now, mine now when I been with my foot on own ground, in Israel, I was feeling like I’m — something, “God bless me to be now here.” Maybe I got some kind, I deserve something and I have to doing the best what I can doing to create a State for those what are in refugee camps, for those was in Poland under the antisemitism, for those all over, because if we don’t have it, a country, we are lost. We are lost all over, And now is the time when I been a part of this what I’m going to have to liberate them, to have a country for all the future history. Is was for me a great, a great experience, a great proud. I’m going now hand by hand with other kind, with other Jewish soldiers and fighting for our country. It’s something was unusual.
BERNSTEIN: And this is what gave you your strength?
NETEL: Yah, it gave me much courage, and if I have to die in the frontier line right away, I don’t care, I con’t care. But I want to fulfill mine obligation, mine patriotic duty. And my patriotic duty is connected with the whole past from the whole country. Two thousand years! Zmine father, maybe, he wants to be in Israeli army. He couldn’t. Or mine grandfather or many, many generations for 2000 years, and now I been one of them what I can be and in our own army and to fight for our own country and help later country free complete where the gates will be open. But no more British mandate, no more other kind mandate, no more the Syrians, no more nobody. It go be our own country!!! Is for me was a great proud to step in in the Israeli soil.
BERNSTEIN: It’s interesting that you realized the important time in history that it was.
NETEL: Yah. Time in the history what is a reflection from the future because, like I mentioned before, all over what we — even after the war, they put us in camps to break again the hearts and the only solution to our problem is only to have a country.
BERNSTEIN: Did most of the other men that were with you —
NETEL: All of them was Israelis. I arrived with this — maybe I didn’t mention, was a thousand youngsters in this barge, a thousand. Complete a thousand. The name from the barge was Fabian. The captain, like I mentioned, was Willy. Everyone was proud he’s on the Israeli soil, everyone was proud and nobody was asking questions or even play game sick or something like this. Nobody even want to have it a medical examination. Everybody’s ready to go, go and fight, help those what they are now on the frontier line, those Israelis what they are now on the frontier line, to help them.
BERNSTEIN: O.K. Was this after the United Nations —
NETEL: Yes, this was after. This was already, like I mentioned, I’d been — the United Nations, I think they declare in 1947, but in 1950, on May 15th, was established a Jewish State, was already recognized Israel as a Jewish State. In May 15. In May 15, I was in the water.
BERNSTEIN: In the water.
NETEL: In the water, going to Israel. O.K. And when I arrived was May 30, early in the morning.
First interview probably ended here since the remainder of the tape was inaudible.