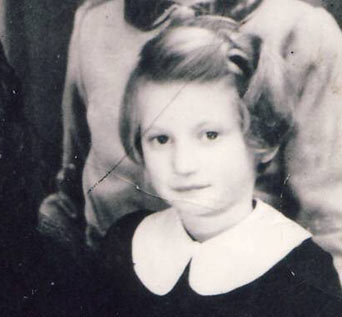 Nationality: French
Location: France • Paris
Experience During Holocaust: Family or Person in Hiding • Family Survived • Taken to an Orphanage Run by Nuns • Was a Child During the Holocaust
Back to All Stories

Mari Cori was born Marie Kolkowicz in 1934 in Paris, France. She had two older sisters and a younger brother, and they lived in a poor building, sharing a room with her family and going down the hall for running water and a bathroom. Marie attended a Jewish day school as did many other children from her building. One day, all the children and teachers at the school were rounded up by the Nazis, but Marie and her sisters had all stayed home.

Her family then knew it was time to take action if they wanted to survive the war. So, they paid off a German to help them escape via train, and taking no luggage, they fled their hometown. A Jewish Organization, OSE, begged her mother to separate from her children to give them any chance of survival. Thus, Marie and her brother were taken to a Chateau, where they were cared for by six doctors.

When news reached the Chateau that trucks were coming for the Jewish children, they separated the Jewish children in many ways. Marie and her brother were put on a train and told their name was no longer Kolkowicz. They were told to scream when a German soldier got on, and they obeyed. They were thrown off the train when they would not stop screaming, and they happened to stop in front of two nuns at the train stop. These nuns took the children to an orphanage.

When Marie got sick, Mother Superior removed her tonsils with a pliers and no anesthetic. She was separated from her brother and put in the nunnery attic to heal, where she was cared for by a man who brought her food, a comb, and a cat to kill the rats. Dirty and filled with lice, Marie was stuck in the dark of the attic for a long time, until the man carried her out and took her to a village market square where a French woman and her daughter took her in. They were very kind to her, cleaned her, and fed her. With this family, she went to Church and was taken care of until the Red Cross found her and took her back to her family in the forest, where she was reunited with her father and mother and sisters.

While she resented that the nuns kept her Catholic after the war, she became Jewish again once she reunited with her family so not to cause pain to her father. After the war, her parents had two more children. She wanted to move to Israel, but her mother refused to let her, so instead she moved to America where her eldest sister had already moved. Recently, she has opened up to tell her story and is able to find strength through a group of other Hidden Children survivors. However, she has never lost the pain inflicted upon her. 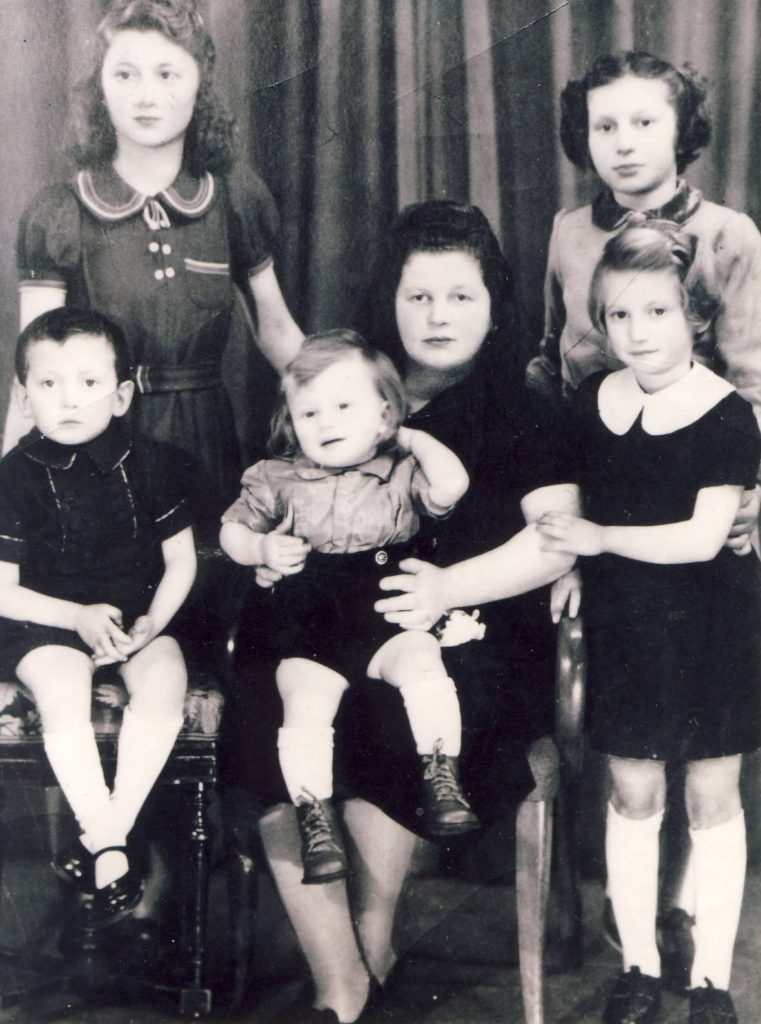 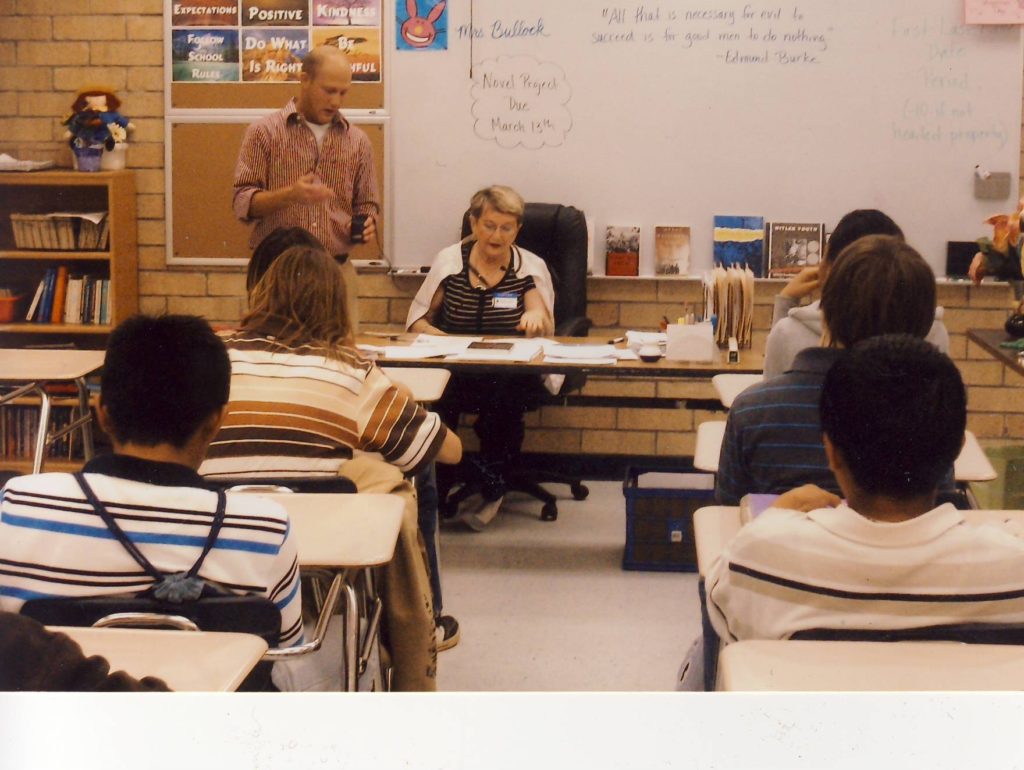 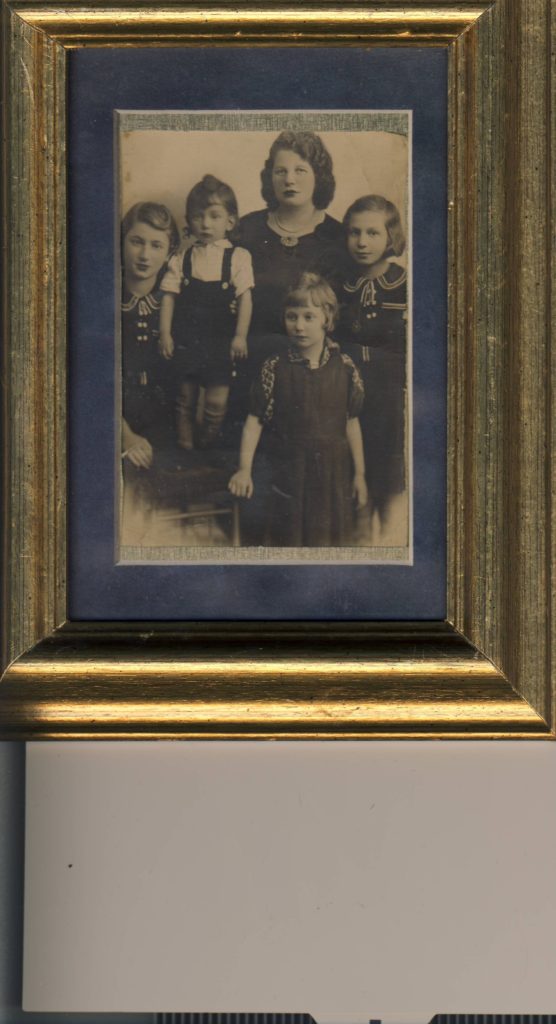 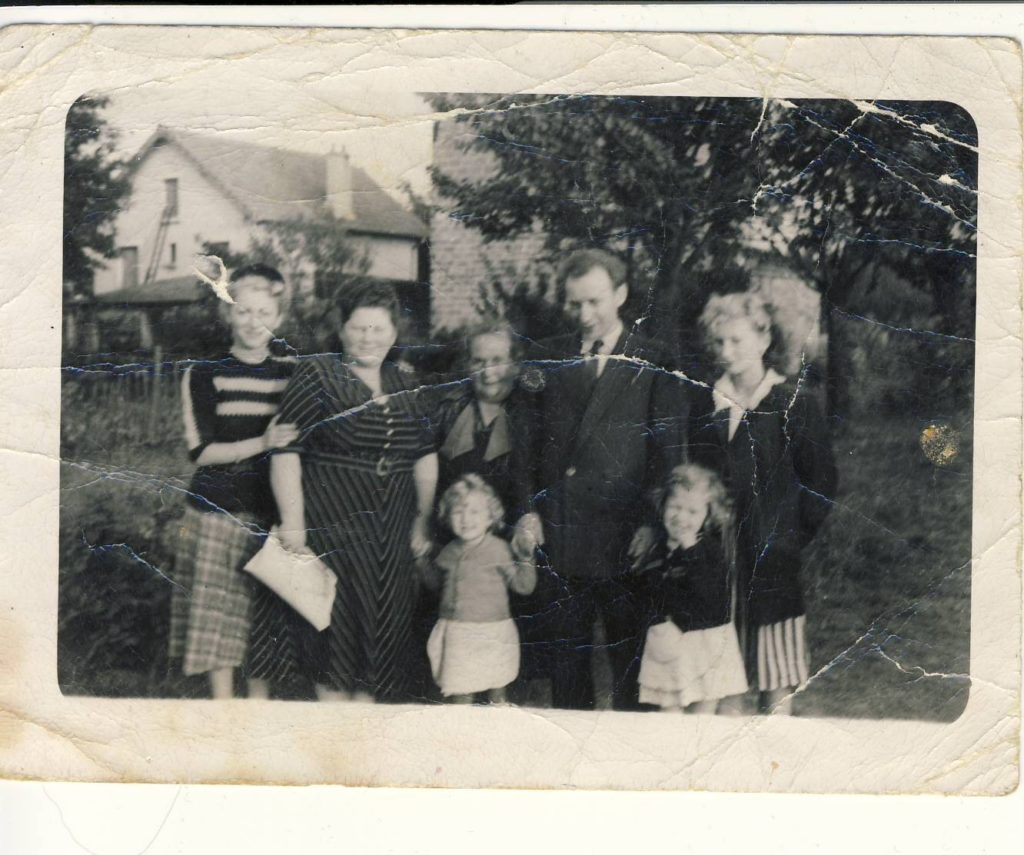 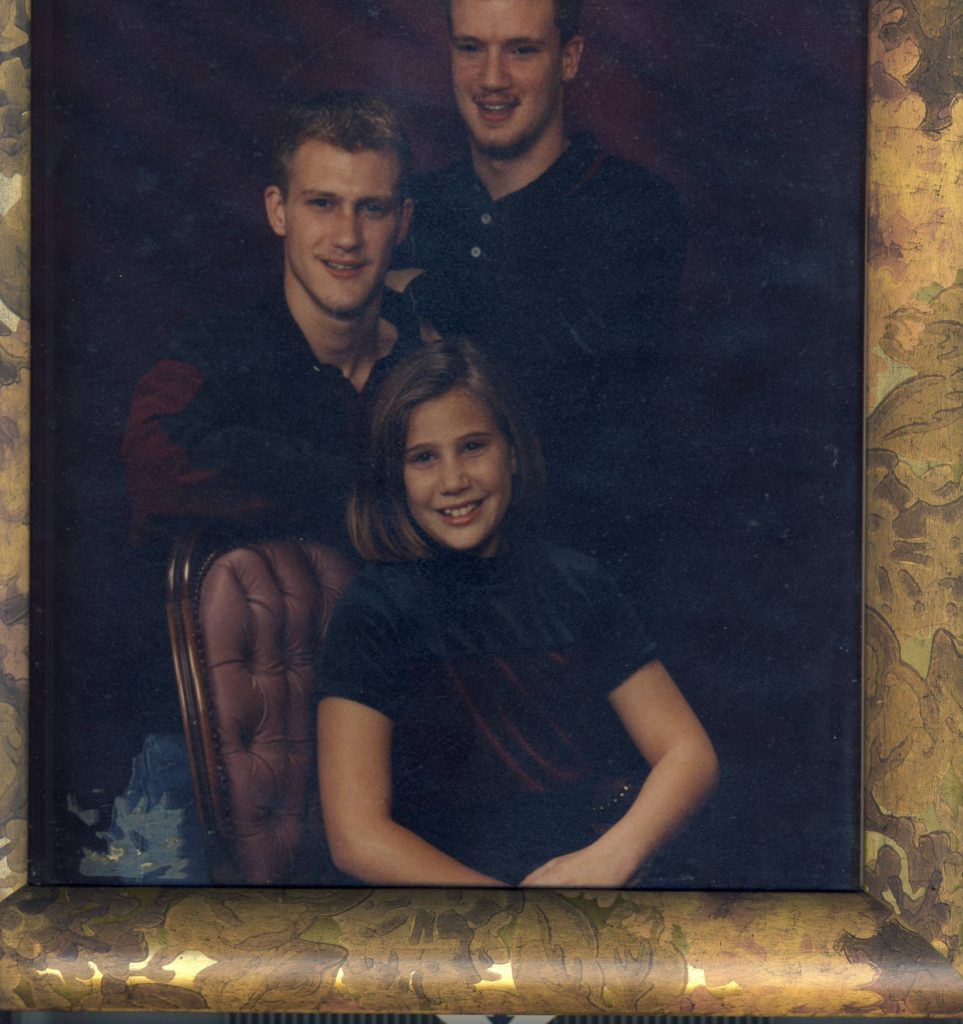 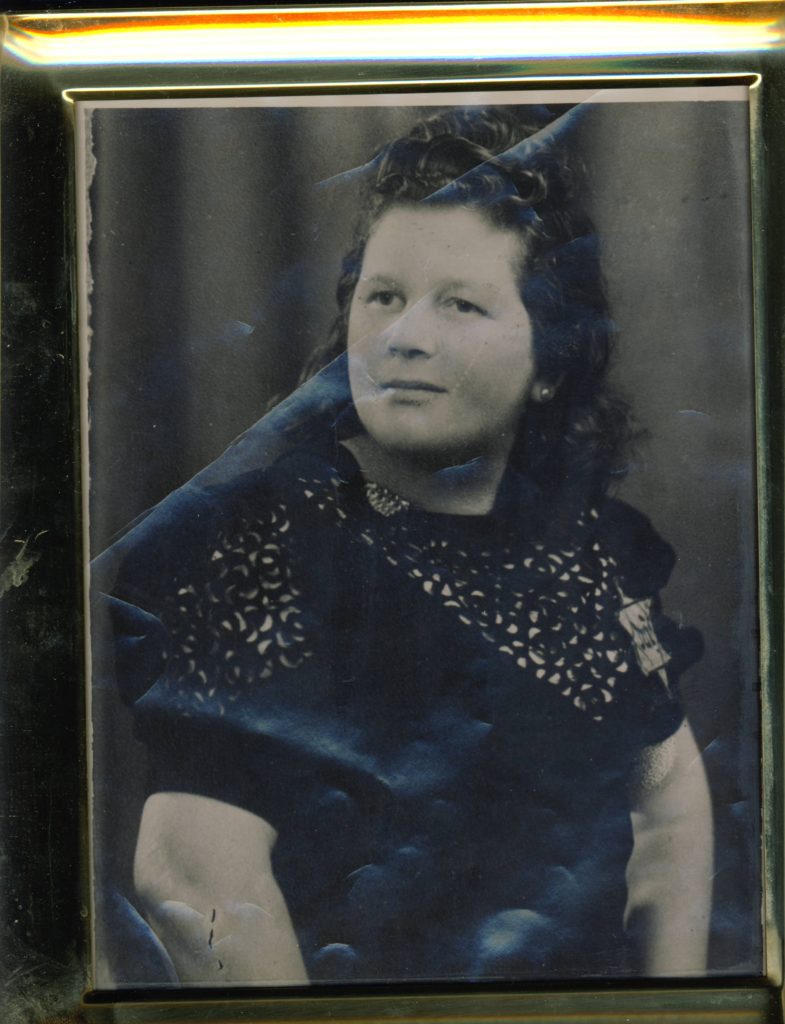 Click on the location markers to learn more about Marie. Use the timeline below the map or the left and right keys on your keyboard to explore chronologically. In some cases the dates below were estimated based on the oral histories.

Start Marie's Timeline
“I had a terrible infection. I couldn’t eat, I was sick. I was a sickly kid. I had a lot of lice, and I had, uh, like holes with puss... it went into my throat. So, Mother Superior.. with pliers that you cut the grapes, and a man was holding me, and they say, 'one sound and you gonna, they gonna kill you. The hospital is full of German.'” - Marie Cori

CORI: We went back, we made a pilgrage? Pilgram? Pilgramge?
PRINCE: Pilgramage?
CORI: Yeah. To the Chateau. And we understood where it was located. It was between a forest, and you couldn’t see it til you hit it. You, We couldn’t see even a block away. That’s how hidden it is.
PRINCE: Ah.
CORI: And uh, I expected to see that Grandeaur that I remember in my mind. It’s a little Chateau. And, and, they’re raising horses now, for children. And she told me, she said a few people coming back to see the Chateau, and I should put my name in case somebody, and your address, because she says you know people are looking for each other. It’s an unbelievable memory.
PRINCE: Well, that’s nice you took Brian you said.
CORI: I took Brian.
PRINCE: Yes.
CORI: I couldn’t remember my little brother was like three, four. Says this was the dining room, this was this, this is where we planted tomatoes. I didn’t remember any of – I mean, I was just, my God, how small it is. I thought it was the stairs like this – it was so pretty. In my mind, you see everything big.
PRINCE: Big.
CORI: I went back to Lourdes , also, where the nun took me. I never found where I was.
PRINCE: You mean the?
CORI: I never found the place.
PRINCE: The nunnery, you mean? I mean the uh, the uh?
CORI: Yeah.
PRINCE: where they kept you?
CORI: So many orphanages, I don’t know where I was. But I remember the grotto, and what we did every day, you know, the church and the people with the, the, the going there for the healing process, and where Bernadette was. That I remember. But where was it here, yeah, can’t remember.
PRINCE: So many little places like that?
CORI: Couldn’t remember. But I remember seeing a big – when she took me to the hospital, there was a river by the hospital. And I remember big, big bridge. The bridge as as big as that table. Amazing.
PRINCE: It is amazing, alright.