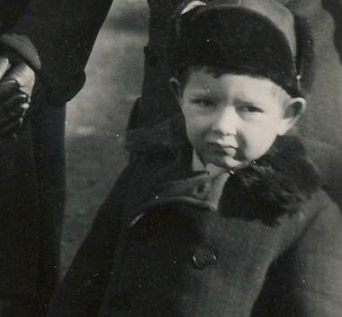 Mendel Rosenberg was born in 1928, in Koenigsburg, Germany. Later his family moved to Shailiai, Lithuania and Mendel grew up there. He has good memories of his childhood: the everyday life was good, liberal for the Jewish people, he didn’t feel any anti-Semitism. Mendel’s father had a clothing business, and Mendel had one brother. They were Orthodox Jews.

First Mendel went to a private Hebrew high school where everything was taught in Hebrew. The family planned that when Mendel and his brother finished high school they would all go to Palestine. The boys belonged to the Betarim, a Zionist organization.

When World War II broke out in 1939, the Russians came into Lithuania, and Mendel’s father had to give up his business. From this point on, Mendel and his brother went to public school where they studied in Yiddish.

In 1941 the Germans invaded the Soviet Union, and Shailiai was occupied by the German army. Mendel’s father and brother were taken to jail and his father was shot in July 1941. The family was able to bribe certain people and bring Mendel’s brother out.

Later that year, the family had to move into the ghetto. They were put to work; Mendel first worked as a carpenter, then on the railroad, later in a sugar factory. He describes a horrible day when the Nazis gathered up all the children below six years of age and they were taken out from the ghetto.

Mendel stayed in the ghetto with his mother and brother until 1944. In 1944 they were transferred to Stutthof, a concentration camp in Germany. They spent two-three weeks in Stutthof, then Mendel and his brother were sent to Muhldorf, a subcamp of Dachau. His mother stayed in Stutthof. Mendel was put to work on a construction project, unloading and carrying cement. The food rations became smaller and smaller and after six months Mendel got sick. He describes it as a terrible time when they had only one thing in their mind and that was “how to survive and make it to the next day.” 100-200 people died everyday just from starvation and sickness. Despite the horrible conditions, people were still able to build up some kind of resistance among themselves. If not by arms, spiritually: Mendel describes a Yom Kippur service held secretly in his barrack. Fortunately Mendel was transferred to a carpenter shop in the camp which he says saved his life.

He and his brother were separated in the beginning of 1945. After the war Mendel found out that his brother was murdered in February 1945.

As the American army was approaching, the SS took the inmates out of Dachau. They spent 10 days on a train with very little food and hardly any water. On May fifth, 1945 the Germans fled and Mendel and the other inmates were liberated by the American army.

After the war, Mendel stayed in Feldafing, Germany in a displaced persons camp. He was reunited with his mother in late 1946. Since they had relatives in the United States, they decided to come here. They arrived in March 1947. Mendel first settled down in Youngstown, Ohio, then 10 years later his company transferred him to St. Louis, Missouri. Later he started his own business. He lives in St. Louis with his wife, children, and grandchildren. 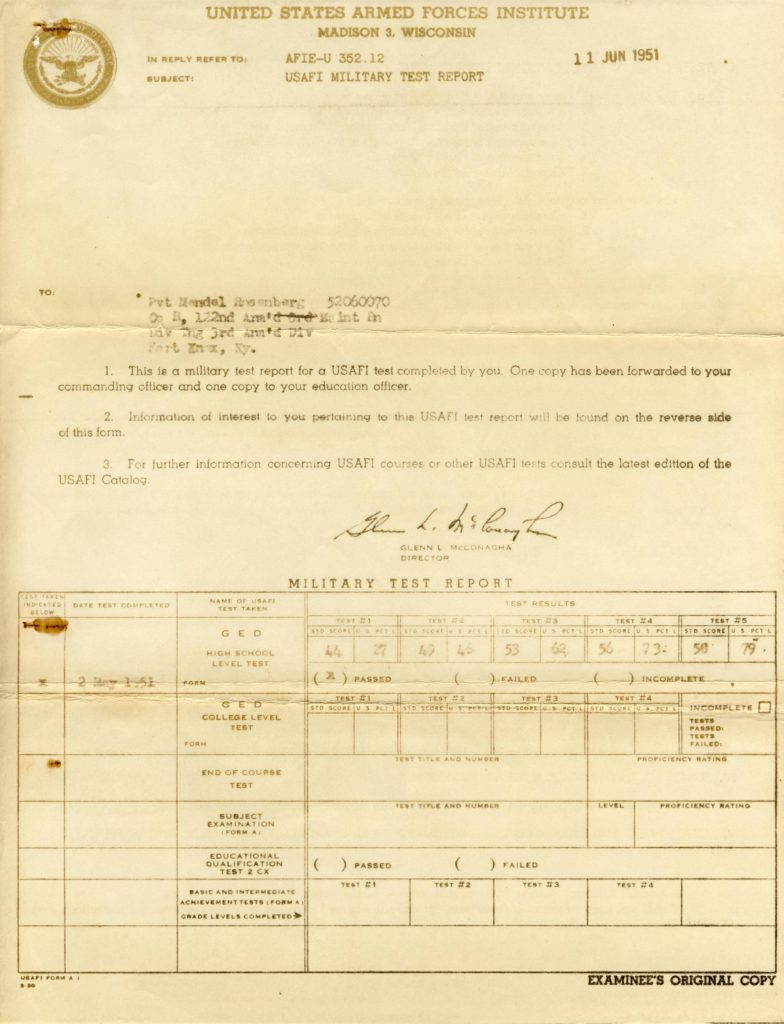 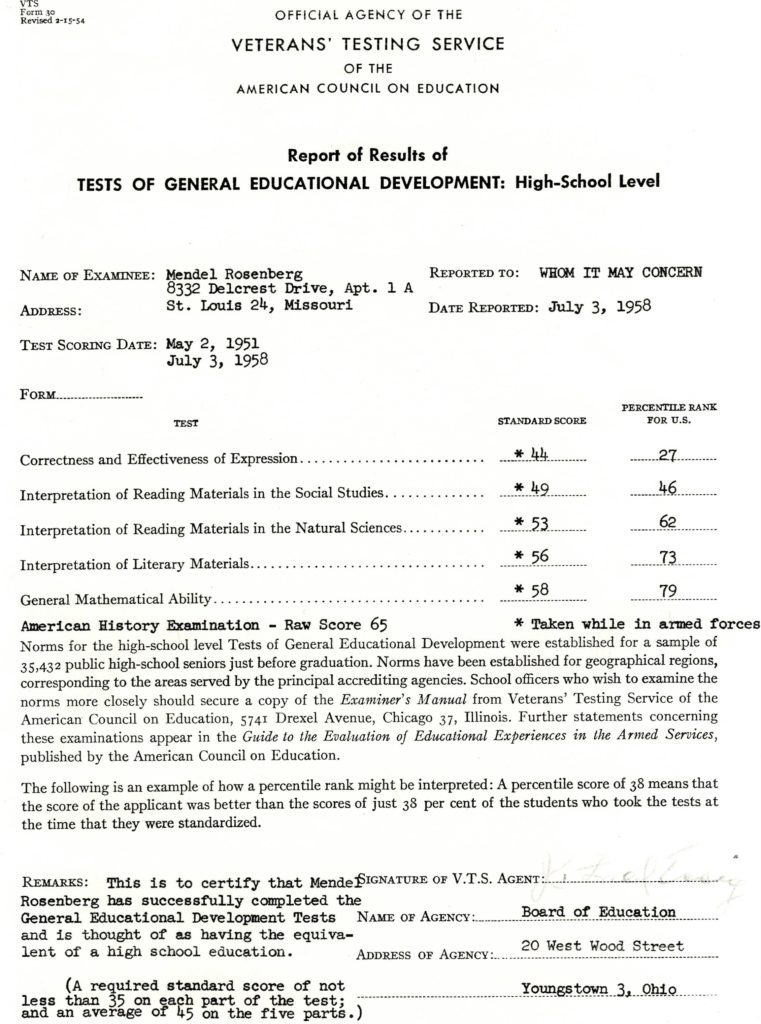 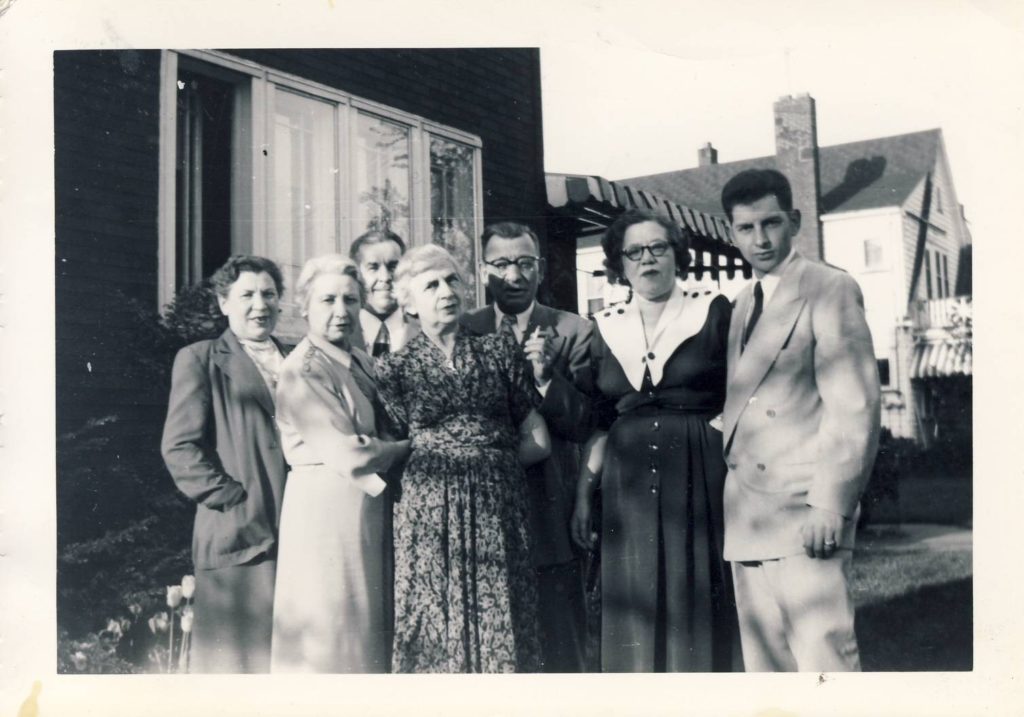 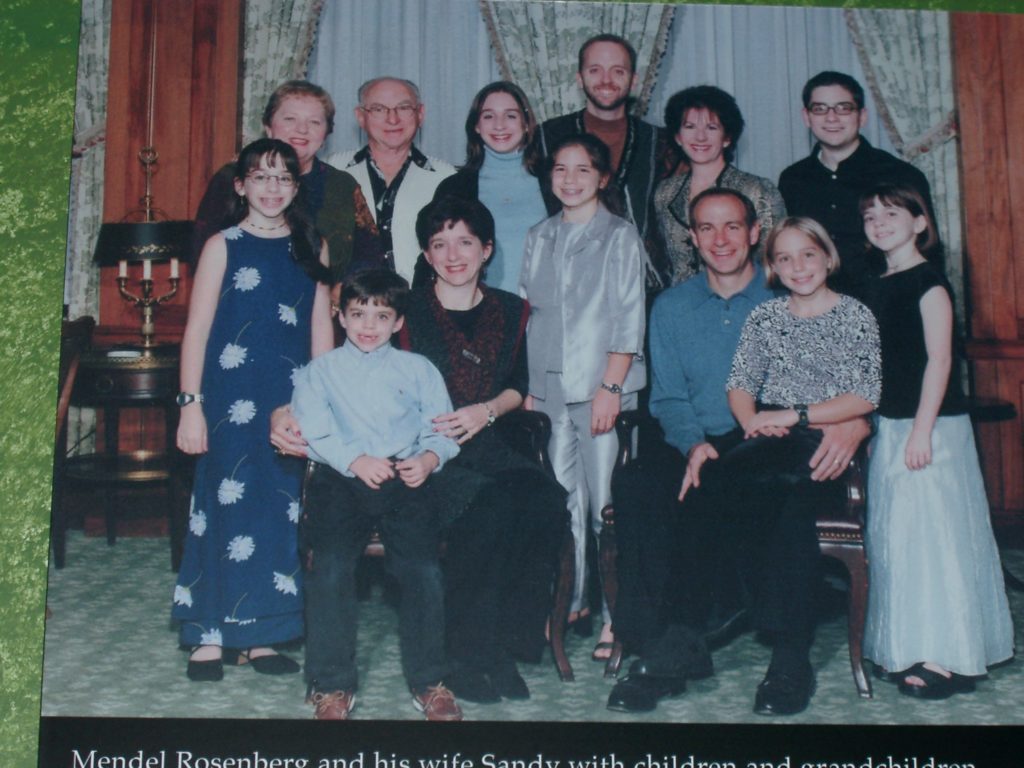 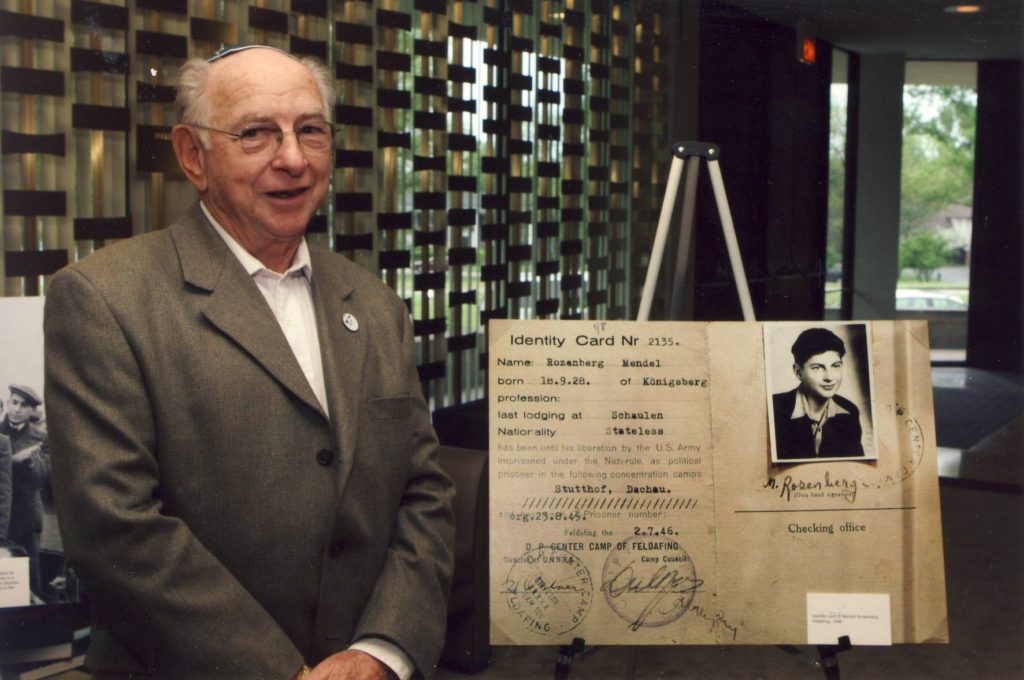 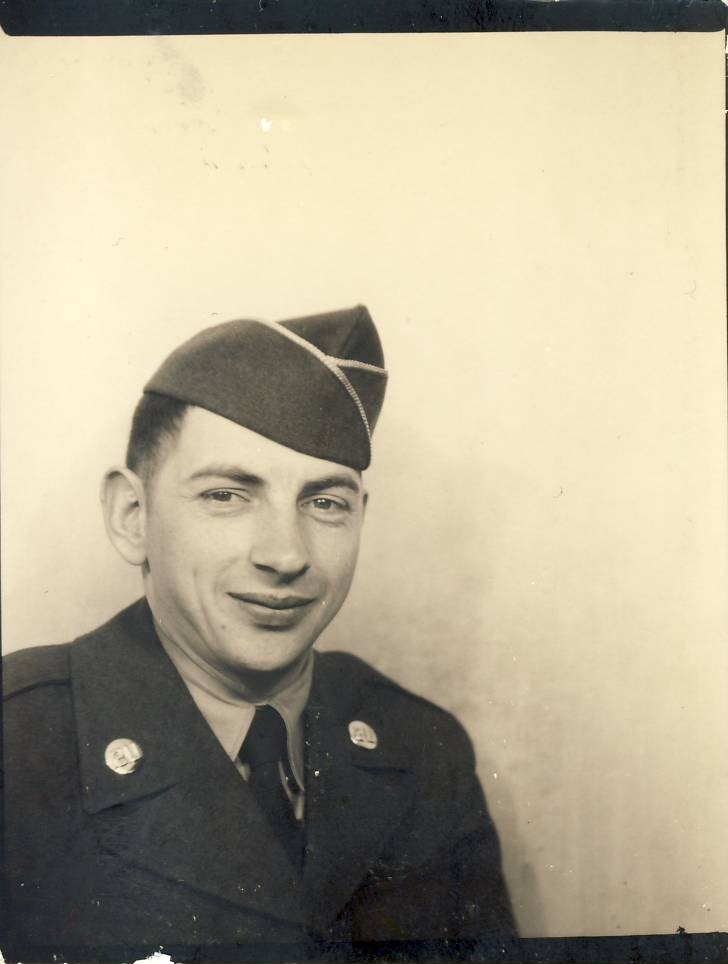 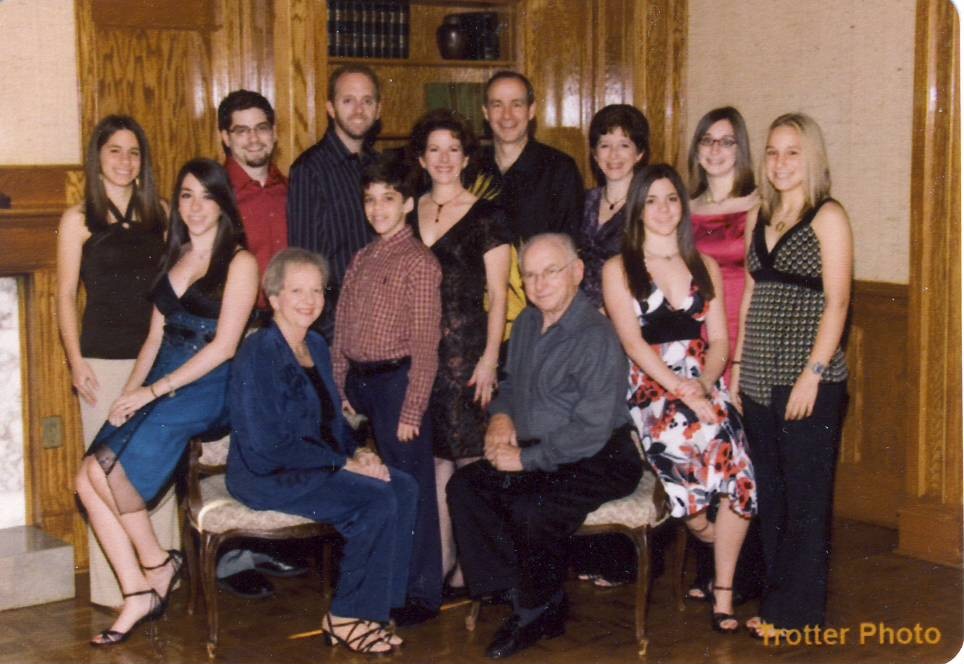 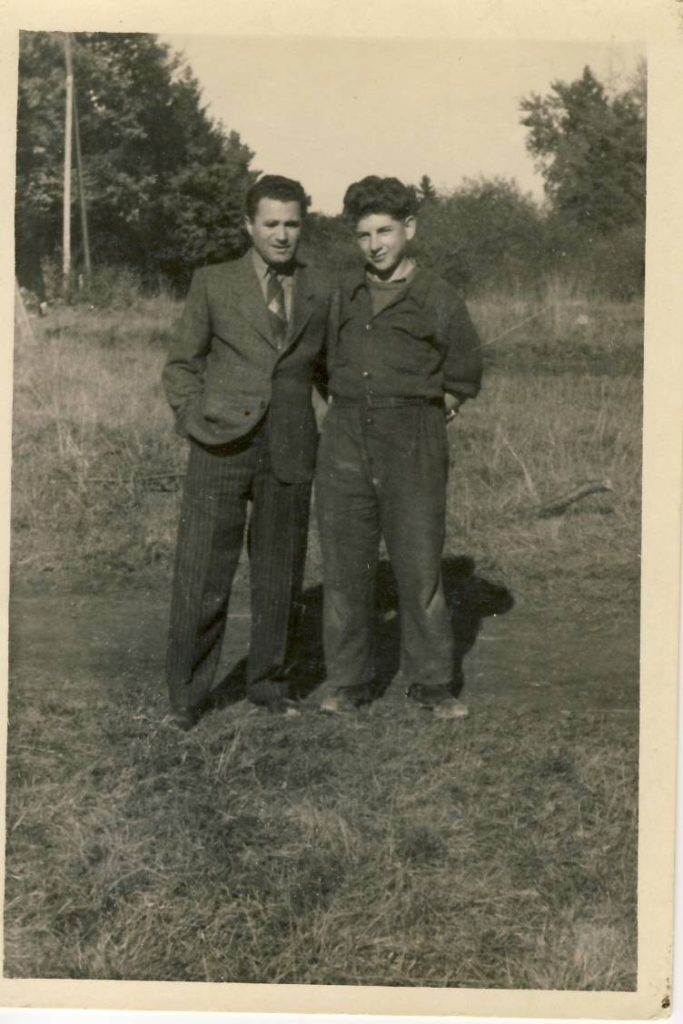 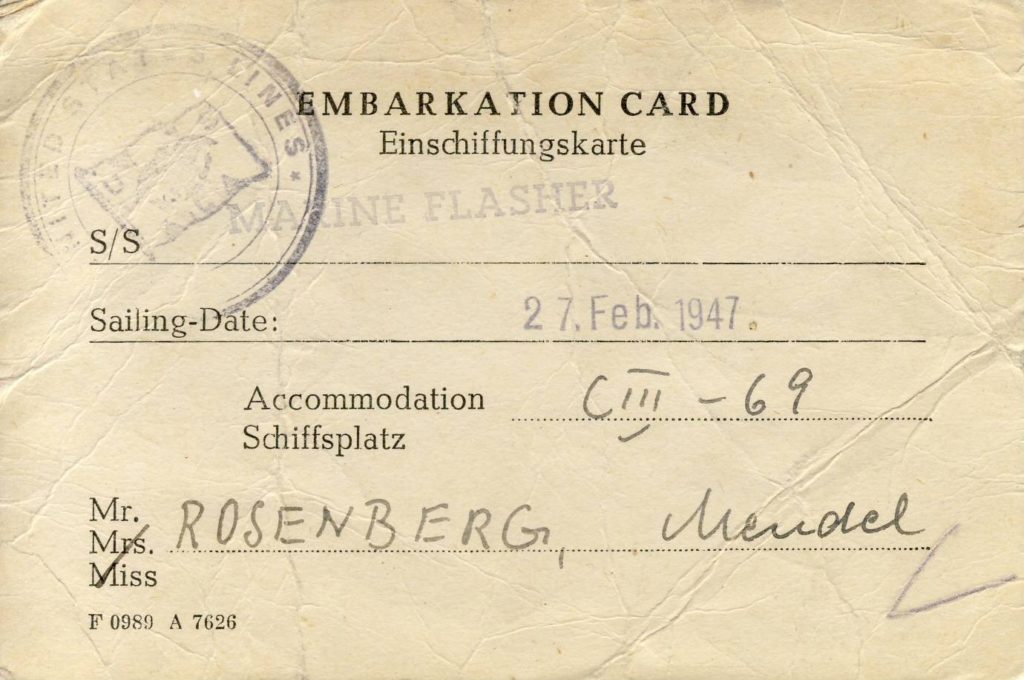 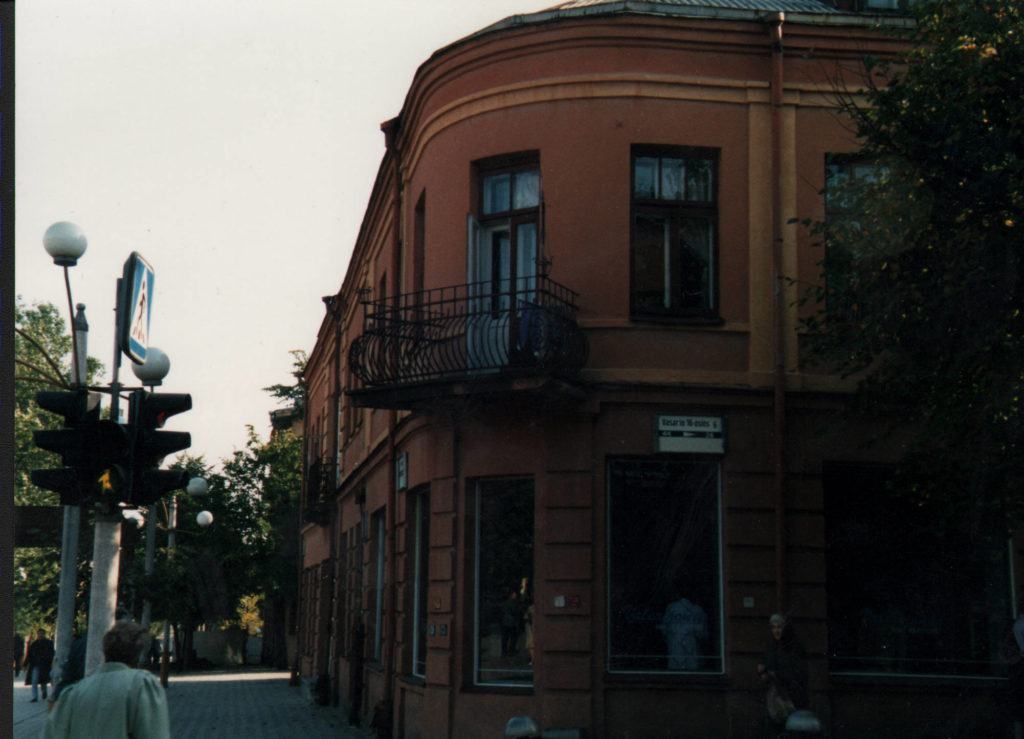 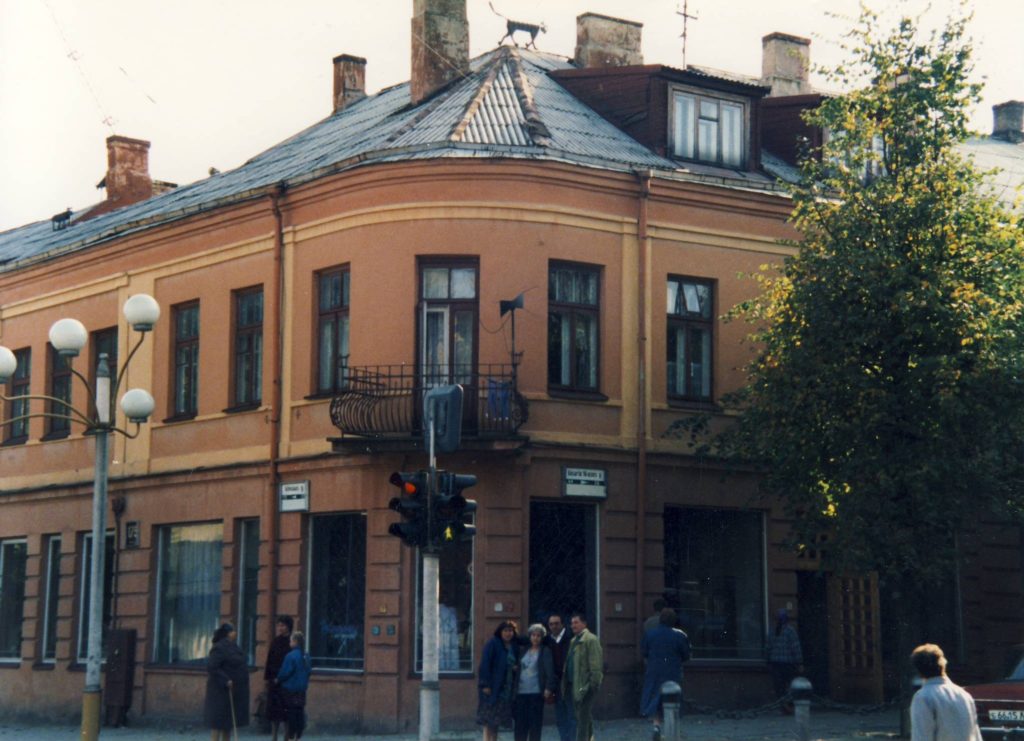 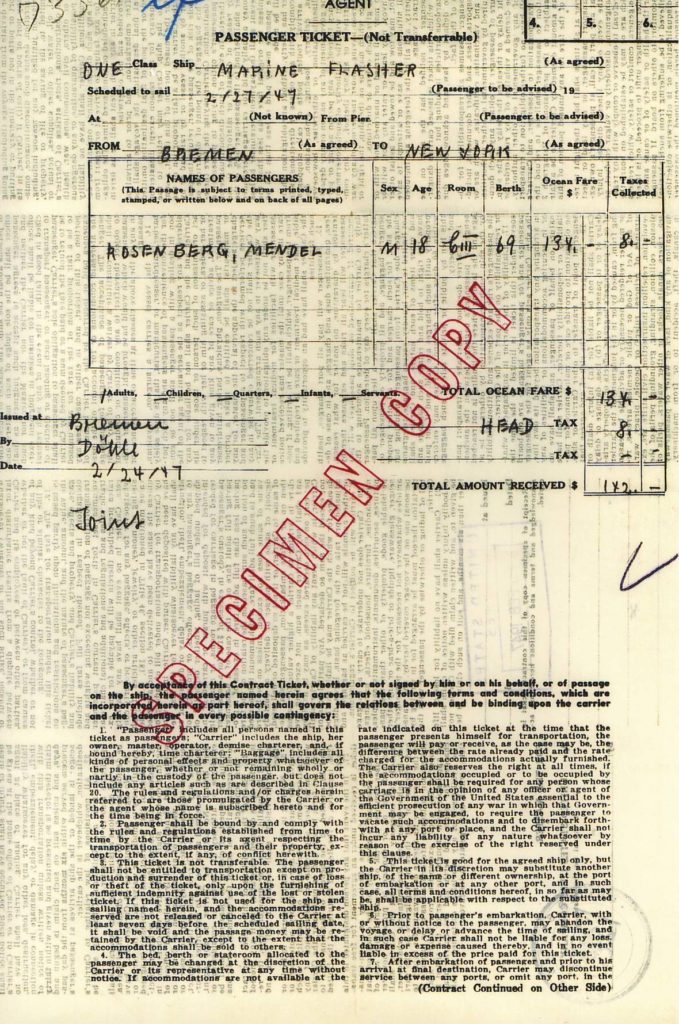 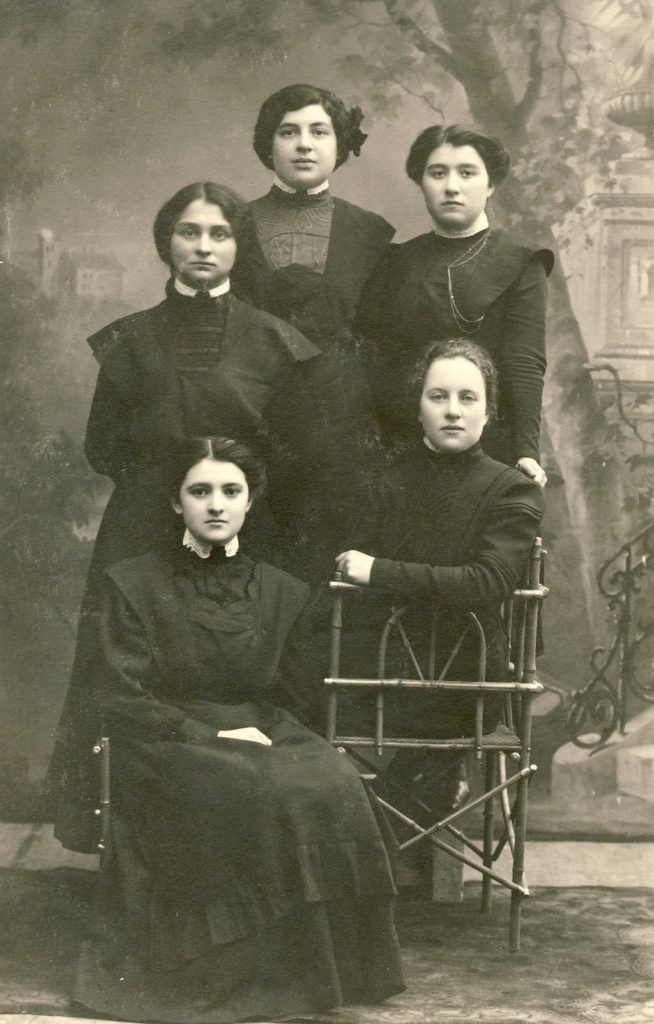 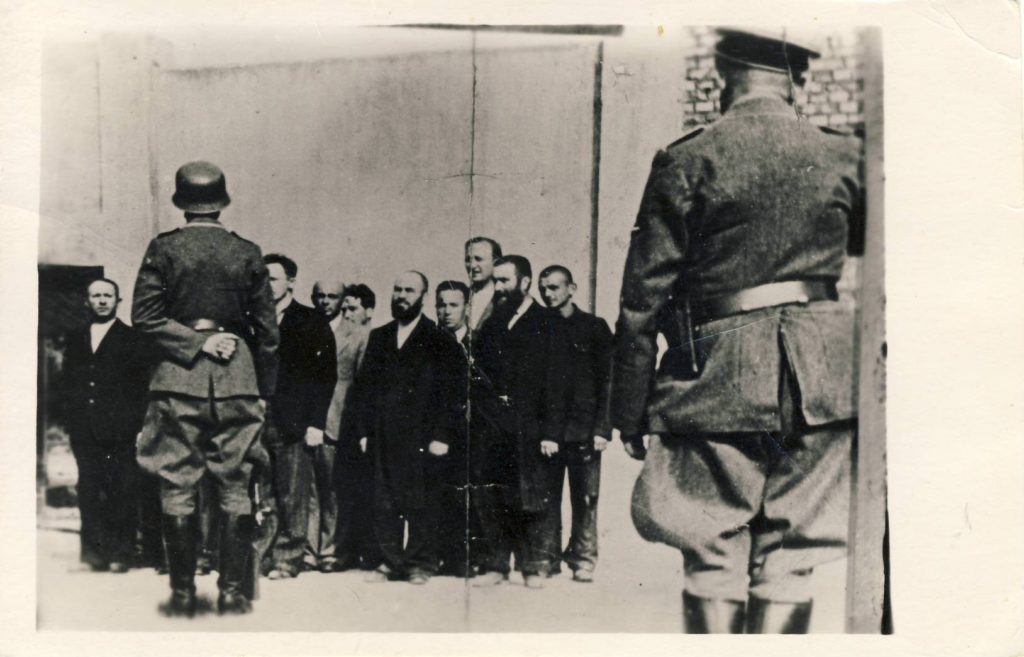 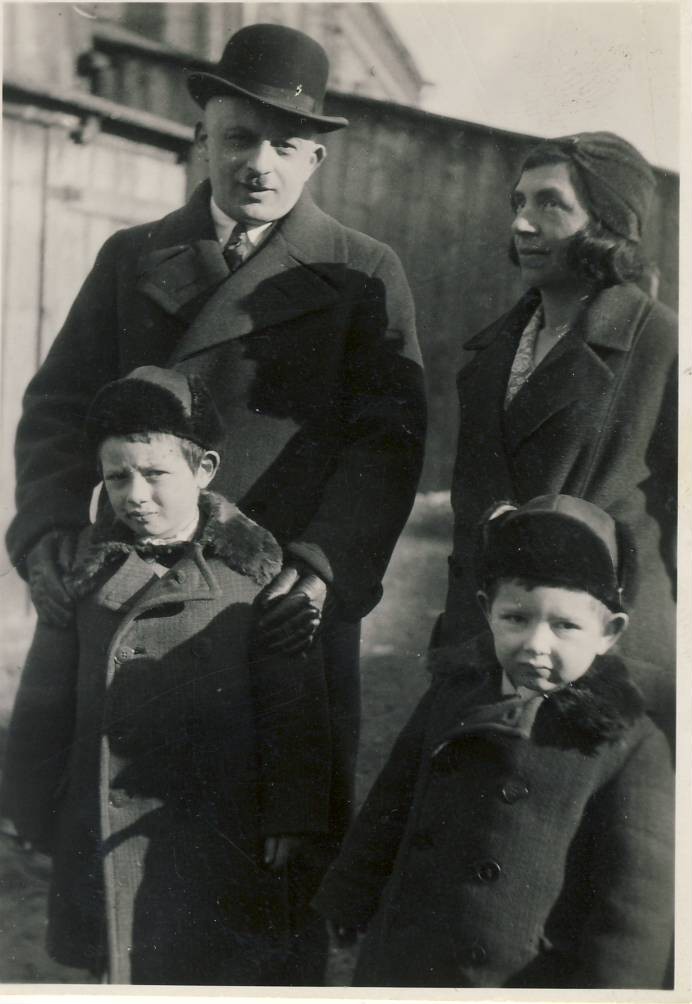 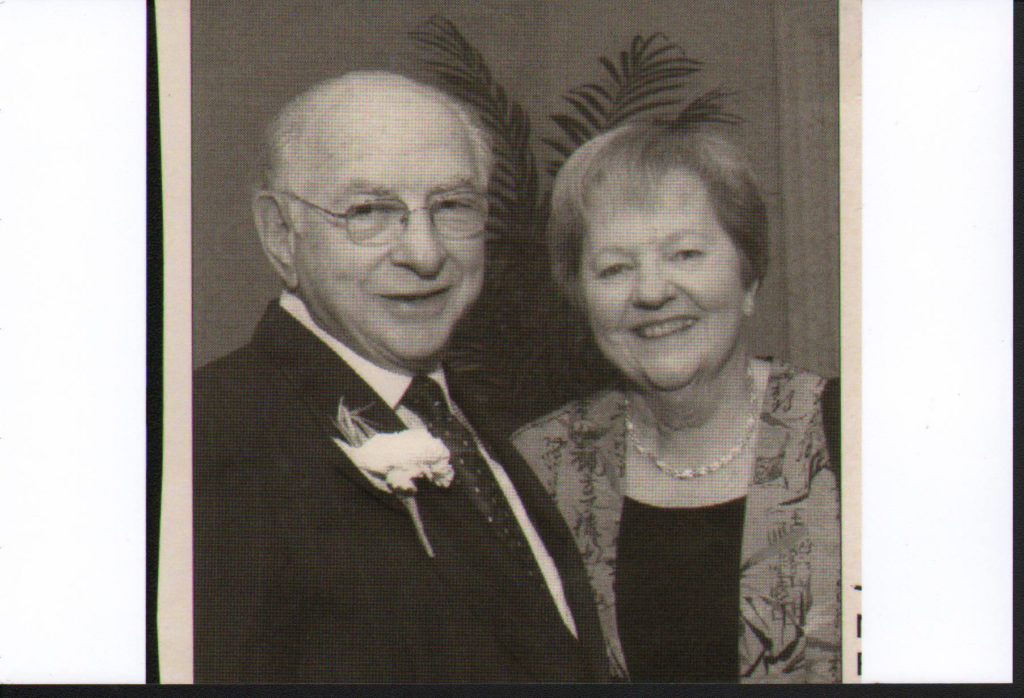 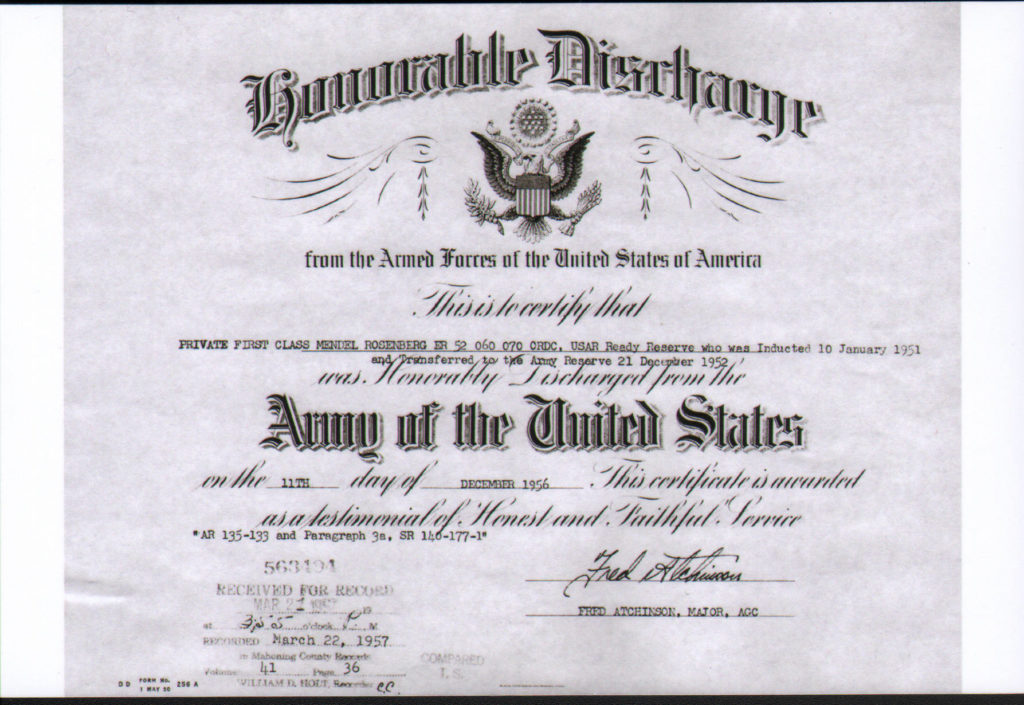 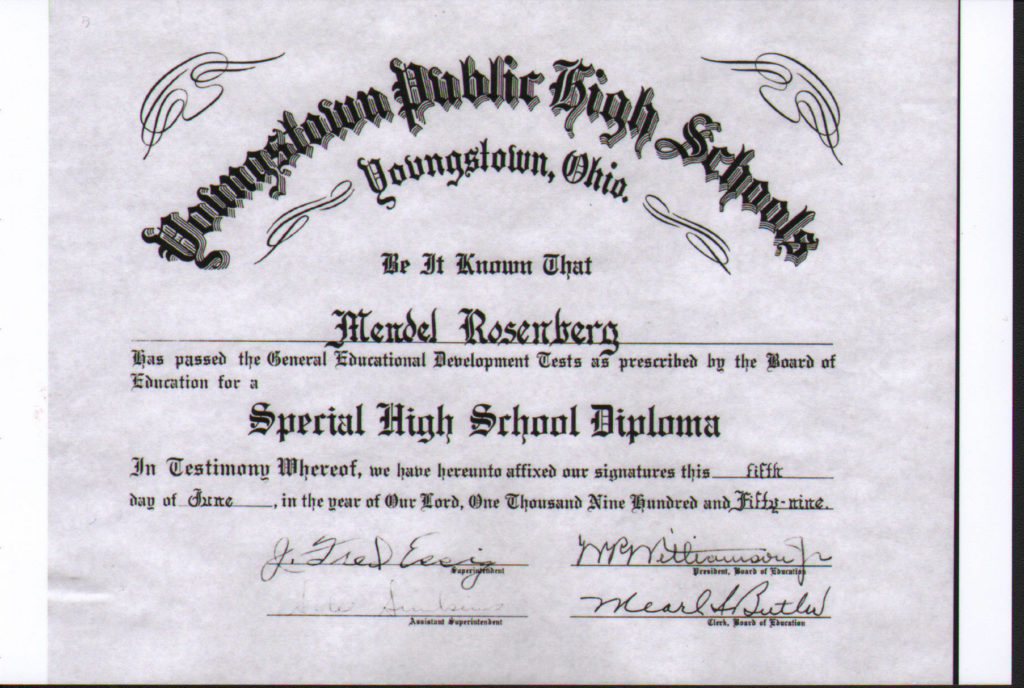 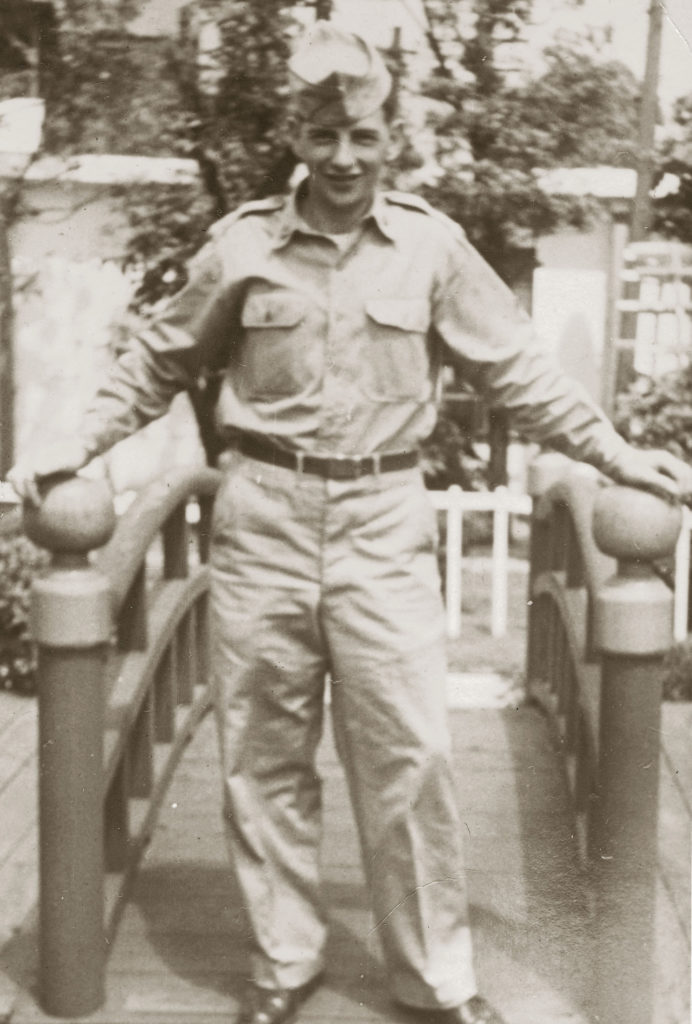 Click on the location markers to learn more about Mendel. Use the timeline below the map or the left and right keys on your keyboard to explore chronologically. In some cases the dates below were estimated based on the oral histories.

Start Mendel's Timeline
“It wasn't humanly possible to think that something like this could go on and nobody doing anything about it. Nobody lifted a finger to stop it.” - Mendel Rosenberg