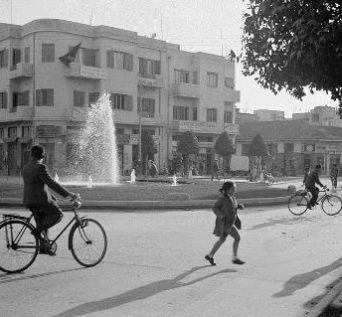 Nationality: Austrian
Location: Israel • Palestine • Tel Aviv
Experience During Holocaust: Served in the Eighth Army • Was a Soldier
Back to All Stories

Paul Hugo Feldman was born in Vienna, Austria in 1916. He was serving in the Austrian army at the time of the Anschluss. He was discharged from the army for being a Jew. He smuggled himself illegally into Palestine in 1938. He lived in Palestine during the war and came to St. Louis in 1954.

Click on the location markers to learn more about Paul. Use the timeline below the map or the left and right keys on your keyboard to explore chronologically. In some cases the dates below were estimated based on the oral histories.

Start Paul's Timeline
“One evening, everyone (Jewish) they could catch on the street, they took them through the streets laughing and singing and spitting. There was some beating. It was degrading.” - Paul Hugo Feldman