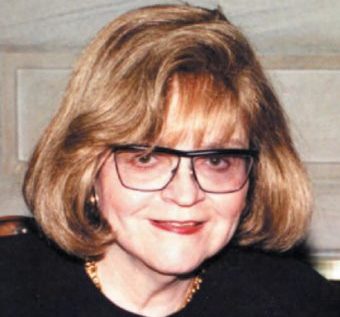 Paula Rivkin was born in Vienna, Austria and left for England in 1939 with her mother and aunt. She had Kindertransport papers. Her family had had one of the largest antique Jewish book businesses in Europe. Most of the 100,000 volume collection was personally confiscated by Adolf Eichmann, who also wanted to adopt Paula. Her mother dissuaded him, and Paula and her mother went to live somewhere else for a while.

Paula’s grandfather was in the United States on business when the Germans invaded Austria. He was instrumental in bringing the rest of the family over. Her father and uncles escaped from Austria. Her father and one uncle were reunited with the family in England in 1939. They emigrated to the U.S. in 1941.

She tells of her life as an immigrant in Buffalo, New York. She comments at the end how she feels about Jews in America today. At the time of the interview, Mrs. Rivkin’s husband was Chief Orthodox Rabbi of St. Louis.

Click on the location markers to learn more about Paula. Use the timeline below the map or the left and right keys on your keyboard to explore chronologically. In some cases the dates below were estimated based on the oral histories.

Start Paula's Timeline
“We got to the school and the school was in flames... my mother put me under her coat and we walked home. And I always felt that there must have been even worse things on the way back, because she wouldn’t let me see them.” - Paula Rivkin