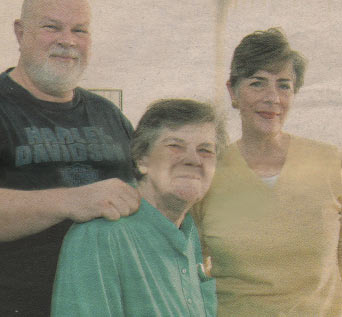 Mrs. Rachel Benrubi was born as Elenista Maka, part of a Christian Greek Orthodox family in Naoussa, in the province of Macedonia in Greece. When she was 15 in 1940, Nazi German soldiers were occupying Greece, and threatened the nation’s ancient Jewish community with deportation and death, a fate that more than 60,000 Greek Jews would suffer. A Greek police officer knocked on the door of her family’s home. With him were a young Jewish widow and her 15-year-old son. The policeman told Mrs. Benrubi’s father, “Give them a room and don’t ask them anything.” The young widow and her son were hidden in the family’s attic, despite the risk of death to the father, who worked as a security guard at a large textile factory.

The father encouraged the widow to contact other family members who might be in need of protection. The widow’s husband had already been killed by the Nazis. The widow’s father-and mother-in-law and their younger children soon came to the home and were protected throughout the Holocaust.

After the war, Elenista Maka met and fell in love with Ruben Benrubi, a cousin of one of the Jews the family had hidden. She married that man, changed her first name to Rachel and converted to Judaism. The couple came to the United States in 1951, settling in Indianapolis. Later, after her husband died in 2000, Rachel Benrubi moved to St. Louis, where her son, Asher Benrubi, better known as the radio personality Smash, and her daughter, Rena Benrubi Abrams, former longtime marketing director at Plaza Frontenac, resided. Another of her daughters, Esther Gurman, resides in Denver.

On Sunday, April 19, 2009, at the annual Yom HaShoah Day of Remembrance, hosted that year at Shaare Zedek Synagogue, Rachel Benrubi, accompanied by her son Asher and daughter Rena, was honored as one of the “Righteous of the Nations” for her role as a member of the family who hid Jews from the Nazis in Greece at great personal risk. Rachel Benrubi “never set out to be a hero with an unforgettable love story. Instead, she saw herself as a loyal daughter, the third eldest of nine siblings born to a Christian Greek Orthodox family in northern Greece.” 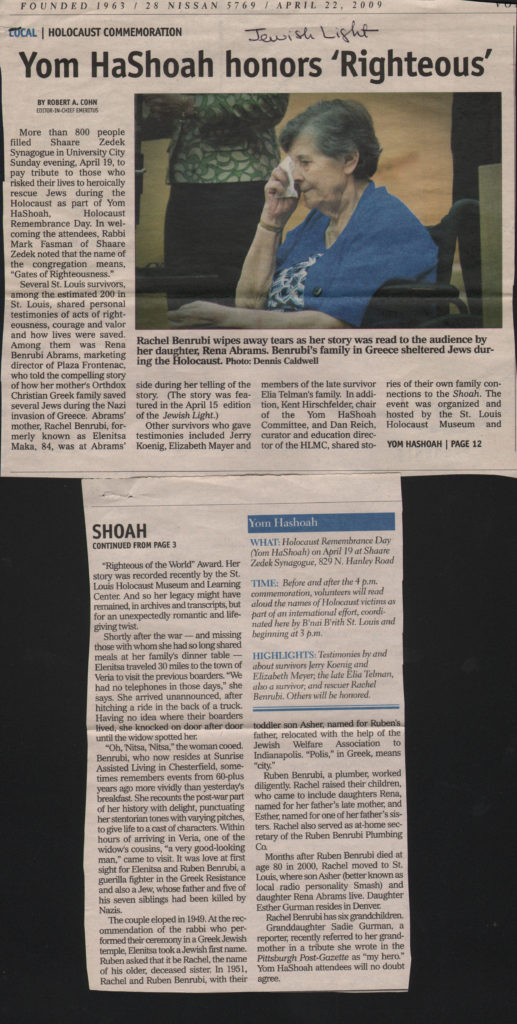 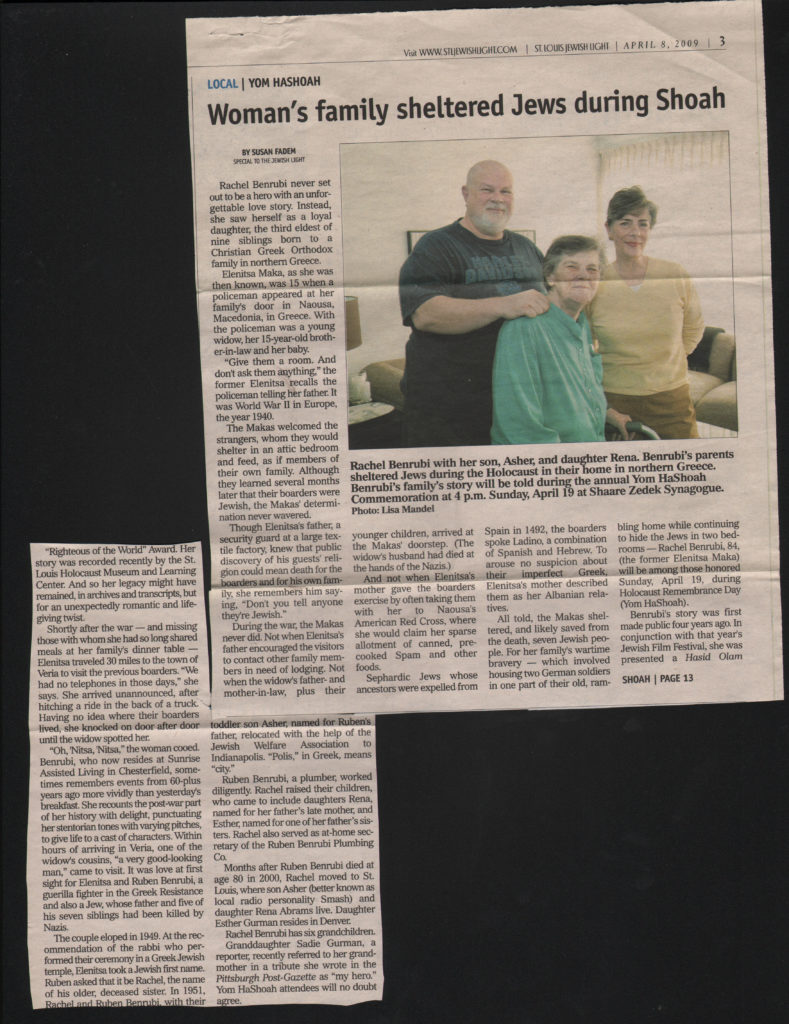 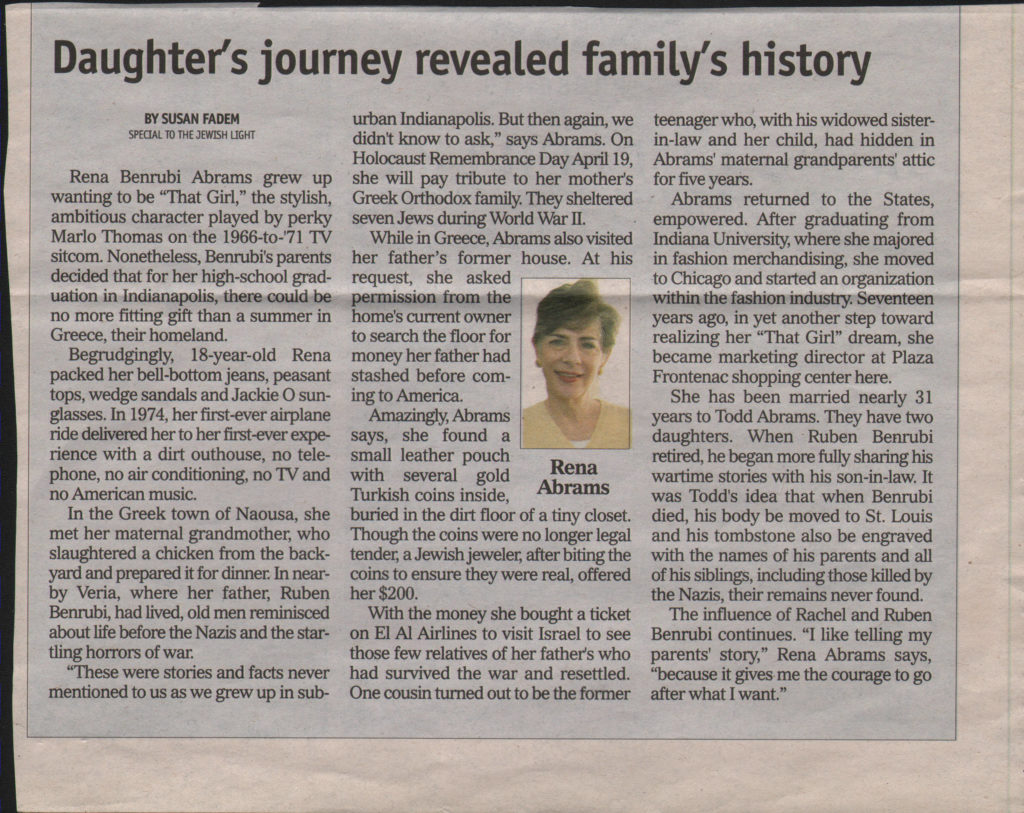 Click on the location markers to learn more about Rachel. Use the timeline below the map or the left and right keys on your keyboard to explore chronologically. In some cases the dates below were estimated based on the oral histories.

Start Rachel's Timeline
“When you are in the war, you think different. You are doing what the war tells you to do… To save the people or kill the people.” - Rachel Benrubi