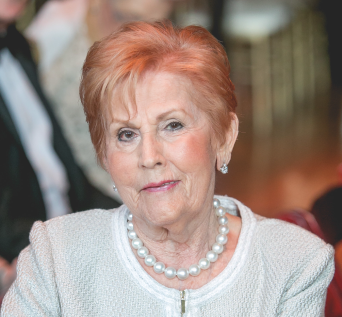 Regina Rosch was born on January 18, 1926 in a town called Tiacevo in Czech or Tecso in Hungarian. It was a community of 15-20 thousand, of which a few thousand were Jewish. It was part of the Austro-Hungarian Empire.

In 1939, Czechoslovakia was cut up, with one part given to Germany, the Sudetenland, the other to Hungary. Ukrainians moved in before Hungary took over, and the testimony is quite clear on how the Jews were brutalized before Hungary took charge and how it changed again when the Germans occupied Hungary.

Mrs. Rosch details life under the ensuing restrictions. All males were taken into the army. Her older brother was sent to Poland to be a servant to the soldiers at the front. Her father was also conscripted.

Jews from smaller towns were placed into ghettos in Tiacevo. Mrs. Rosch describes the ghetto life. Then they were shipped to Auschwitz. The testimony has much painful detail.

Mrs. Rosch was sent to a plane factory called Jung Haus, a company in Markleberg, about seven kilometers from Leipzig. She describes her life there with details about the Volksdeutschen and SS (originally German, with some Poles, Hungarian and Ukrainian, men and women) who helped round up the Jews.

As the Germans were forced to retreat, all were taken on a forced march away from the Allies. When the Russians took over the area, she found herself in Dresden and returned to what was formally her home. The Russians settled in there, and she and her friends and family that survived did not want to live under a dictatorship. They escaped to Germany to live as displaced persons.

Mrs. Rosch lost both her parents, two brothers, and a sister. She survived along with two brothers.

Click on the location markers to learn more about Regina. Use the timeline below the map or the left and right keys on your keyboard to explore chronologically. In some cases the dates below were estimated based on the oral histories.

Start Regina's Timeline
“It’s just unbelievable to even comprehend what was happening to me. I lived through it.” - Regina Rosch