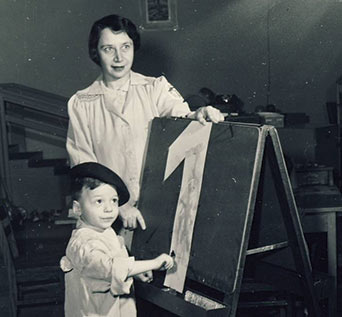 Renate Vambery, occupational therapist, licensed psychologist, and certified rehab counselor, was born in Stuttgart, Germany on September 9, 1916. Her father was a German soldier in World War I. The members of her family were Humanists, and there were many Jewish-Christian marriages within the family.

Renate describes her reactions to those persons in the community who looked upon her as “Jewish” even though the family was not observant and considered themselves Germans. She describes the loss of friendships that came about because of her Jewish label. Before the war, Renate had completed high school and junior college in Germany. During the Hitler regime, she went to school in England and Switzerland. She received her B.A., O.T.R., M.S., and M.A. at Washington University, St. Louis and is a Ph.D. candidate at St. Louis University.

Renate, who had relatives in St. Louis, came here in May 1937. She is both widowed and divorced. 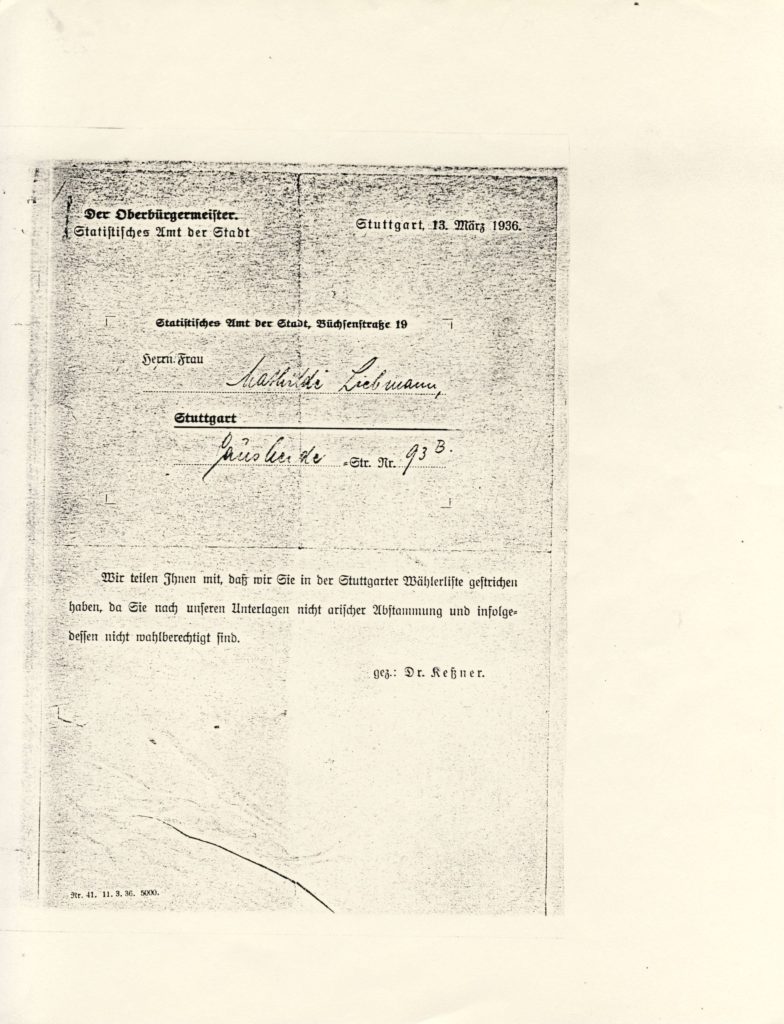 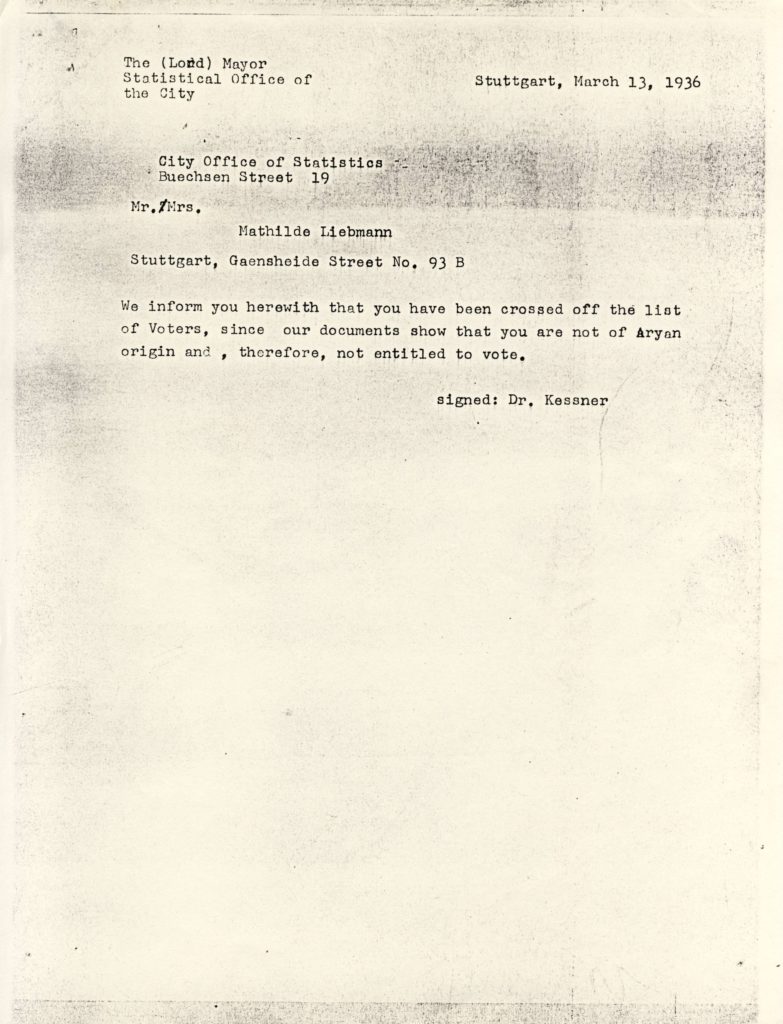 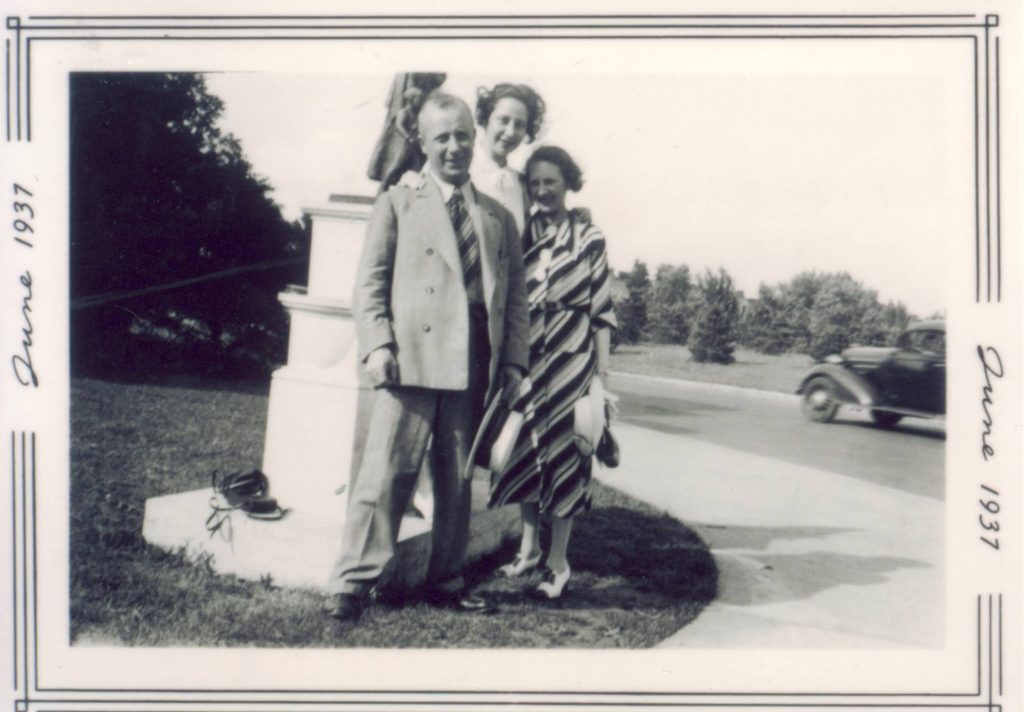 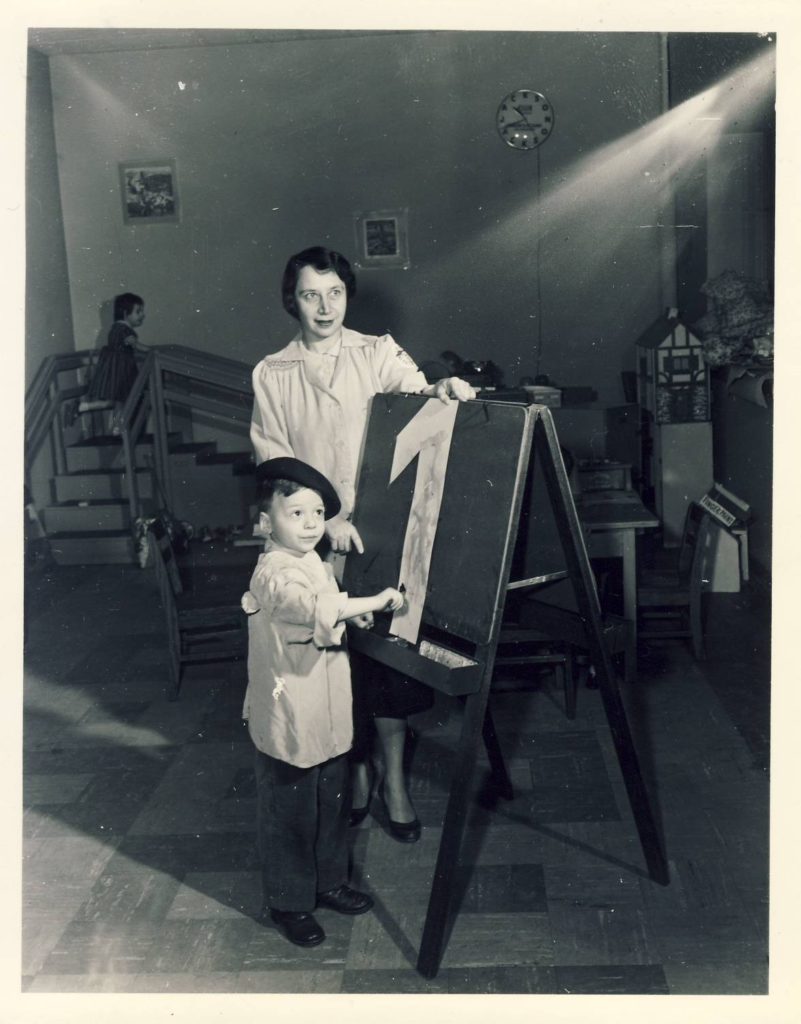 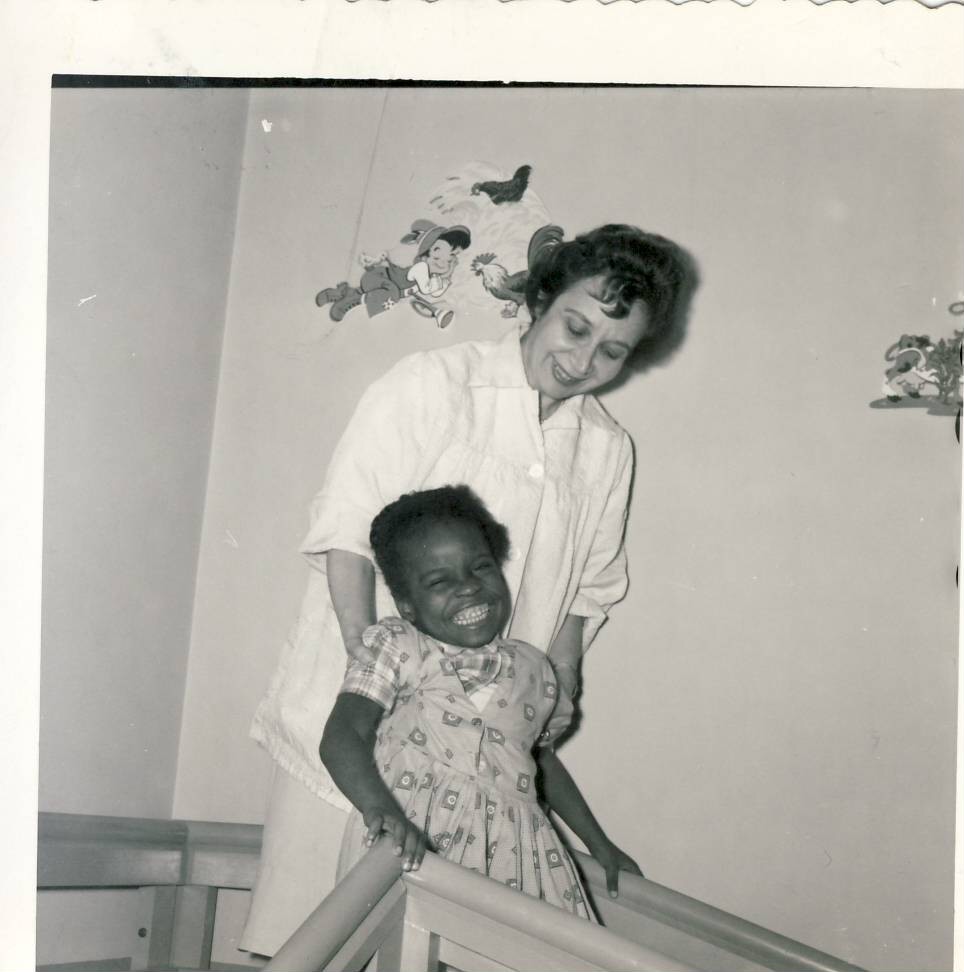 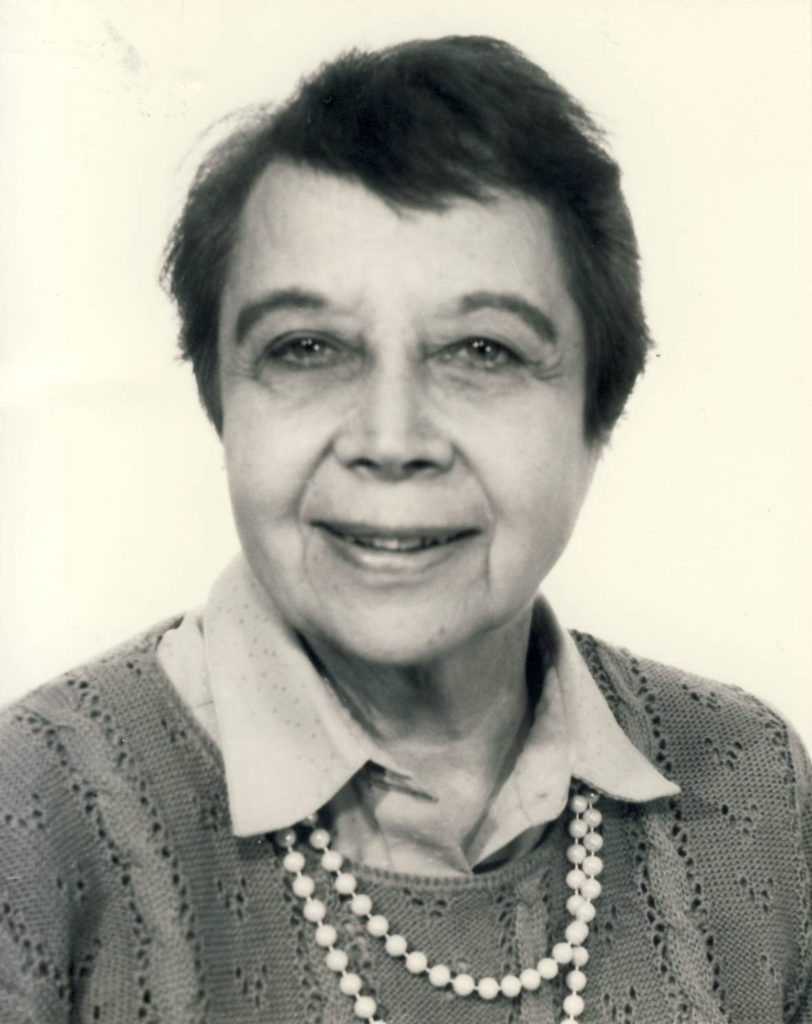 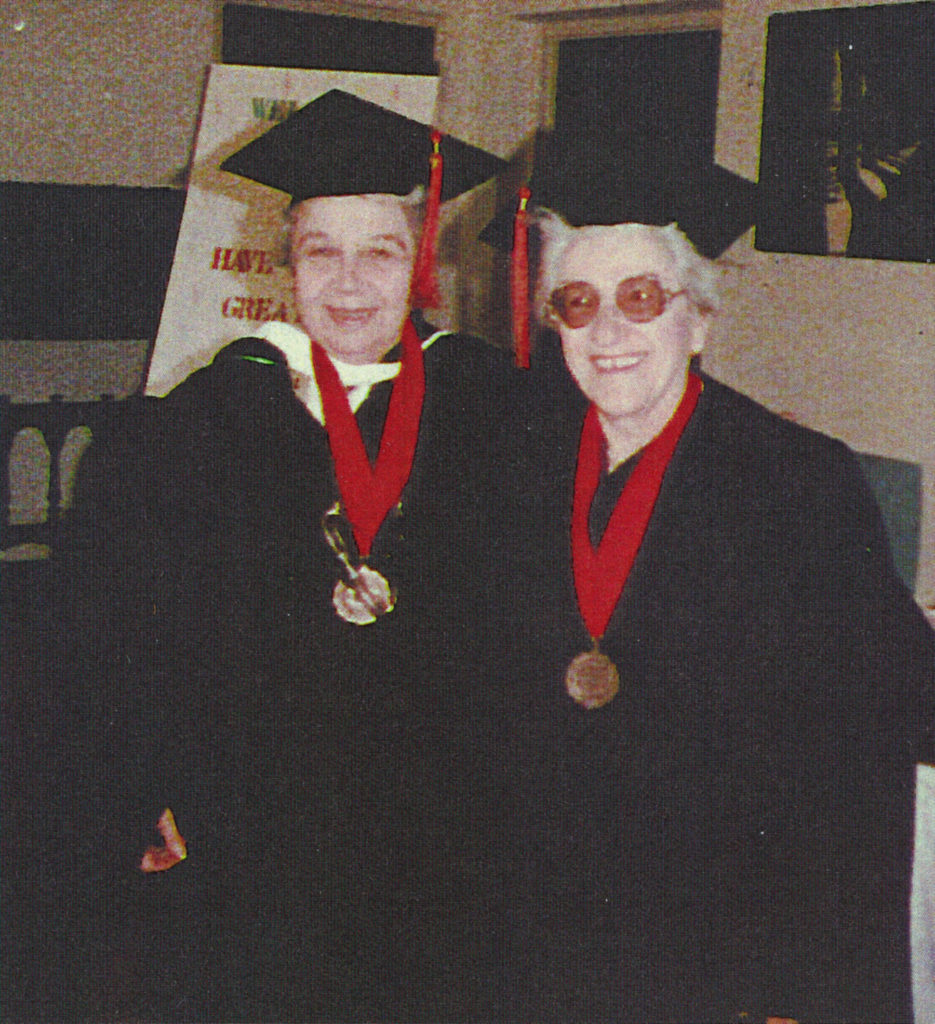 Click on the location markers to learn more about Renate. Use the timeline below the map or the left and right keys on your keyboard to explore chronologically. In some cases the dates below were estimated based on the oral histories.

Start Renate's Timeline
“We had Gestapo in the house while we were packing to see that we didn’t pack jewels or money. I remember my mother and I, before they came, burning… crying while we were doing it… burning all the books written by Russian authors because the Germans wouldn’t know the difference... anything Russian would have been Communist and we wouldn’t be able to leave.” - Renate Vambery

VAMBERY: In 1935 before I returned to England, I wanted to earn some extra money and I was hired as a camp counselor by a totally Jewish camp where the children were being prepared to go to Palestine. And I was hired for a two or three week period. This was in a small community in the province I lived in Luneburg…I can’t recall the name at this point. The children were all between the ages of 6-12. And it was an Orthodox camp. It was my first exposure to Orthodox…Judaism as a matter of fact. The next morning – the morning after we arrived there – there was a town crier. We used to have these in the small towns in Europe and they still had one there who used a bell to make himself heard. And he announced that Jews could no longer bathe in the creek. The children had enjoyed in past years, bathing in a little creek that was there. It was not even a river. And he announced that…in a very loud voice…so that was one thing we then knew, we could not do. When we went for a walk with the children and I was with them, the children of the town were throwing rocks at us, and we had to restrain our children, the Jewish children, from returning the rocks. Because we said, “You can’t do that. You have to be absolutely, accept what is happening and you cannot retaliate,” which was a very difficult thing to do because we don’t ordinarily, don’t instruct our children to do that. So we were constantly…they called us Jews and all sorts of other names, while we were walking…trying to hike through the town and to other areas in the woods. So this was an extremely difficult experience for me and, I think, for the children even more so, because they were young and they had to be…absolutely mobile…while rocks were being thrown at them.
One more thing I wanted to ask that when you asked me yesterday how we knew that Jews were not welcome anymore in certain places. My sister with whom I talked on the phone last night (she lives in Chicago), informed me that she remembered very well that there were signs that said, “Juden ohne begierig,” that meant, Jews are not desired…Jews are not welcome. I did not remember the exact wording but that was the wording of the sign. There were places and when she would go somewhere with her husband on an outing and there was no place where after 1935, where we could even get to buy a cup of coffee…because they all had the same signs…”Juden nicht wuncht,” Jews are not wanted.
I think this would be my addendum to yesterday’s tape. Thank you.