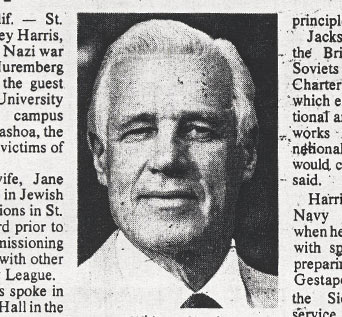 Whitney R. Harris was born in Seattle, Washington, on August 12, 1911. He graduated law school from the University of California-Berkeley in 1936.

Mr. Harris was trial counsel at the trial of major German war criminals at Nuremberg, Germany from 1945-46. He had primary responsibility for the case against Gestapo and SD, and Ernst Kaltenbrunner, principal repressive agencies of the Third Reich. 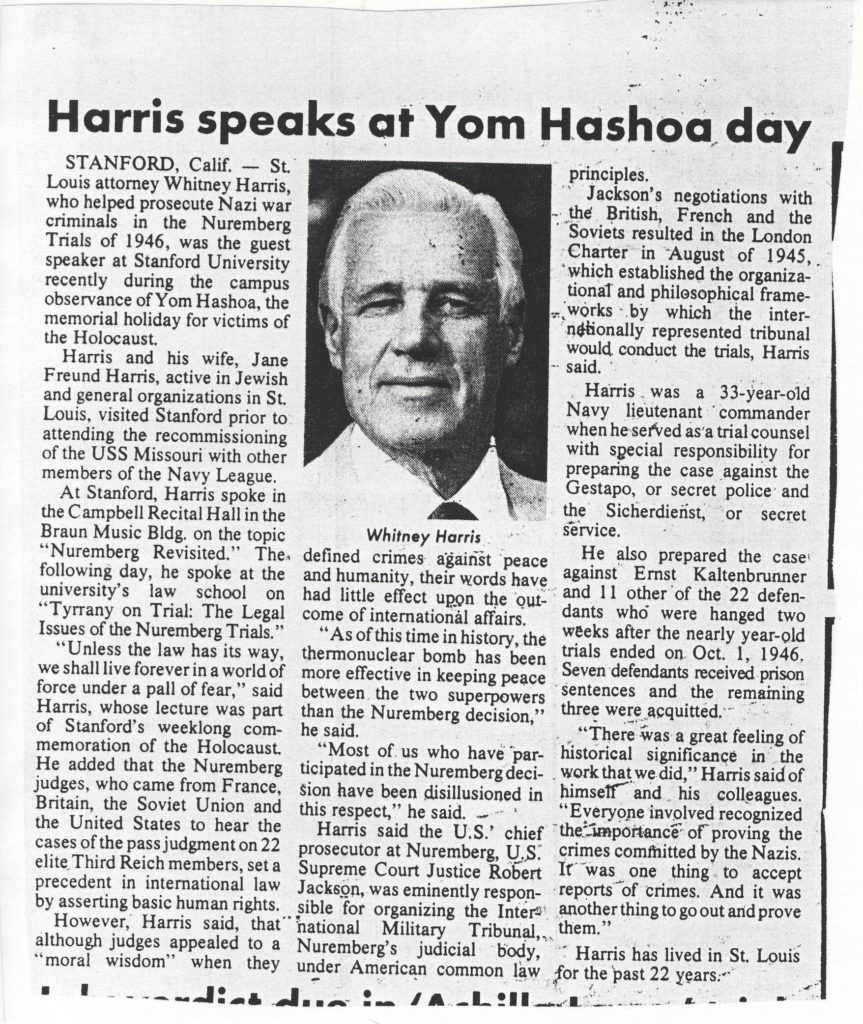 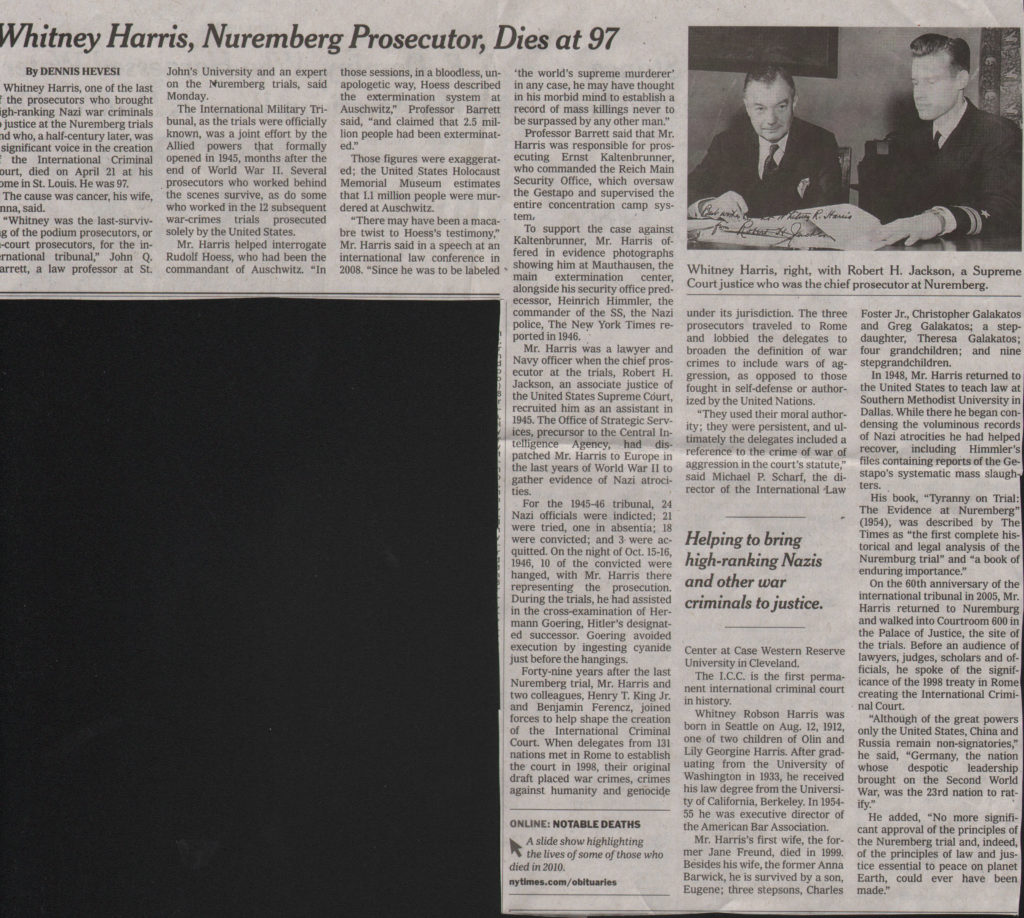 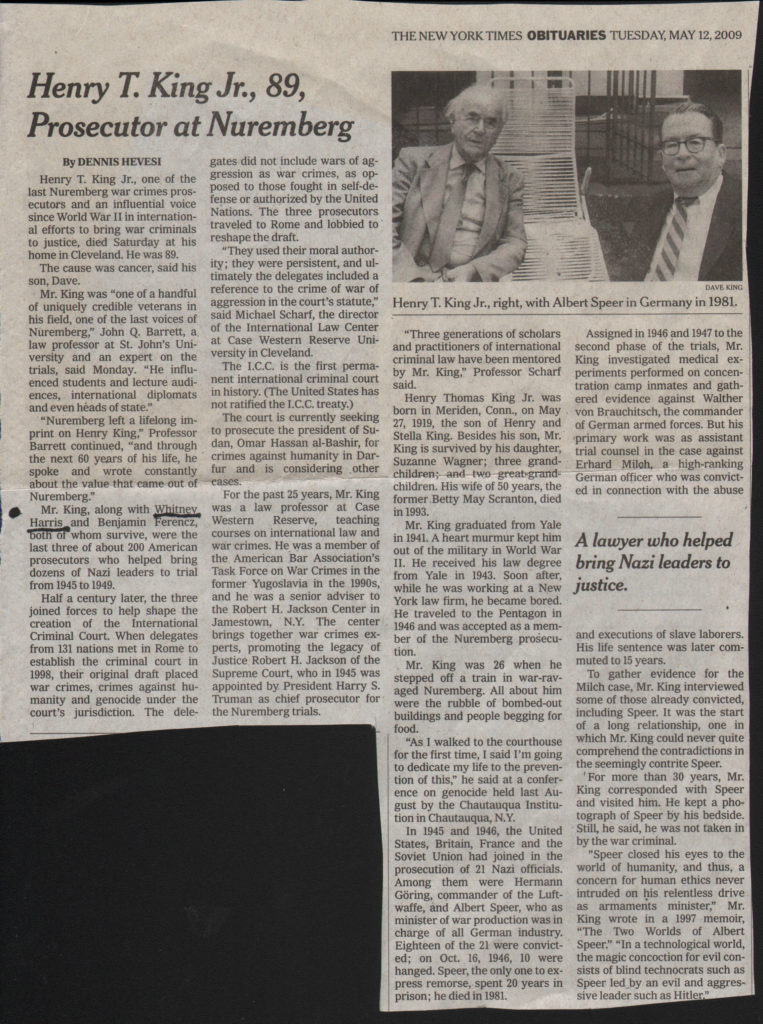 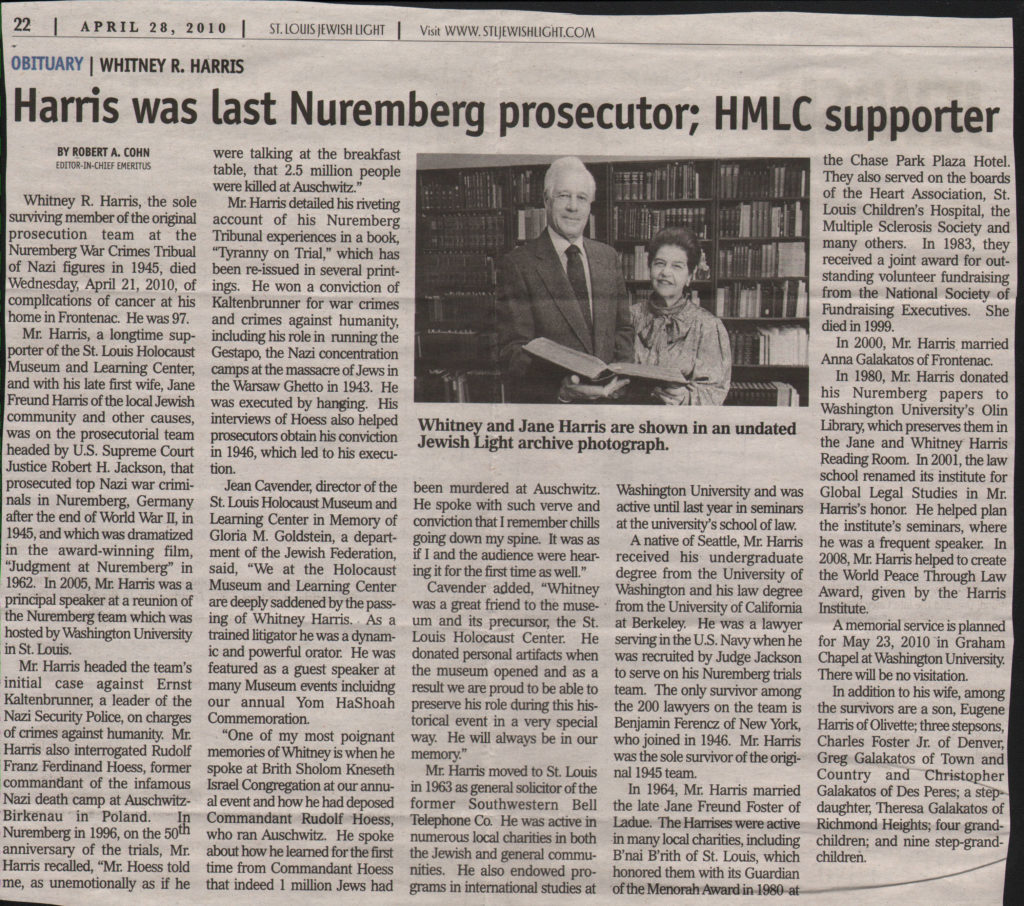 Click on the location markers to learn more about Whitney. Use the timeline below the map or the left and right keys on your keyboard to explore chronologically. In some cases the dates below were estimated based on the oral histories.

Start Whitney's Timeline
“In every way, I was grateful with my participation [in the trial]. I was able to find proof of criminal acts which no one had imagined happened.” - Whitney Harris