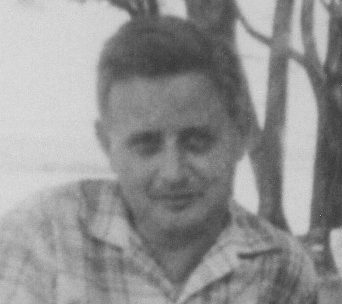 Alfred Burger was born in Vienna, Austria and served in the Austrian army during the Anschluss, where for a time he wore the uniform of Nazi Germany until his Jewish identity was discovered and he was dismissed.

He escaped Nazi occupation in 1939 with a visa to England. When Great Britain declared war on Nazi Germany, he was among the Jews who were placed in a British concentration camp for “enemy aliens” and shipped to Australia on the ship, Dunera.

In Australia, Mr. Burger was incarcerated in a similar “enemy alien” concentration camp until 1941. He had to wait in Australia until 1942, when he was sent back to England and worked for the British Air Force. After waiting five years for visas, Mr. Burger and his family came to Washington, D.C. in 1951.

One of his brothers, as well as a sister survived. Some members of his extended family, including his cousin, Harry (whose testimony is in the archives of the St. Louis Holocaust Museum and Learning Center), also survived. Alfred Burger’s father, stepmother, brother, some extended family members in Austria, and entire extended family in Poland perished during the Holocaust.

Click on the location markers to learn more about Alfred. Use the timeline below the map or the left and right keys on your keyboard to explore chronologically. In some cases the dates below were estimated based on the oral histories.

Start Alfred's Timeline
“We were in a state of excitation during the whole trip [to England], and it took about 24 hours to get to the German border. And I remember after that there was a sigh of relief, of course. But on the other hand, it was so overwhelming that you just couldn’t fathom what was going on. We had left everything behind and we don’t know what was confronting us.” - Alfred Burger