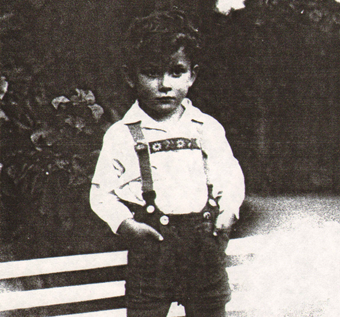 Harry Burger, a commercial photographer, was born in Vienna, Austria on May 10, 1924. Before the war he attended middle school. He was in hiding in Nice, France from 1940-43. He was incarcerated is an Italian civilian prisoner of war camp in Sospel, France from January 1943 until May 1943.

Mr. Burger was a partisan in Italy from 1943 to May 1945. He was liberated May 8, 1945 in Cuneo, Italy. Of his immediate family, his mother and older sister also survived, while his father was killed in Auschwitz. Seven of his extended family members survived, including a cousin, Alfred, but 12 were killed.

Mr. Burger’s wife had family in St. Louis; they came here in April 1986. He is married to the former Marilyn Swett and has three children and two grandchildren.

Start Harry's Timeline
“There was 12,300 feet of elevation when we [a group of 700 Jewish refugees] crossed the border in the Alps. We had cripples, we had infants, we had pregnant women, and everybody made it!” - Harry Burger