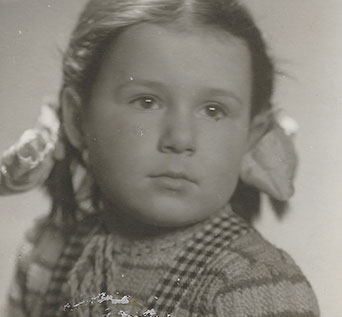 Nationality: Polish
Location: Belgium • Brussels • Frankfurt • Germany • Lodz • Missouri • Poland • St. Louis • Tarnow • United States of America • Warsaw
Experience During Holocaust: Family or Person in Hiding • Sent to Ghetto • Was a Child During the Holocaust
Back to All Stories

Felicia Graber was born in March of 1940 in the city of Tarnow, Poland. The Germans had already invaded Poland at the time of her birth. Although her parents had moved somewhat away from the very strict Orthodox ways of her grandparents, they were still Orthodox, observing the laws of Kashrut (dietary laws) and the Sabbath (traditionally a day of rest, spiritual renewal and prayer). Her grandfather and father were both watchmakers and owned a successful watch and jewelry store.

In the summer of 1942, her paternal grandparents and her maternal grandfather were deported – probably to Belzec death camp. (Her maternal grandmother had died in 1934.) In the fall of 1942, she and her parents were ordered to move into the ghetto that was established in the city by the Germans.

After being almost miraculously taken out of a transport to the Belzec death camp with her parents, her father managed to acquire a set of false Christian papers for her mother and a baptismal certificate for her. She and her mother were smuggled out of the ghetto and ended up in Warsaw living as Christians.

Felicia was being brought up as a fervent Catholic, going faithfully to mass every Sunday and reciting the Lord’s Prayer every evening. It is here, in Warsaw, that her father joined them in 1943 after his escape from the ghetto as it was being liquidated. He too had a set of Christian papers but with a different name than she and her mother. As a result, he could not officially live with them and was introduced to Felicia, who did not remember her father, as the brother-in-law of her mother.

In August of 1944, when the Polish Warsaw Uprising by the Polish underground against the Germans was defeated, she and her parents were expelled from their apartment and, together with thousands of other Poles, driven out of the city to a transit camp in Pruszkov. Many Poles were transported from there to Germany as slave laborers, but she and her parents managed to get released and to find shelter in a farm house in Chiliczky near Grodzisk Maz, about one hour out of Warsaw.

They remained with the farmer, his wife, and two daughters until Poland was liberated by the Russians in the spring of 1945. At no time did the farmer, his family or anyone in the village suspect that the three were Jews.

After liberation, her father managed to reestablish himself as a watchmaker and jeweler in Zopot, a resort town in the north of Poland near Gdansk (the former Danzig). It is here that her brother was born in 1946. However, as the Communist grip on Poland tightened, her father’s situation as a “capitalist” became precarious. In 1947, he managed to get a visa to leave Poland for Belgium where he and his family found political asylum.

It was here, in Brussels, in 1947, at the age of seven that Felicia was told the truth about her identity as a Jew and about the true identity of her “uncle.” Both revelations came as a shock to her and it took some time before she was able to accept those facts.

In 1951, she and her family moved to Germany for financial reasons. Growing up as a Jew in post-war Germany was a lonely existence for a girl who, although not observant, had become by that time thoroughly Jewish and was aware of Germany’s and the Germans’ role in her people’s and family’s recent past.

In 1959, she met and married an American chaplain serving with the U.S. Occupying Forces in Germany. Her return to her roots came full circle when she joined her new husband’s Orthodox Jewish lifestyle.

Her daughter was born in 1961 and her son in 1963, both in an army hospital in Germany. She came to the U.S. in 1963 when her husband’s tour of duty overseas was finished.

Felicia Graber’s father, Salomon Lederberger, has an interview on tape in the archives of the St. Louis Holocaust Museum and Learning Center. You can also read some of Felicia’s writing as part of the Museum’s Memory Project. 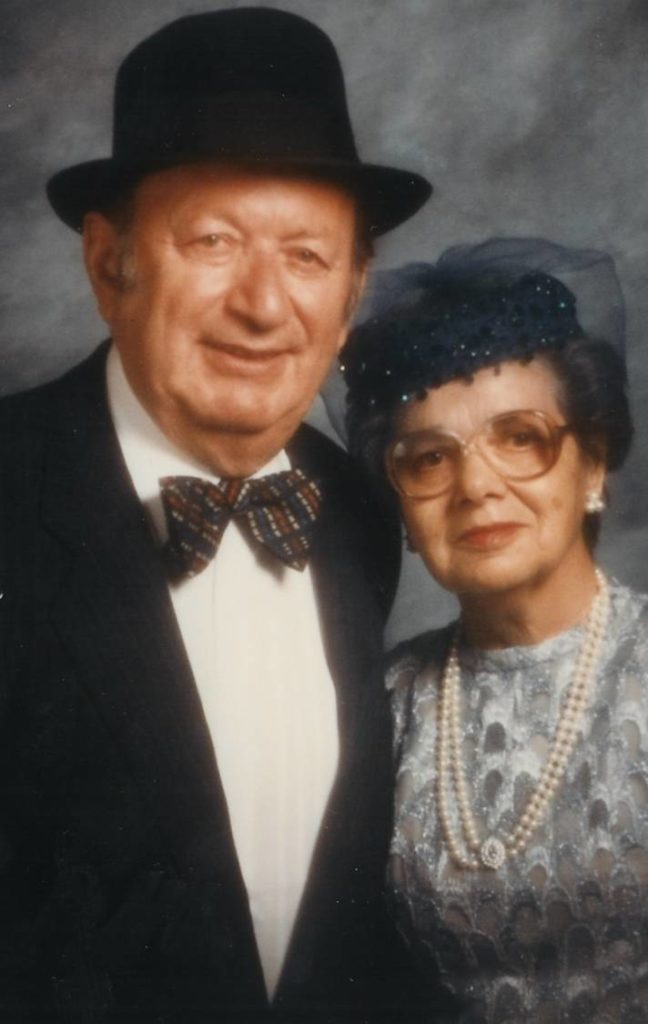 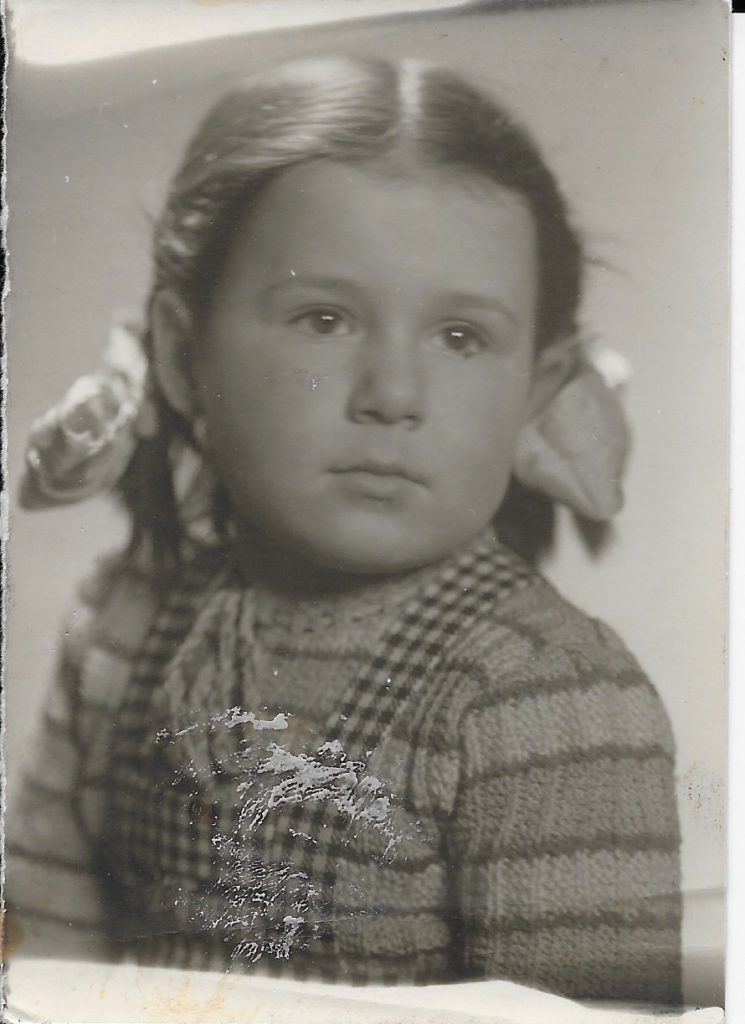 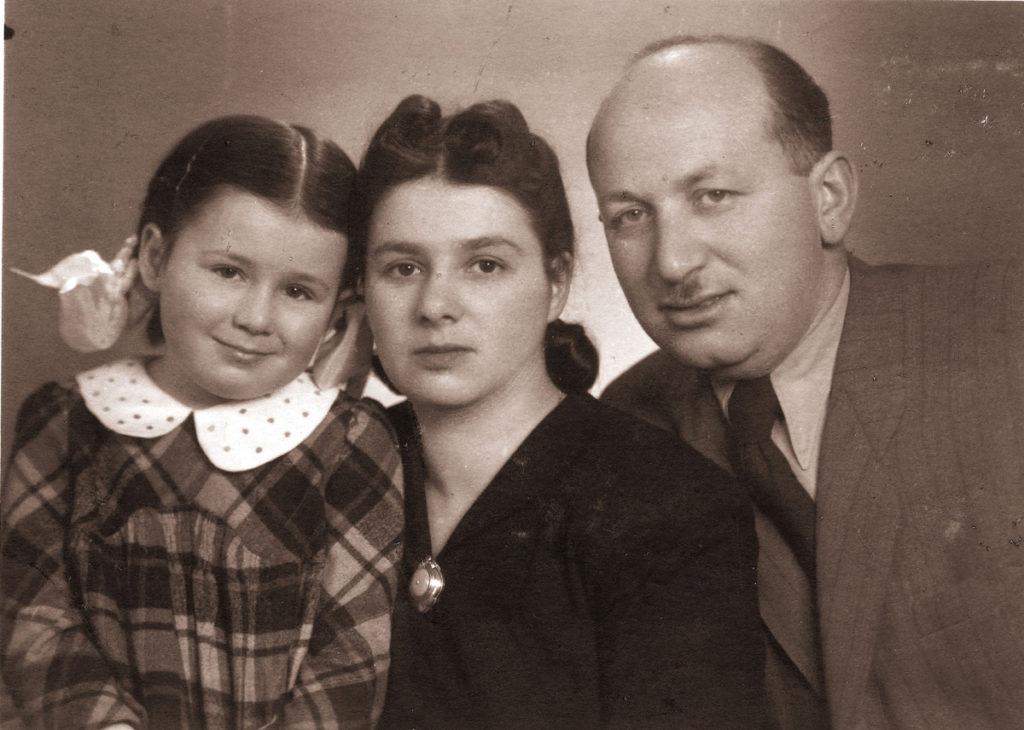 Click on the location markers to learn more about Felicia. Use the timeline below the map or the left and right keys on your keyboard to explore chronologically. In some cases the dates below were estimated based on the oral histories.

Start Felicia's Timeline
“I was drilled to say the Lord’s Prayer every morning and every night, went to church every Sunday... even after the war, after we were liberated, my parents did not tell me and did not live as Jews until we left Poland.” - Felicia Graber

He’s not too crazy about me doing this. So he says, “There are other reasons than that.” I said, “Well, maybe I gave birth to Sarah and Steven, maybe that’s the reason.” I mean, I don’t know. I don’t think, I can’t say I think about it a lot. You know, I go my way and do my job. I go to work and, you know, live a normal life just like anybody else. But once in awhile it, it, it – you know, you think about it and I guess I don’t know whether it’s called survival skill they call it or whatever you want to call it.
HEIFETZ: It makes you wonder about not only a plan, what kind of reason for it in general, but what purpose then…
GRABER: Right. You know, was I spared for specific reasons? I don’t know. Maybe my children will show, my grandchildren. Maybe that’s when the – maybe my children or grandchildren will do something. (LAUGHTER)
HEIFETZ: You know, I really believe we should let, whatever else the reasons are, I think it’s really, your answer is really vital and important and that is that you know that you have a story, it’s your own, and that you utilize it in whatever – and that just doesn’t mean taping – but I mean in your own heart and head. I mean that you know this is who you are and this is what you believe because of it. And whatever else you want to do with that, that it comes from an incredibly crucial experience at a formative part, time of your life.
GRABER: Yes, but again you know, when you put into perspective of what other people went through, my story is not that unusual, with what other people went through. There are people who went through much bigger hell than I have. I mean, I never starved, I always had clothes on my back. I always had enough food to eat. I always had the essentials, you know, in terms of physical – if not comfort – well, yes, the basics. If I was in danger, I wasn’t consciously aware of it. So if you take this in that perspective, I mean, my story is different, you know, in talking to people who have lived a nice sheltered normal life. But when you take it and compare it to some of the real horror stories that you hear, of children wandering through the forest, living with partisans – you know, I went through the war like a – like a song, really. It depends on how you look at it.
HEIFETZ: Well, I – first of all I don’t think that I’m saying that other people don’t have horrible experiences, but I don’t think people’s pain is a matter of comparison.
GRABER: No, that’s true.
HEIFETZ: Not only pain, but lessons, whether they’re painful or you learned a lot about the capacity of people to be generous and kind under life-threatening – you, you learned a lot of lessons. In all, I think what I mean is to hold those close and not deny them, whether they were ways that bring faith or ones that were anxiety ridden. They’re yours.
GRABER: Right.
HEIFETZ: And it doesn’t – I think one of the things that disturbs me when you talk is it’s almost like saying, “I don’t really have a right to feel bad.”
GRABER: Well, I don’t know. Do I feel that way?
HEIFETZ: I can understand in the magnitude of six million or the torture of one, but that isn’t really how any of us can live. It has to be recognizing how bad we did feel. You know, if a child feels hungry for two days, it doesn’t matter what’s happening in China. It doesn’t mean that that’s not historically more significant but for that child, even if it ends after two days, two days of no food is a terrifying experience and maybe important in his life, and should be understood as that.
GRABER: Yeah. I guess so. I’ve just been told so often, “Well you were young, you don’t remember anything.” You know, “You were so young, you don’t remember anything. What could you have remembered? It didn’t touch you. You were too young to understand.”
HEIFETZ: That’s a great disservice.
GRABER: I, I, you know, I never really sat down, as I told you. This is the first time that I really discussed this at any length. Occasionally I’ve told some people very superficially. But, I don’t know. Sometimes I wonder what effect, you know – like I told you before – sometimes I wonder what effect this had, if any. I mean, it must have had some effect, obviously. But…
HEIFETZ: You know, I’m thinking, this has taken a couple of hours. You must be tired and I’m wondering – do you think we could stop now and come back and tape one more time, to go on and tell me what happened after the war, bring me kind of up-to-date and to get back to this question because I think something I really would like to understand – what your thoughts are about how you think it has affected you, what you think about this now.
GRABER: Okay.
HEIFETZ: And do that another time.
GRABER: Okay. That’s fine.