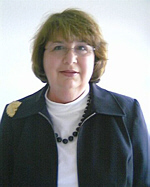 Felicia Lederberger-Bialecki-Graber, born in Tarnow, Poland, in March 1940, survived the war with her mother on false Aryan identity papers, and her father survived in hiding. After the war, Felicia, her one-year-old brother, and her parents moved first to Brussels, Belgium, then to Frankfurt, Germany. She attended schools in Poland, Belgium, Germany, and England, where she received her General Certificate of Education from Oxford University. In 1959 she met her future husband, Chaplain First Lieutenant Howard Graber, who was stationed in Frankfurt.

She attended the Johann Wolfgang von Goethe University in Frankfurt, Germany, North Carolina State University, and the University of Pittsburgh, where she received her B.A. She received her Master of Arts in Teaching from Duquesne University. From 1973 until her retirement in 1996, Felicia taught German at Latimer Junior High in Pittsburgh and French and German at Parkway Junior and Senior High in St Louis County. Felicia also taught the course Literature of the Holocaust at the Central Hebrew High School and at the Adult Jewish Institute in St Louis and conducted workshops in foreign language methodology for Parkway and CAJE teachers.

Since 1998, she has been a docent and a speaker at the St Louis Holocaust Museum and Learning Center. She served on the Holocaust Commission and the Holocaust Docent Advisory Committee and speaks and lectures about the Holocaust in area colleges, schools and community agencies. You can listen to her story as part of the Oral History Project.

Felicia is the founder of the Hidden Child/Child Survivor Group of St Louis and the co-founder of the St Louis Descendants of the Holocaust, a group of children and grandchildren of Holocaust victims. She is a member of the Memory Project at the HMLC in St. Louis (an ongoing writing program for Holocaust survivors which was founded at the USHMM in Washington). Her writings have been published in the Sagarin Review, The First Harvest, and The New Harvest, as well as in various magazines and newsletters nationwide. She is also contributed to the child-survivor anthology, And Life is Changed Forever, published by Wayne University Press in the spring of 2006.

Felicia Graber lived in St. Louis with her husband Rabbi Howard M. Graber; in December 2012 they moved to Baltimore MD. They have two children, eight grandchildren and two great-grandchildren.

Tribute to My Mother

If It Weren’t Impossible, I’d…

An Evening that Changes my Life