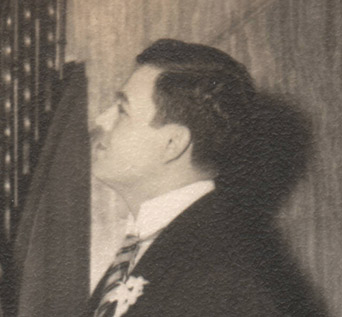 Dr. Gustav Schonfeld was born in 1934, in Mukachevo (Czech name)/Munkach (Hungarian name). Both names are used interchangeably throughout the transcript.

He remembers his childhood there and many details of the town itself, including the size of the town, demographics, a typical day of the life of the town, schooling (both Hebrew and other). His family had lived in and around the area for generations. In 1939, the border town the Schonfeld family lived in changed from Czech to Hungarian and many changes took place. Gustav’s father was involved in the pro-peace movement, and his medical license was revoked. He was prosecuted by the Hungarians, not as a Jew, but as a dissident. Jews in the town were called up for forced labor, and there was some hostility from non-Jews in the town. Gustav remembered clearly that there was no real sense of what was happening elsewhere, or about the camps; there was no sense of doom at this point.

In 1944, the Germans entered the town and life changed drastically. Deportations to Auschwitz began, and whole families were taken to a brick factory (on a rail line) from which Jews were loaded onto boxcars to Auschwitz. Gustav describes the selection process; his father lied about his son’s age, thereby saving Gustav’s life. He remembers clearly the situation at Auschwitz, the chaos, the dogs, the SS, the train, the stench, and fragments of what he saw there.

After one to two weeks in Auschwitz, Gustav and his father were taken to Warsaw to clean up (post demolition) and retrieve building materials. They took part in a forced march to Kutno, and Gustav remembers the terror of it. They went by train to Dachau, and from there to a “camp” in Muehldorf, where Gustav speaks of the hardships and how they survived – the routine of the camp, the demographics, the clinic he and his father worked in, and who was served. The camp was liberated on May 2, 1945 by the Americans.

After the war ended, Gustav and his father were reunited with his mother. He tells of her experience in the war and how they found each other afterward. 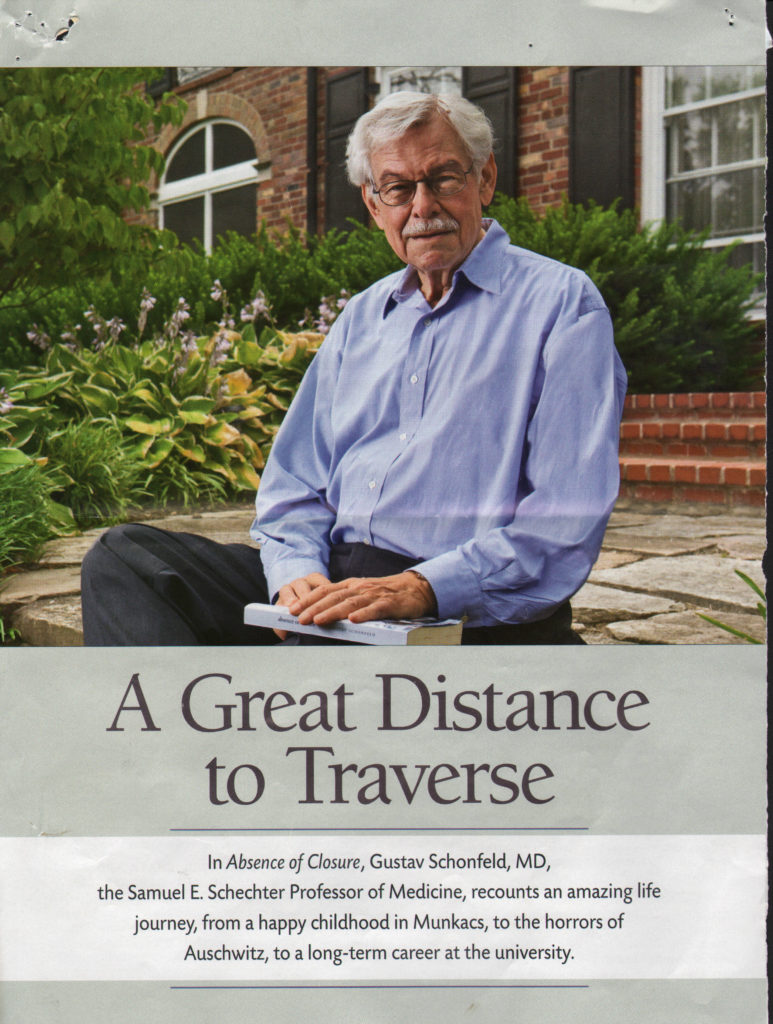 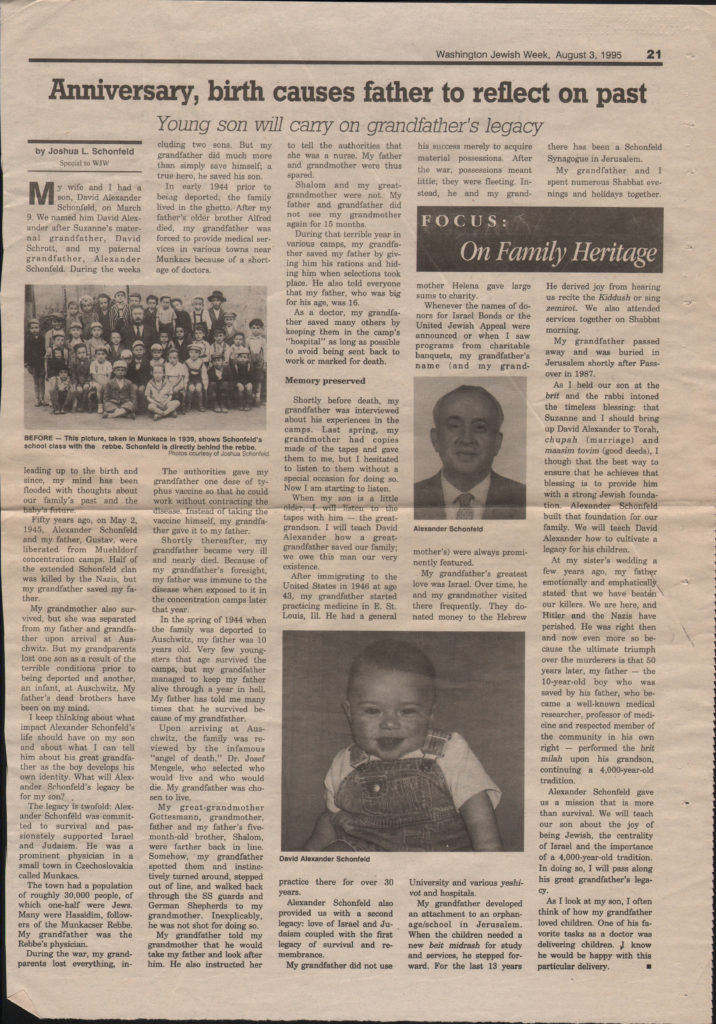 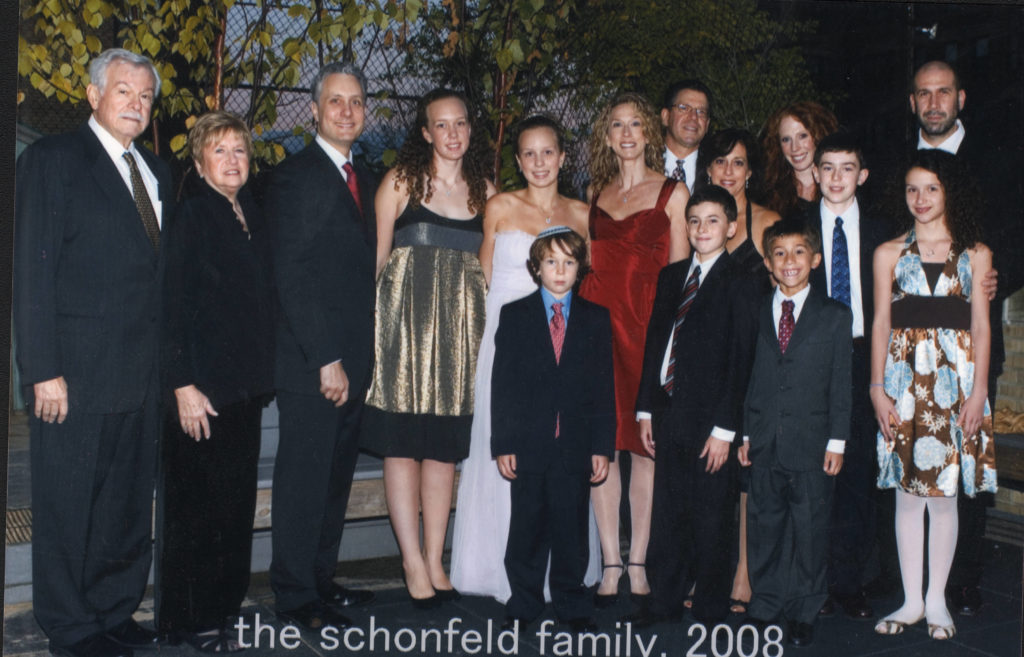 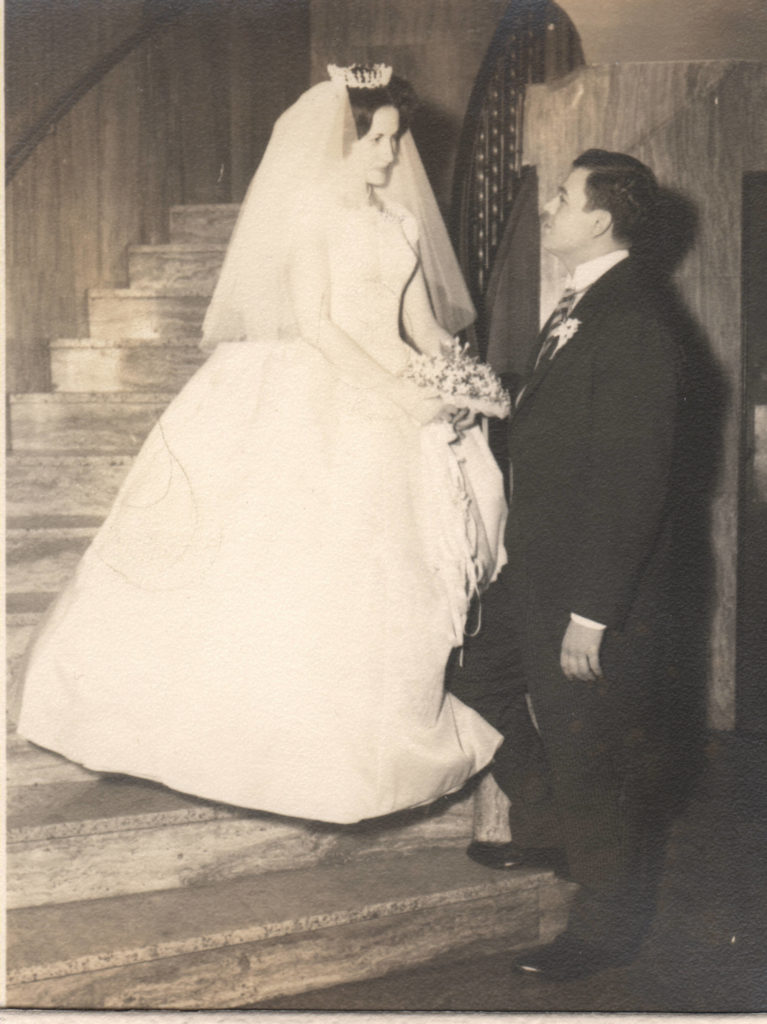 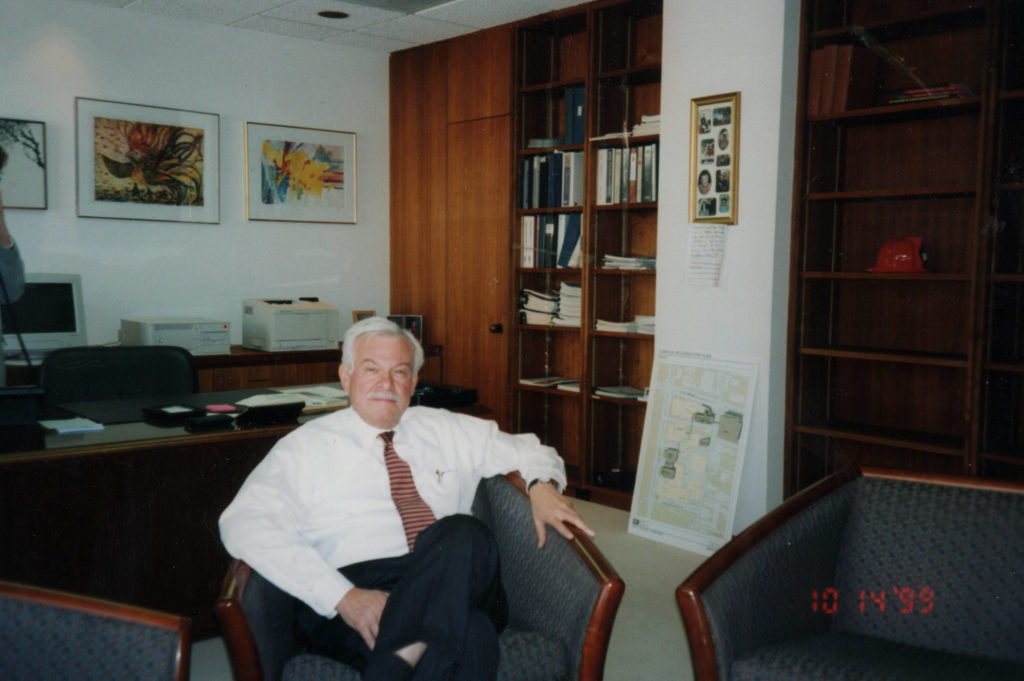 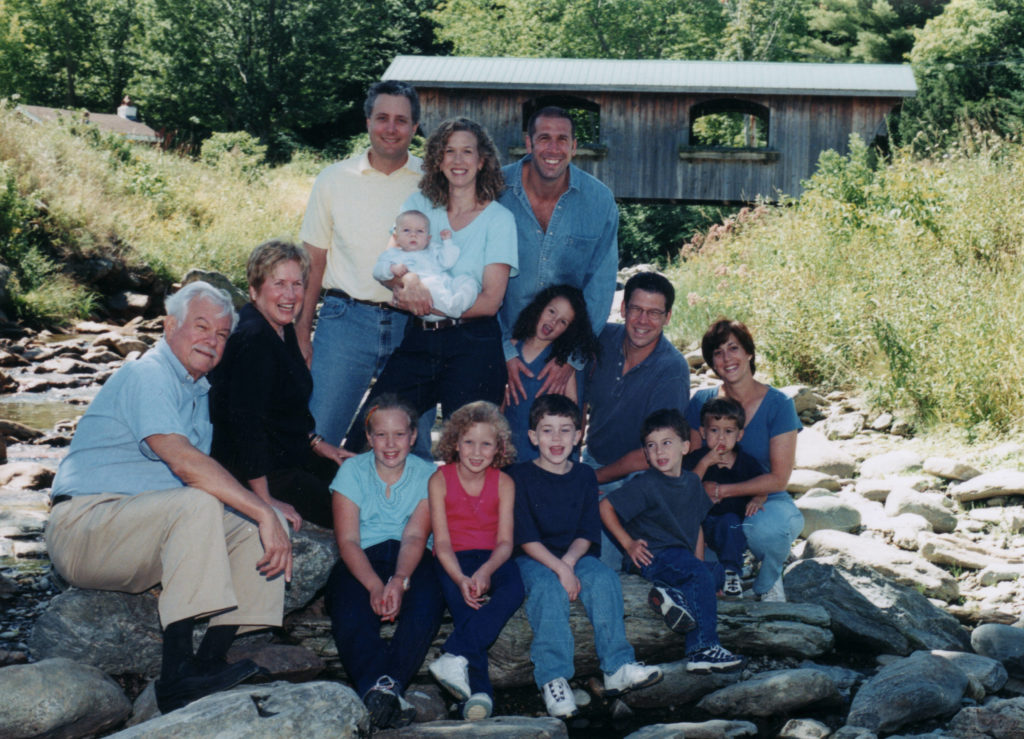 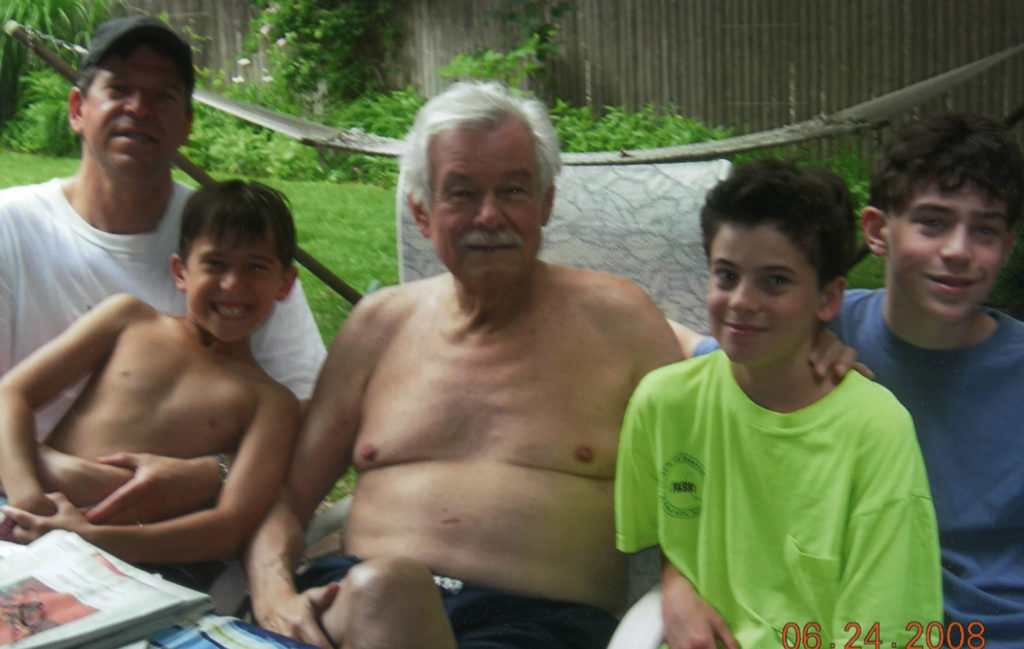 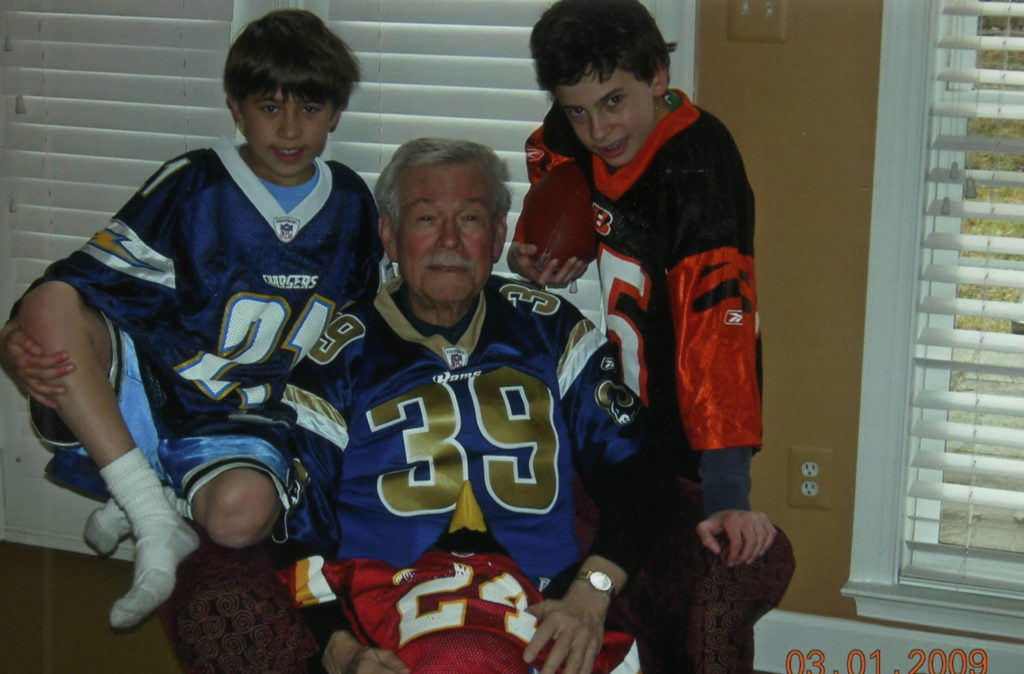 Click on the location markers to learn more about Gustav. Use the timeline below the map or the left and right keys on your keyboard to explore chronologically. In some cases the dates below were estimated based on the oral histories.

Start Gustav's Timeline
“We got on the train and, after something like three hellish days, we got out and we were in hell... It was very frightening and I remember just going off with my father and I don’t even remember whether I kissed my mother goodbye, if I had a chance to do that or not, and we wound up in Auschwitz.” - Gustav Schonfeld