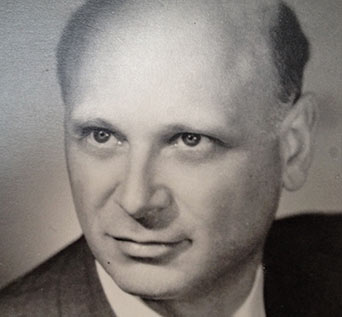 Hans Erman was born in 1914 in Wittlich, Germany, a small town near Cologne. His parents, Albert and Rose, owned a retail clothing business. Hans had a younger sister, Mitta. The family was religious. Although Hans attended school on Saturday, the Sabbath, he did not write or take exams. Holidays were always observed at the synagogue in town. Hans was the only Jew in his graduating class at the town’s sole high school; however, he never felt isolated and interacted and socialized with his Gentile classmates.

Hans was a senior in high school when the Nazis came to power in 1933. Many of his friends became members of the Nazi party, but they rationalized their memberships and the party’s antisemitic platform as a political necessity. Hans said that there were economic and political hardships for Jews in Germany, but that people did not expect the situation to become as horrific as it did, assuming that it would eventually pass over. As the years went on, the Erman’s family business began to suffer great financial hardships through boycotts and pressure. At one time, Hans rode his bike to the concentration camp of Dachau.

Hans entered a Jewish teacher’s college after high school. Because he was a fervent Zionist, he was able to receive an admission certificate to the Hebrew University in Jerusalem in 1938, shortly before Kristallnacht. He tried to get his parents out of Europe, but they were deported to Theresienstadt in 1941. After the war, Hans was able to receive death certificates for his parents. Hans’ sister was able to emigrate to England and survive. A few months before the war ended, Hans got married in Tel Aviv. He recounts his experiences living and teaching in the new State of Israel.

Because both his sister and sister-in-law lived in the United States, Hans and his wife, Helene, decided to emigrate to the US. They lived in Chicago with their children for a number of years while Hans attended graduate school at Northwestern University. They later moved to St. Louis. Helene Erman also has recorded a testimony in the archives of the St. Louis Holocaust Museum & Learning Center. 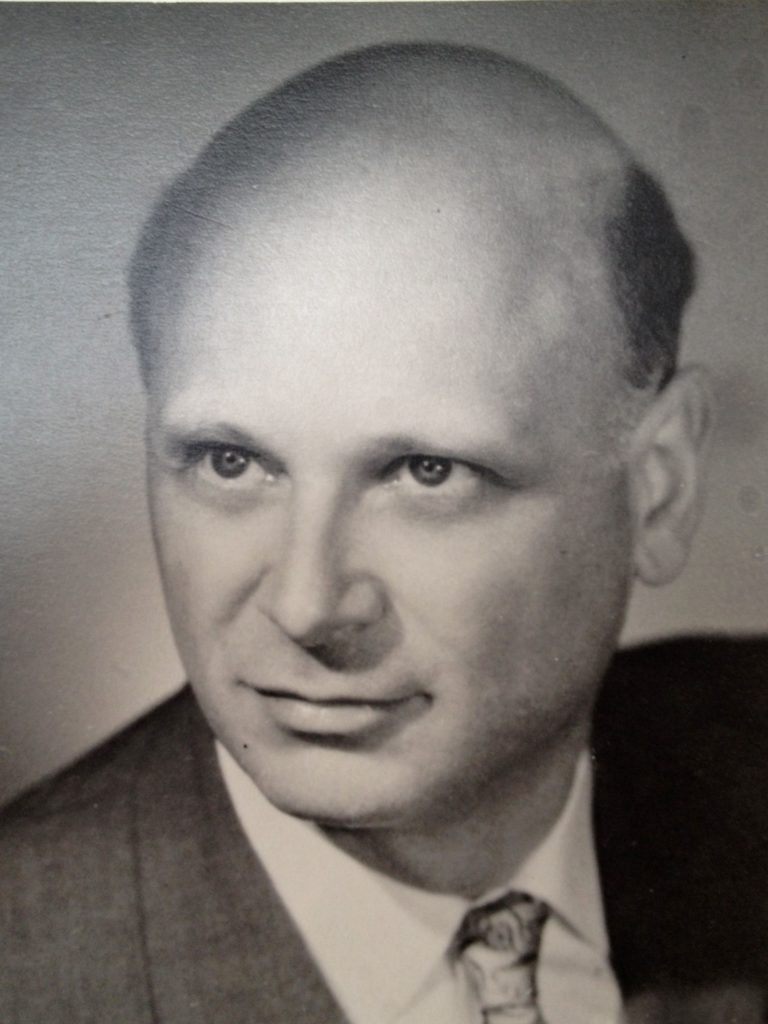 Click on the location markers to learn more about Hans. Use the timeline below the map or the left and right keys on your keyboard to explore chronologically. In some cases the dates below were estimated based on the oral histories.

Start Hans' Timeline
“So, I recall I taught school in Berlin – first in Munich, then in Berlin, and during the Nazi regime I took my class on field trips, and I happen to tell this story once in a while. I took my class in Berlin on a field trip and we walked along a very nice seashore close to Berlin, the Wannsee. And we came to a big public pool and as the way kids are – some 30 kids, you know, seventh, eighth graders, talking and laughing, and all that. Suddenly I hear that it got silent and I look around and say, 'What’s the matter?' And when we came to that swimming pool there was a sign: 'Jews not permitted.' So, that impressed that group of kids and they were looking at it and after a little while a youngster came to me – I’ll never forget it – and said, 'Mr. Erman, you know, my dad is Jewish, my mother is not Jewish, so I am half Jew.  Do you think I can go in up to the waist?' And this thing remains in my memory, and that’s the reaction of kids.” - Hans Erman