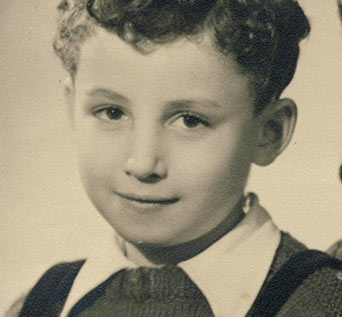 Nationality: French
Location: Capis • France • Missouri • Paris • St. Louis • United States of America
Experience During Holocaust: Family Died During the Holocaust • Family or Person in Hiding • Family Survived • Taken to an Orphanage Run by Nuns
Back to All Stories

Claude Kruchmar was born in Paris, France on August 3, 1937. When the Nazis invaded France, Claude hid in an attic for 3 weeks, but it was too dangerous so his grandmother made him go to a Cub Scout Organization-orphanage that was filled with Jewish children and led by Catholic priests. Claude’s father and grandmother were taken by the Nazis to Auschwitz, where they perished. Claude’s mother was in show business in unoccupied France and survived the war.

In 1951, Claude Kruchmar came to the United States, and he settled in St. Louis in 1952. He was an accomplished artist. Mr. Kruchmar died tragically in a car accident on November 8, 2016 in St. Charles County, Missouri. 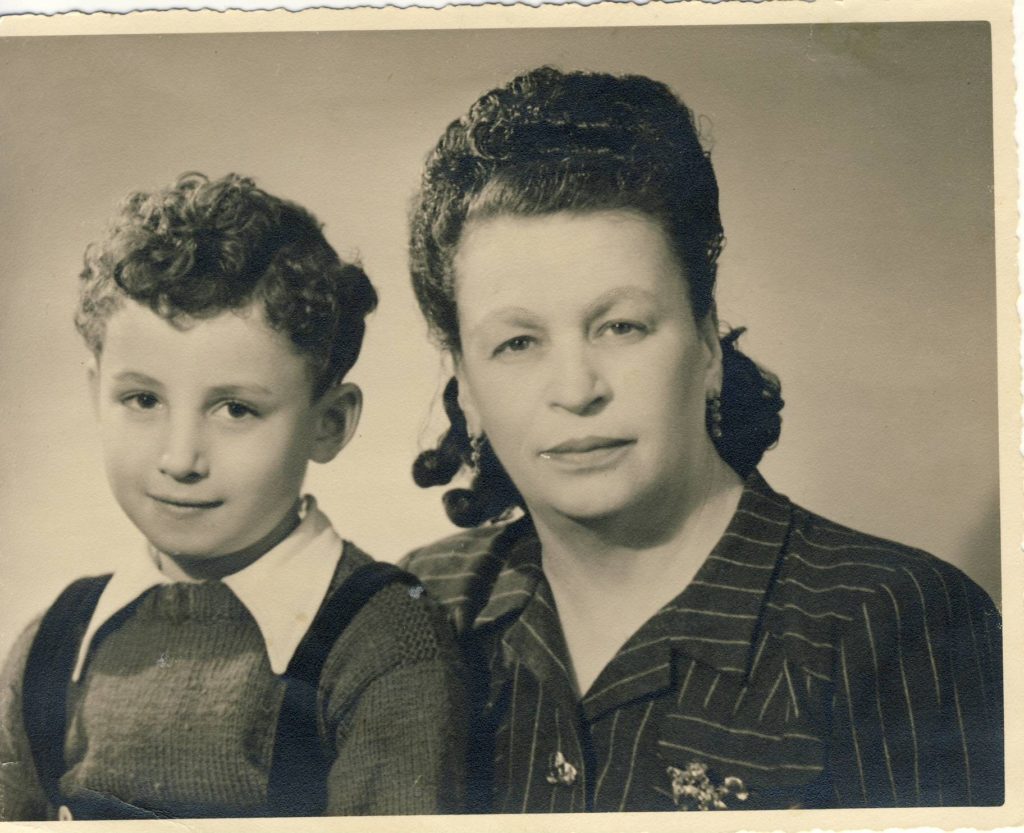 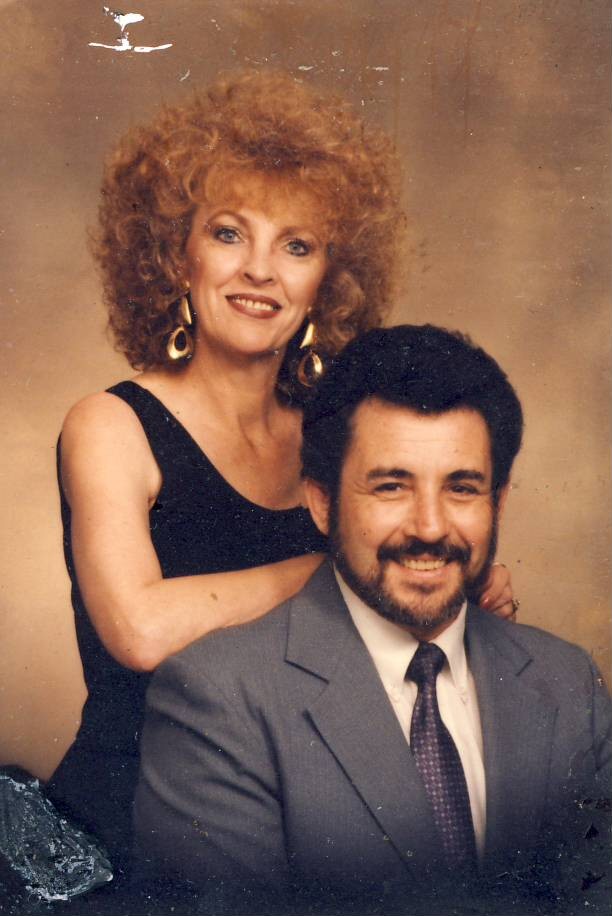 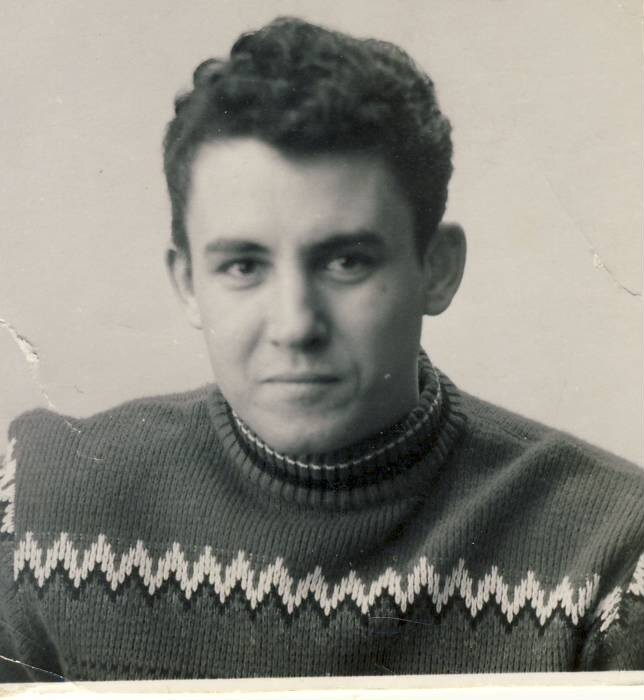 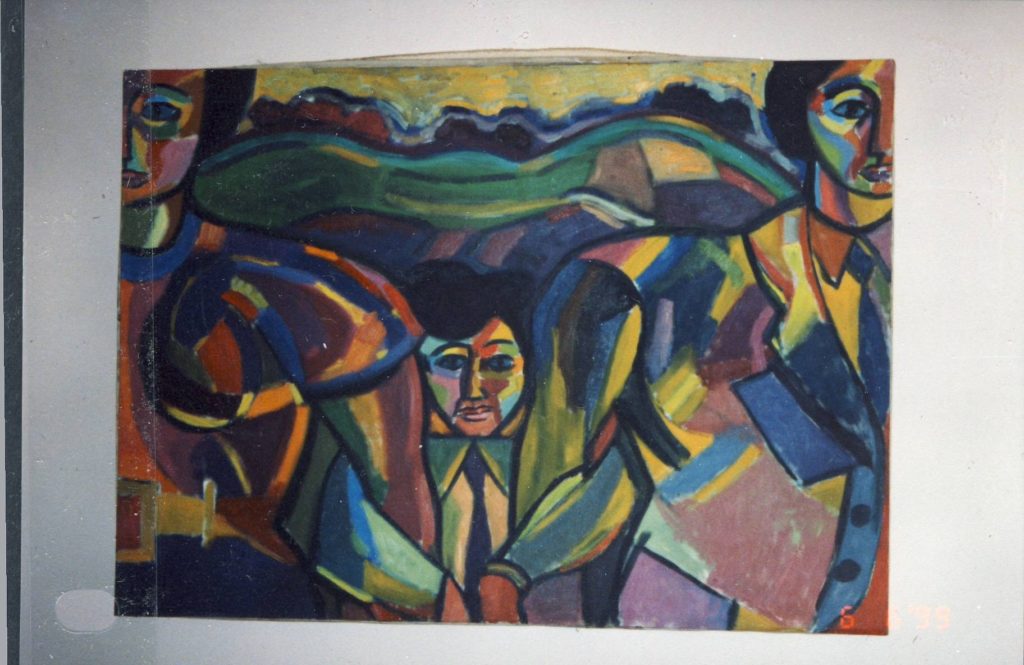 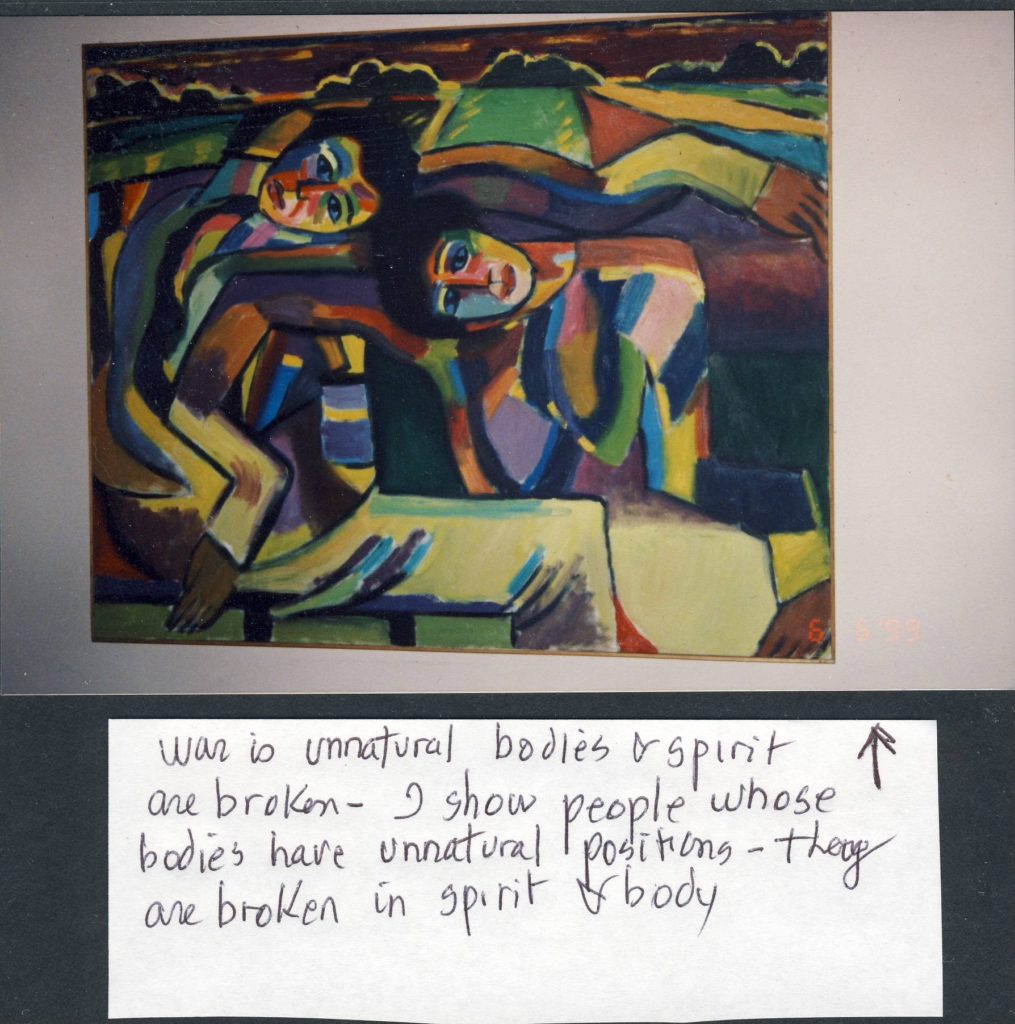 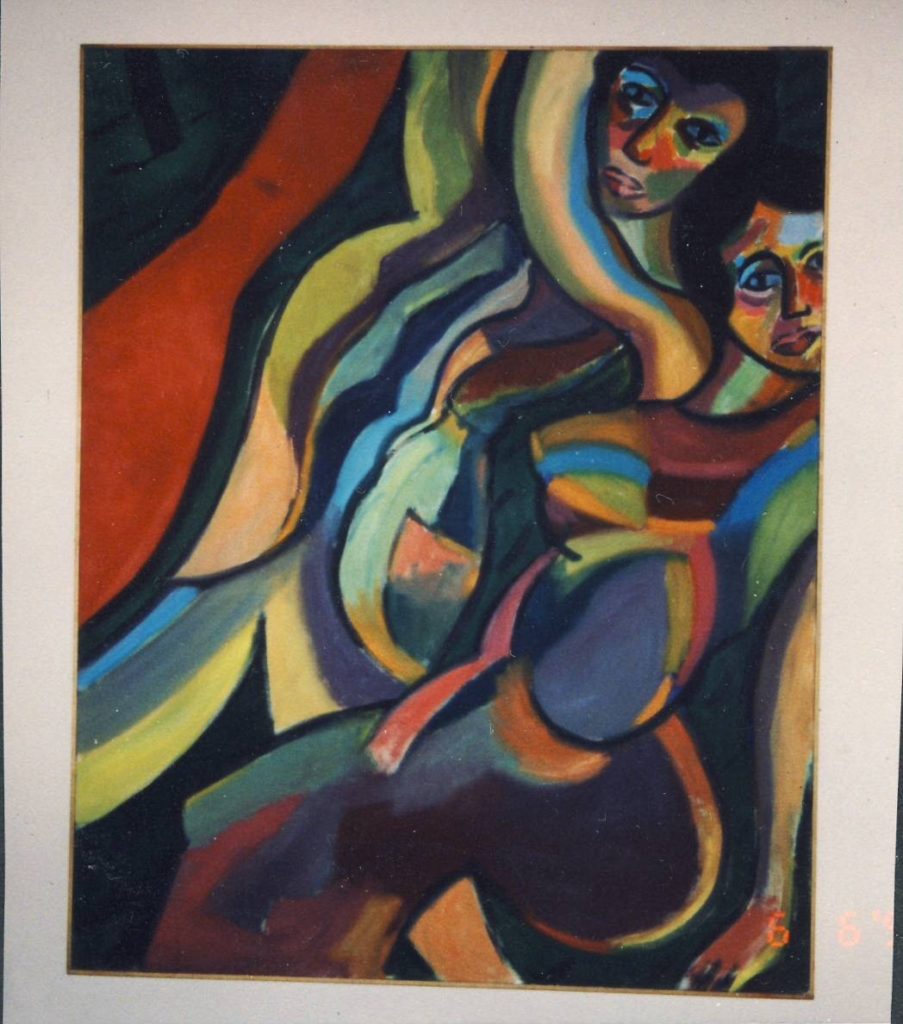 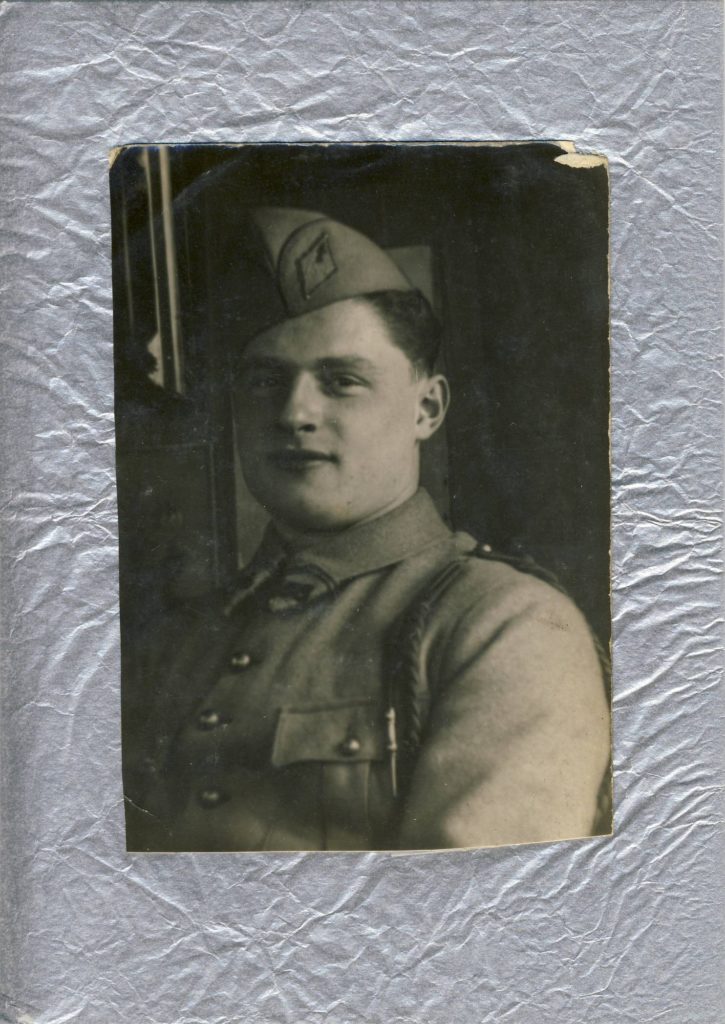 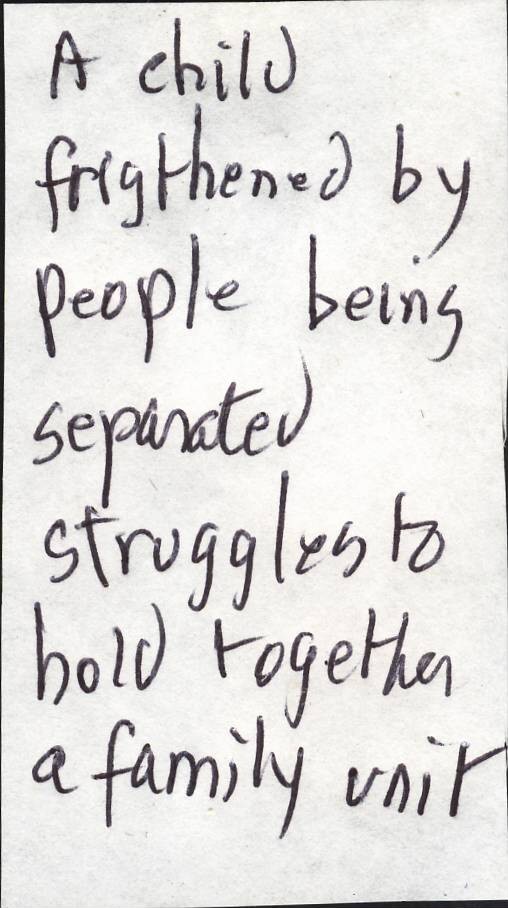 Click on the location markers to learn more about Claude. Use the timeline below the map or the left and right keys on your keyboard to explore chronologically. In some cases the dates below were estimated based on the oral histories.

Start Claude's Timeline
“[My uncle] worked on an orphanage. He loved kids. So he went to work 8 o’clock in the morning, there wasn’t a soul in the place. He was in the office, he found a 13 year old kid hiding under the desk, so he asked him what happened. He said, 3 o’clock in the morning the Germans came in the front door, they encircled the place and ask everybody to step outside and that’s the only kid that lived. So he was crying like a baby when he came home.” - Claude Kruchmar

PRINCE: There’s no explanation for any of this.
KRUCHMAR: At that time, there was no explanation for that. And I feel that, I think that I know for a fact that there is punishment awaiting to those that were responsible, and the only way I was able to, let’s say, put my anger in reverse, cause there was a lot of anger in me for a long time, I was very angry out of everything. And I wanted revenge. And I feel like God will deal with the people in the end when they’re confronted with it, the way they have lived. And I think that I cried for the souls of these thousands (HEAVY SIGH)
PRINCE: For the souls of who?
KRUCHMAR: (BREATHING HEAVILY, EMOTIONAL) For all of them.
PRINCE: All those who perished.
KRUCHMAR: (CRYING) These people were innocent people, they didn’t do anything to anybody. (SNIFFLES) (LONG PAUSE) They were gentle people. I just wish they wouldn’t have been so gentle during all of those years, that’s all.
PRINCE: I’ve never heard anyone put it exactly like that.
KRUCHMAR: Your soul just cries for these people because it’s never been resolved. All kinds of countries were involved…and today that’s not a big issue, look at Pol Pot, he did the same thing in Cambodia.
PRINCE: So the things that happen today, you relate the things that happen today back to the Holocaust.
KRUCHMAR: Well, (PAUSES) the memories of what happened are so vivid today, I can feel the pain, I can feel all of that.
PRINCE: Is it part of your daily life?
KRUCHMAR: Not unless I bring it up. The only time it flares is if see something, they show me pictures of these camps, that really flares it up. When you live through this you never forget it. Nobody can understand how you feel because so many people were ripped out of your life, I have no contact with my past. I have childhood and I have nothing, that’s awful. There’s no roots and you have no connection with your family whatsoever. I’m virtually not even a person, you just feel like your whole life has been torn away. You feel the emptiness is there, it’s always there. (PAUSES) Maybe the way I feel is that this has no right to even happen just top of my head, come up and say something like that. There’s no justification for it. This is a stain on human kind that never will be removed from anything. Anybody that’s guilty of prejudice against anybody finds themself in the same boat as these idiots that created this monstrosity. (CRIES, PAUSES) I wonder about the souls of all these people, where do they go? (SIGHS, CRYING)
PRINCE: Do you want to stop now?
KRUCHMAR: (SNIFFLE)
PRINCE: You’re asking questions that I don’t know if there’s ever any answers for, sometimes when I got involved in this subject myself and I began to read and it seemed like everybody and their brother was writing about it and asking the same questions and speakers come and they talk about it, and it would make us feel better to think that there was some explanation but there isn’t any, except maybe that people have choices. It’s like you say you can’t stand to see somebody hurting someone else, so you make a choice and you stand up and fight for the person that’s getting done. I would like to thank you.
KRUCHMAR: Pardon?
PRINCE: I would like to thank you
KRUCHMAR: Okay.