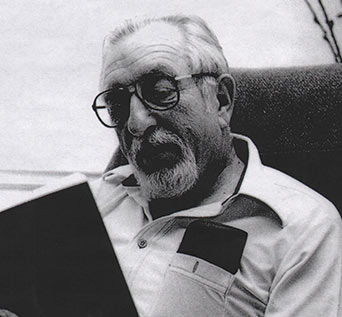 Fred Katz was born in 1920 in Frankfurt am Main, Germany. He lived with his parents and an older sister. The entire family was classified as stateless. As a youngster, Fred was involved with the German Jewish Youth Movement, specifically as a member of Werkleute, a workers’ group. In 1933, he was pressured to switch to a Jewish school, and in 1934 he quit altogether, realizing that the university was no longer open to Jews. He went to work as an apprentice in a factory.

In 1937, Fred went to Munich to join Hakhsharah, preparation for emigration to Palestine. After Kristallnacht, Fred was arrested and sent to a work camp for approximately two months, until January 1939. After this he was able to get to England, where he spent three months in a Jewish refugee camp. He was able eventually to meet up with his parents and sister, who had been living in Holland, and they later emigrated to the United States. 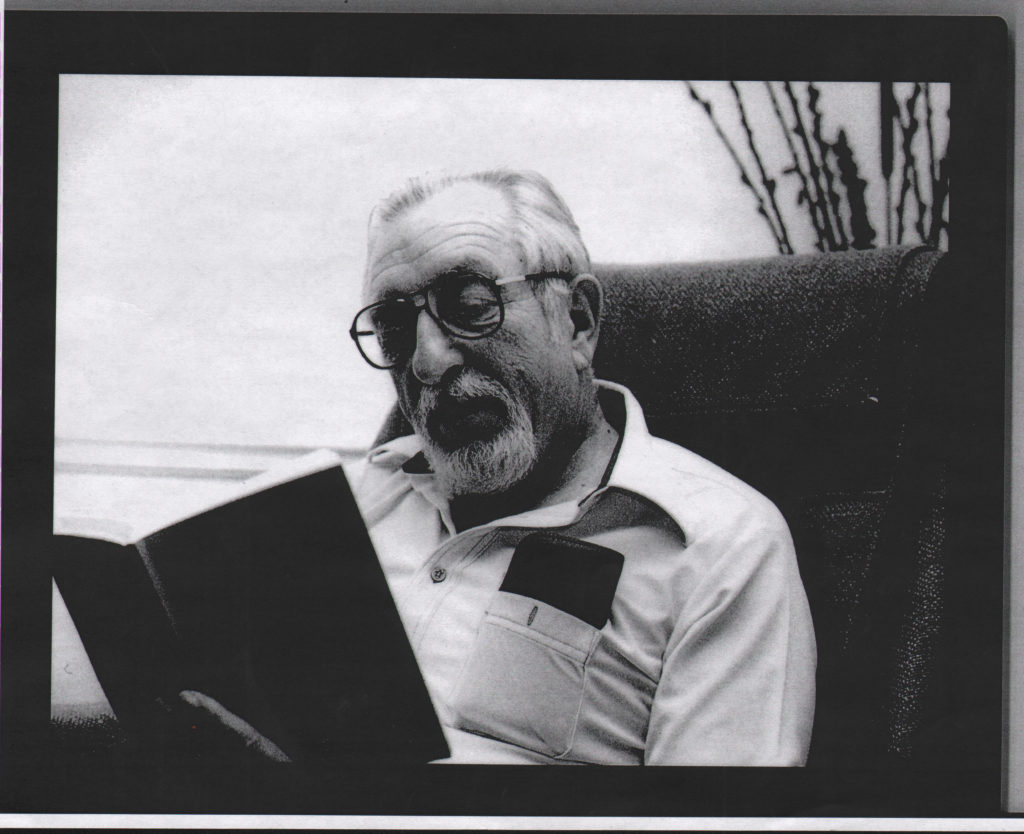 Click on the location markers to learn more about Fred. Use the timeline below the map or the left and right keys on your keyboard to explore chronologically. In some cases the dates below were estimated based on the oral histories.

Start Fred's Timeline
“We were hoping that there would be a war against Germany even though we were living in Germany at that time, because we felt the only way to defeat Hitler was through a war.” - Fred Katz

And he sent me a book which is now, has also been translated in English about the Hitler period. And the book…people started to ask that some good things he feels that also happened during that period. I said to him, “Yes, you know he build nice streets. He built the autobahn.” Just like they used to say about Mussolini…he made the trains run on time in Italy. These things exist, but I feel I wouldn’t go into big conversation with Germans I don’t know.
GLASER: I see. Because you’re really not sure who they were, or what they did at the time, or what their feelings are today about that era?
KATZ: I, I, I, I don’t basically have the opportunity because we don’t meet that type of people in Germany when we travel.
GLASER: Are you staying away from that opportunity?
KATZ: No, no. Not on purpose. We usually stay in a pension-type hotel and you talk to people and they know that you’re from Germany, they don’t ask you. They ask, “How long have you been gone?” And you say, “About 40 years,” and they think, “Oh, I better not even talk to you.”
GLASER: I didn’t realize that. The people in Germany, if they had the opportunity to talk to someone who they could tell, by age, and by the time you left could have had something to do with that era, that the people in Germany don’t raise the issue either.
KATZ: Well even if they had nothing to do, just to be living in that era, in order to be able to continue living, you had to more or less go along with whatever was the prevalent thing – whether you agreed with it or not. You don’t necessarily want to talk about it. It’s like, for instance, a lot of children – we’ve read books – a lot of children left parents because they said to their parents, “How could you do things like that?” But by the same token, the Jews who came back to Germany and are living there, the children apparently said to them, “How could you come back?”
GLASER: Did you ever talk to any Jews who have gone back to Germany to live?
KATZ: No, I talked to a rabbi in Berlin who now lives in Australia who had a congregation in Berlin and a lot of the rich Jews in Berlin came back. They came back because of money.
GLASER: They didn’t come back with anything though?
KATZ: No. They came back because of money.
GLASER: They came back because they knew they could earn a good living?
KATZ: No. Because the State would give them back all the things, you know…
GLASER: Oh, I see, I see. It was an economic issue?
KATZ: There was an economic issue. There were a lot of old people who…I remember my parents had friends who went to India. India was no place for them. They were in their 70s. He had a pension coming from the I.G. Farben Industry, so they went back. What are they doing in India? There were also a number of people in Israel who went back…older people. They were more used to that kind of life.
GLASER: Well there is a life-style. There is a dramatic life-style.
KATZ: Well, it is a western European life-style and of course a lot of Jews in Germany today are ones who fled from behind the Iron Curtain. You’ve got about 30,000 Jews in West Germany…600 in East Germany.
GLASER: That really aren’t Jewish anymore in terms of their practicing Judaism?
KATZ: Who?
GLASER: In East Germany.
KATZ: The 600 are…I’ve got an article. I subscribe to the GDR Review and there’s an article in there. The Jews have been treated like they’re extinct.
GLASER: Oh, like a showcase?
KATZ: I mean they do everything trying to keep them alive, you know. But there are no young ones. They have synagogues. They have communities. They have kosher butcher shops in East Berlin.
GLASER: Oh, more for impressing other people?
KATZ: I don’t know. I guess they want to keep them alive, you know, because they don’t want to be known as the ones who put the “death knell” to what the Nazis did.
GLASER: Well, this is very interesting, Fred, very interesting.
KATZ: I don’t know. You see, I didn’t suffer that much. I am sure you have talked to a lot of people who went through all kinds of really gory details as far as…
GLASER: Fred, I haven’t. I haven’t yet.
KATZ: You haven’t? You talked to Steve didn’t you?
GLASER: Uh huh, uh huh.
KATZ: Yeah, Steve’s a good friend of mine.
GLASER: Is he really? I didn’t know that.
KATZ: Oh yes, Steve’s the oldest friend I’ve got here. I’ve known him since 1945-’46.
GLASER: He’s really a fine gentleman. As a matter of fact, we had an interesting experience. I walked into his living room with this machine and…Well, I’ll turn it off.