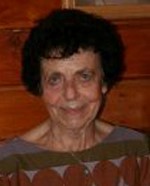 Judita Ilkovics Hruza was born September 26, 1924 in an area of Czechoslovakia that was annexed to Hungary in 1939. In March 1944, two months after Germany invaded Hungary, Judita’s parents, Marta and Otto, were deported to Auschwitz, where they were killed. In fall 1944, Judita was part of a forced march to a labor camp in Koszeg, a Hungarian town on the Austrian border, were she remained for four months. As the death march continued to Mauthausen, in Eisenerz, Austria, she witnessed German soldiers massacre the five hundred fellow prisoners with whom she was marching. Judita was one of 200 who survived. From Mauthausen, the group marched to a camp in Gunskirchen. On May 4, 1945, the 71st Infantry of the U.S. Army liberated the camp. Judita and her friend Anna, both ill from typhus, were hospitalized after their liberation. Eventually, Judita would reunite with her brother and discover that they had lost nine of their beloved family members. Judita became a physician and emigrated to the United States with her husband, Zdenek, in 1970. They had two children (both physicians) and six grandchildren. Though never bitter about her wartime experiences, she was passionate that these not be forgotten and was committed to sharing her history, especially among the young, to ensure that the world would neither forget those who were lost, nor why they died.

Judita joined the Memory Project on Sept. 11, 2013, bringing “First Love” for discussion towards further revision and simultaneously charming her fellow participants with her compassion, intelligence and gentle wit. Sorely missed by all who knew her, she died, less than two months later, on October 28, 2013.